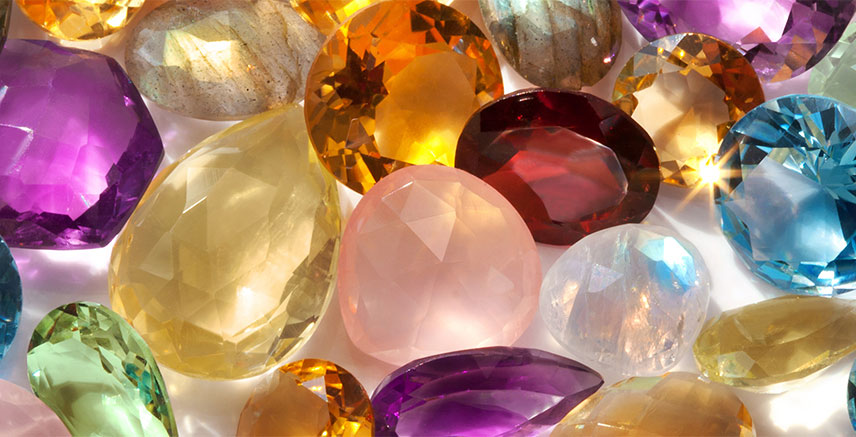 Share on:
As a key driver of the economy, Thailand's vast manufacturing sector comes in different shapes and sizes—and colors, for that matter. One segment to have really emerged as a sparkling export opportunity over the past two decades has been the country's gems and precious stones industry.

With an abundance of raw materials explored throughout the Indochinese peninsula throughout the 20th century, Thailand’s gems and precious stones industry has systematically evolved from cottage level to a large-scale, export-oriented economic driver. In 2015, total shipments from the sector hit a dazzling USD7.18 billion, making the industry the third biggest contributor to national GDP—behind only automotive and electronics. To further cement its position as a pillar of both Thai society and economy, the sector is sustained by 15,777 jeweller entrepreneurs, which employ a total of 1.3 million people. In other words, the industry is heavily SME-dominated—approximately 90%.

Boosted by government incentives and a growing global appetite for precious stones, the industry is on course for another strong year ahead—with 1Q2016 exports rising 3.1% year-on-year to USD1.98 billion. Moreover, according to Suttipong Damrongsakul, President of the Thai Gems and Jewellery Traders Association, the growth figure is expected to hit 10% by the end of the year, pushing total export revenues to $7.89 billion in 2016. These projections put Thailand amongst the top-10 gemstone exporters in the world.

However, the country’s raw material resources have historically been scarce, and as such the industry has had to develop unique, creative means in order to latch onto the global supply chain. As Damrongsakul explained in his recent, exclusive interview with TBY, the journey starts with raw uncut gems, which are mainly imported from Myanmar, Sri Lanka, and several African countries, and then treated in Thailand by “the most skilled workforce in the world in terms of cutting, polishing, and working rough stones.” Then, through a sophisticated international retail and distribution network, the finished products make their way to key export markets, which include the US, Hong Kong, EU, India, and Japan.

Despite the overwhelmingly positive short-term outlooks, however, Damrongsakul envisages fierce regional competition further down the line. Although “we are the leading ASEAN country in terms of volumes and capability… other countries, such as Vietnam, Indonesia, Philippines, and Burma have cheaper labour and also the raw materials that we do not have. Soon we expect those countries will have their own jewellery industries, too, because they will not just be content with selling rough stones to Thailand.” As a result, local producers have been urging the government to drop its import duty on rough stones, arguing that they ought to collect their revenues from the finished products—an issue, which the Thai Gems and Jewellery Traders Association President says is “fully supported” by Prime Minister Gen. Prayut Chan-o-cha.

One initiative that the government has outright backed has been to promote the Bangkok Gems & Jewellery Fair (58th edition from September 7-11, 2016) as one of the top three events on the global precious stones calendar. Following the successes of the 2015 event, which was opened by the Prime Minister himself, the upcoming fair is expected to attract up to 30,000 international participants, as well as 400 leading operators and exhibitors. In order to attract the world’s best exhibitors and fend of competition from nearby gemstone hubs such as Hong Kong, the event’s host, Thailand’s International Trade Promotion Department is reportedly planning to cut exhibitors’ expenses by 25%.

And if the Bangkok Gems & Jewellery Fair is the industry’s gala event, then the Siamese ruby—the “King of Gemstones”—will be its star. Famed for its origins in Thailand (former Siam), the rare gem has helped affirm the country’s reputation as a key player in the global trade. So much so, that in March this year the government and local industry leaders announced that Bangkok would also host the world’s first Ruby Symposium in 2017.