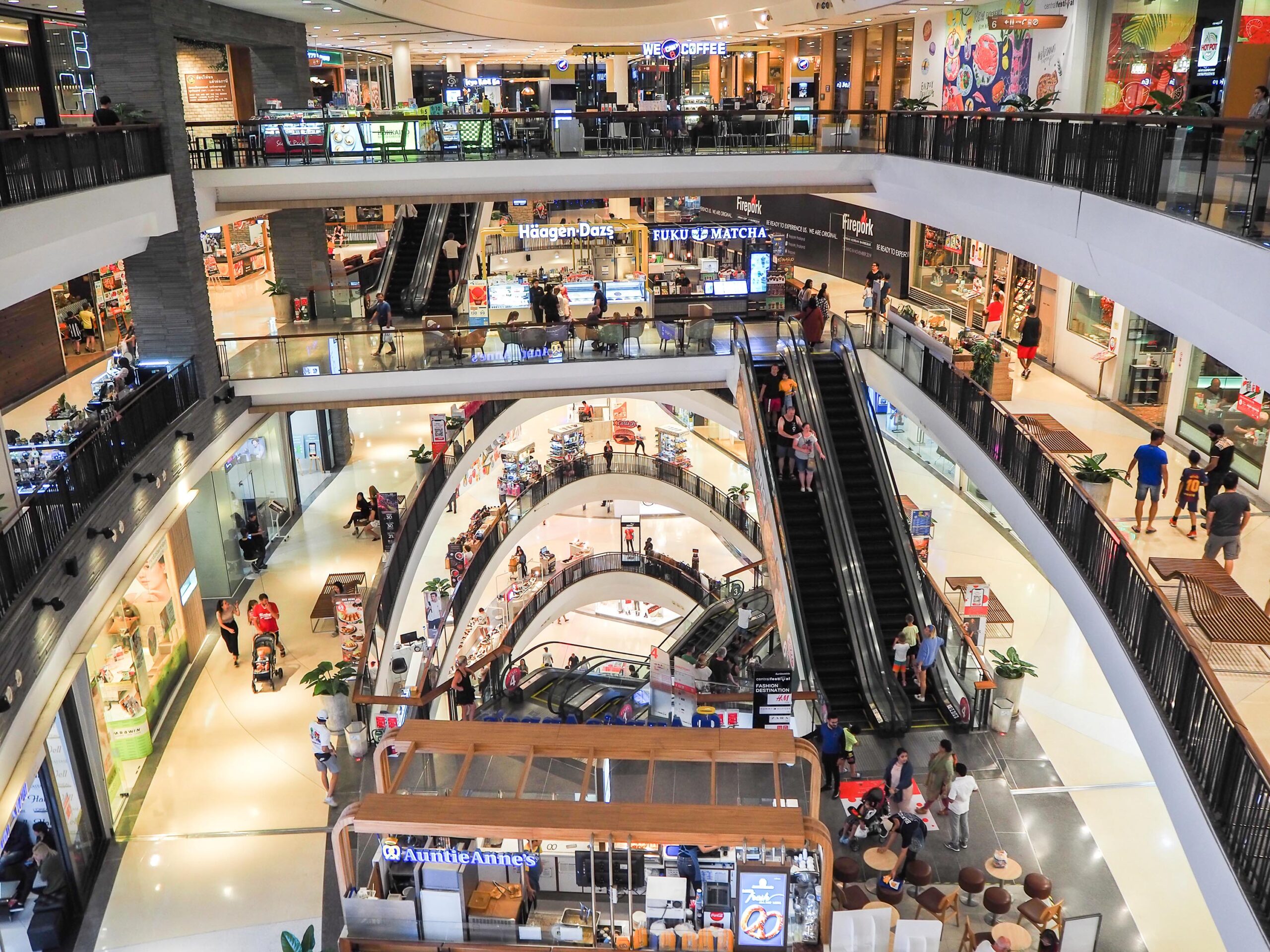 Share on:
The boom of Thailand’s tourism industry in recent decades has naturally helped pave the way for several other, complementary sectors to flourish in the local market, including transport, real estate, […]

The boom of Thailand’s tourism industry in recent decades has naturally helped pave the way for several other, complementary sectors to flourish in the local market, including transport, real estate, and, crucially, retail. In the capital, few factors have had such an impact on the city’s landscape or urban culture than the rapid emergence of shopping malls and hypermarts, which have been at the forefront of the retail industry’s surge.

Thailand’s shopping mall business has been dominated by two major players: Central Group and The Mall Group. Collectively, the pair own and operate in excess of 40 malls across the country as well as a number of landmark mega-malls, such as Bangkok’s Siam Paragon (400,000sqm), CentralWorld (830,000sqm), or CentralPlaza Westgate (500,000sqm) in the Nonthaburi province. Together, they contribute to an industry valued at an overall USD90 billion annually in revenues, which directly provides 200,000 jobs across the country and a further 150,000 through indirect employment.

Yet, retailers have not been immune to setbacks and downward market trends, particularly those caused by political protests that began in the capital in November 2013 and impacted tourist arrival numbers for many months after. With the retail industry enjoying a decade-long heyday from 2002-2012 (growing approximately 8% per year), sales came to a standstill between 2012 and 2015, contracting an average of 3% each year. However, with the country’s political stability secured, and backed by recent forecasts that Thailand expects to host a record 33 million international visitors this year, the government is gearing up for a strong industry-rebound in 2016.

Above all, it has pledged to launch a series of long-term stimulus packages—estimated by retailers to be worth over USD50 billion—in order improve consumer purchasing power in the market. While it is still unclear exactly how such funds would be allocated, they are believed to be directed at introducing a number of retail-related tax incentives, as well as general infrastructural projects aimed at spurring both commercial and residential real estate developments, according to Chatrchai Tuongrattanaphan, the director of the Thai Retailers Association (TRA).

Given these factors, the TRA expects retail sales to drastically improve from last year’s estimates of 2.8-3%, and near the 6% growth mark in 2016. As such, local mall developers are actively exploring expansion opportunities—both within Thailand and in neighboring countries—to gain a firmer footing in the industry’s new age.

According to Colliers International Thailand, a further 375,000sqm of retail space will be added in Bangkok and surrounding areas this year as more than 10 projects prepare to launch. Moreover, with another 574,000sqm nearing completion in 2017, the city’s total retail space is expected hit a record 8.3 million sqm. With this boost in space, consumers can also expect a wider product basket as over 1,000 brands, particularly in the food and fashion industries, look to enter the local market over the coming years. However, the industry is not solely relying on the country’s growing mall-addiction, despite the segment occupying the largest share of total retail space (4.2 million sqm). 2016 also signals a new era for smaller community malls and hypermarts, with the former recognized as the fastest growing retail segment: from 300,000sqm in 2007 to 1.15 million sqm in 2015. Smaller chains, including Makro, Big C, Boots, and Tesco Lotus are likewise planning nationwide expansions as they target middle-class growth in provincial areas. In particular, CP All, which operates the 7-Eleven franchise in Thailand, has announced it will pump a further $142 million into opening another 600 stores nationwide and renovating existing ones.