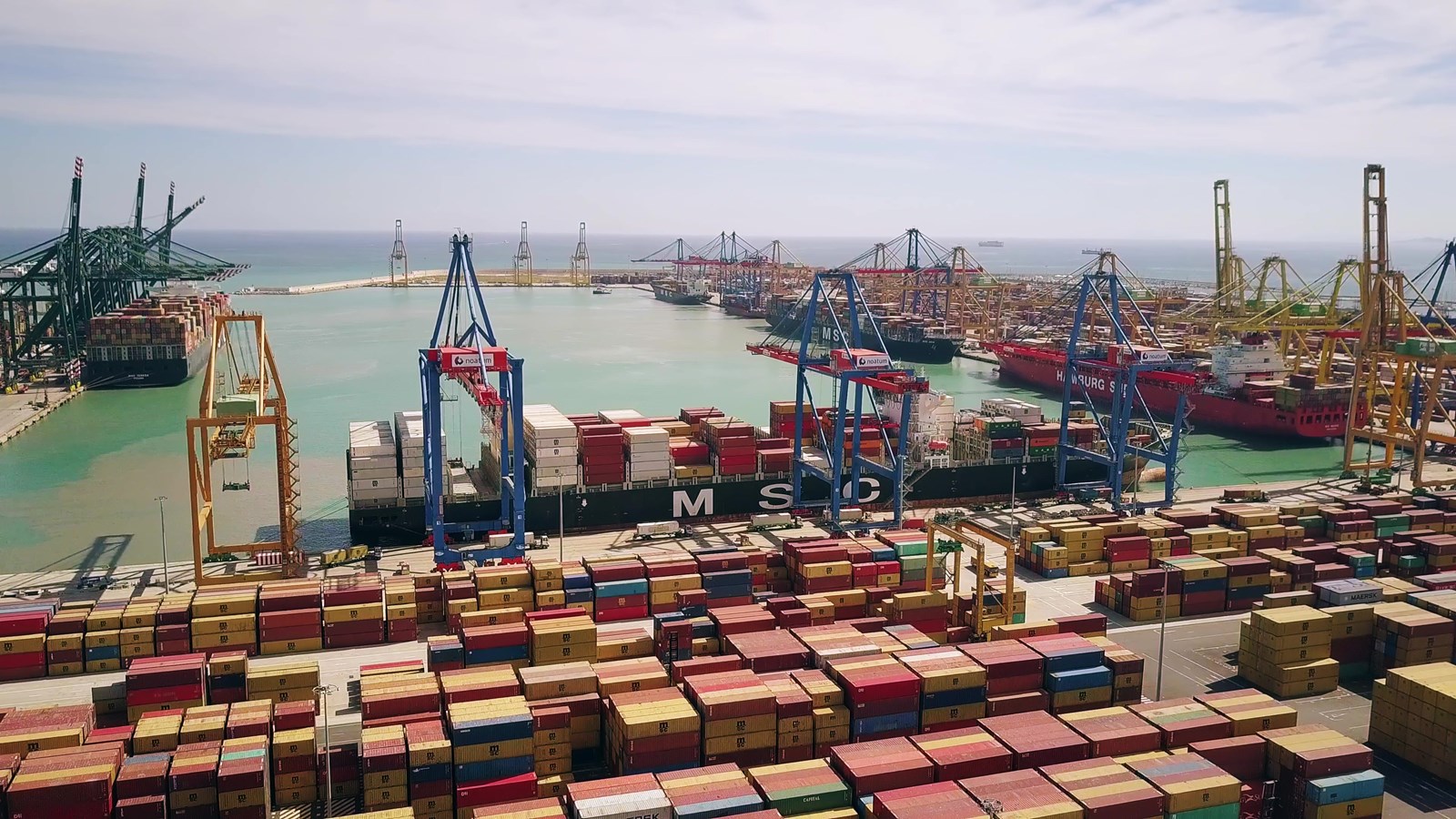 The Port of Valencia

Share on:
Amid rising regional competition, the Port of Valencia continues to improve its offering, while complying with the forward-looking demands of the industry.

Located on the Mediterranean Sea, in eastern Spain at the mouth of the Turia River, the Port of Valencia today boasts the high-end facilities associated with both commerce and tourism. There is evidence, however, of trade along this coast since antiquity. Its modern incarnation dates back to a royal order of 1884. A century later, a royal decree united the ports of Sagunto and Gandia with the autonomous Port of Valencia to form today’s facilities.

For May 2019 alone, the three ports managed by Autoridad Portuaria de Valencia (APV) marked total traffic of 491,092 TEUs, up 6.26% YoY. The increase is due to greater foreign trade of full containers, with exports up 9.77% and imports higher by 7.31%.
Port of Valencia had approached container traffic volume of 5 million TEUs back in July 2018, when it registered 4,981,511 TEUs over the previous 12 months. For 5M2019, container traffic at Valencia’s port rose 10% YoY to 2,298,602 TEUs. Alongside with 8.53% more imports, full containers were up 7.3%, while export volumes climbed 5.02% and transit volume 7.81%. Meanwhile, empty containers rose by a 19.52%. In terms of total traffic, Valencia’s port accounted for 33,998,049 tons to May 2019, up 7.12% YoY.
In May 2019, the Port of Valencia rose from fifth place to fourth for busiest in Europe, according to the European Sea Ports Organization (ESPO), having surpassed Bremen’s spot for container cargo. While the German port handled 1,241,690 TEUs in 1Q2019, the Port of Valencia moved 1,355,026 TEUs, which was down 7.7% YoY. However, a month later, the total traffic at Valencia was 452,848 TEUs, up 5.92% YoY.
Industry 4.0 reached the Costa del Azahar industrial area in June 2019, with the launch of iTerminals 4.0. The new technology can enable digital port container processing. The project, coordinated by the Valenciaport Foundation, was funded by the Connecting Europe Facility (CEF) Program of the European Commission. Such facilities leaning on IoT technologies can expect to benefit from greater efficiency and cybersecurity, but also a reduced carbon footprint.
Separately, in June, the port completed the installation of automatic access doors at the CSP Iberian Valencia Terminal. The OCR system, employed at the eight entrances and five exits, automatically records data from all trucks and their loads, expediting traffic at the terminal through use of a single bar code.
The exacting environmental requirements of the shipping industry mean that by 2020 large ports will feature their own electricity supply systems to supply docked vessels. The Port of Valencia is now set to tender its electrical substation project in 4Q2019. The scheme, involving an estimated investment of EUR8 million, will supply large vessels to curb emissions resulting from their engines. Passenger vessels refueling at the Valencia cruise terminal remains an issue.
With trade a geopolitical bargaining chip, the shipping business remains fiercely competitive. Valencia’s port’s marketing calendar keeps its standard flying. Between September 17 and 19, 2019 Valencia hosted the XI Cool Logistics Global conference, a key European event for refrigerated products logistics. Valencia is also set to organize the Mediterranean Ports & Shipping Fair, scheduled for 2021.
In 1H2019, Morocco opened two new terminals at Tanger Med Port, ranking it among the world’s top 20 largest container ports. Significantly, it has the largest capacity in the Mediterranean, able to move 9 million containers. The Port of Valencia sees over 50 weekly connections with around 10 Moroccan ports.