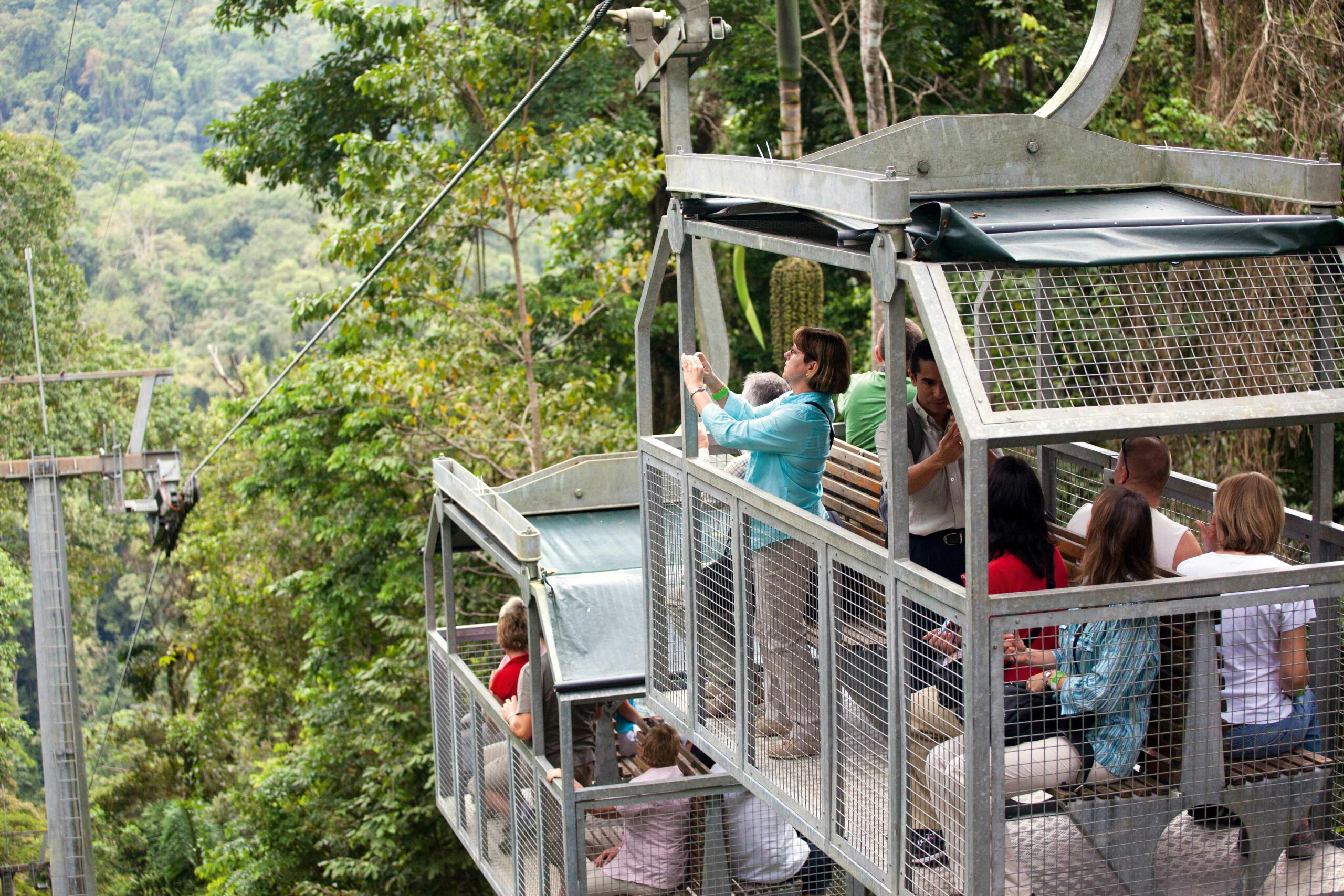 Share on:
Growth in the high-tech manufacturing and ecotourism sectors has made Costa Rica's economy a regional leader and gives it a strong foundation upon which to build.

Costa Rica’s economy has received international attention in recent years as one of Latin America’s foremost success stories. High rates of public investment have led to significant improvements in education and health outcomes, giving the nation the human capital needed to build an economy that uses value-added manufacturing and services to generate revenue. Long gone are the days when coffee and banana farming and textile manufacturing were the core of the nation’s economy; today, Costa Rica has a robust high-tech manufacturing sector that uses a network of free trade zones (FTZs) to export materials to key western markets. On the services side, the nation has become a hub for ecotourism thanks to its pioneering environmental efforts. It has set the goal of becoming the first carbon-neutral nation in the world, and views this as part of its plans for economic growth; thanks to the growth in ecotourism, its natural resources have become an even greater part of its economy in recent years. Moving forward, Costa Rica’s focus is on continuing to provide public services in the face of a growing deficit, forming new ties with Asian economies, and continuing to be a hub for high-tech industry in Latin America.

Costa Rica’s GDP per capita has more than tripled in the past two decades and is now more than 30% above the regional average for Latin America. The last decade has seen consistently strong GDP growth; with the exception of a contraction of 1.7% in 2009 in the midst of the global financial crisis, Costa Rica’s annual GDP growth was above 4% every year from 2003 through 2012. After dropping to 2.2% in 2013, the country rebounded with 4.7% and 4.3% growth in 2015 and 2016, respectively. Social welfare has been lifted by the rising tide, with educational attainment and quality of life among the best in Latin America. Poverty rates, on the other hand, have been more difficult to move but have seen marginal improvement in recent years; census data indicates that the poverty rate fell from 22.3% in 2014 to 20.5% in 2016, bringing over 300,000 families above the poverty line. In contrast to the rest of Latin America, inequality has widened since 2000, and today the nation’s GINI coefficient of 0.487 is right at the regional average.

However, one of the primary drivers of Costa Rica’s good fortune has also contributed to one of its most pressing economic problems: the widening fiscal deficit. Costa Rica’s high levels of public spending have led to growing deficits since 2009, and its debt has received downgrades to below-investment grade from international rating agencies over concern over the country’s fiscal position. Tax revenues are low and even strong GDP growth has been unable to keep revenues on pace with public spending, leaving it open to shocks from the external trade partners it depends on to fund spending. After hitting 6.9% of GDP in 2016, public spending cuts brought the fiscal deficit down to 4.6% of GDP in October 2017, but public and international officials recognize that further policy changes are needed to lay a strong fiscal foundation.
In 2017 the government began work on four bills aimed at increasing tax revenues and decreasing public sector spending, but the bills were tabled in the summer in the face of a general strike from public-sector workers. As the country looks to restore confidence and increase revenue, tax revenues, which are well below OECD averages, will have to increase. The path forward will likely include personal income, value-added, and corporate taxes, though any policy will have to take care to avoid a regressive effect that deepens inequality. Taxes are likely to be at the core of fiscal reform efforts, but international observers have called for spending cuts as well. Costa Rica’s public-sector wage spending as a share of GDP is higher than the OECD average, and the bureaucratic and fragmented nature of the public sector has led to waste and inefficiency. The government has begun to consolidate control to gain a better understanding of the efficiencies that can be achieved, but the politically fraught nature of the project means that progress might be slow.

Two key areas for the Costa Rican economy are its FTZ regime and stable of international agreements and environmental sustainability efforts. Established with Law 7210 in 1990, Costa Rica’s FTZ system offers tax exemptions to firms that manufacture products for export in designated industrial zones. The program has been a marked success in recent years; the Costa Rican Foreign Trade Promotion Agency has estimated that the country receives USD6.20 in benefits for each dollar of incentives granted. More than 120,000 Costa Ricans were either directly or indirectly employed by FTZ industries, and the well-paying nature of the sector—average wages in FTZs are 1.8 times the private sector range—have provided a valuable source of private employment in a country that has struggled at times to offer high-wage jobs outside of the public sector.
Faced with growing competition from Asian and other Central American markets, Costa Rica’s FTZ program has focused on high-tech manufacturing, taking advantage of the country’s high-skilled workers to differentiate itself from markets with lower labor costs. The strategy has been largely successful; high-tech products, which accounted for 4% of total manufacturing exports in 1996, made up 43% of the country’s exports in 2016. Not content to rest on its laurels, the Costa Rican government has worked to add to its stable of trade agreements, meeting with Chinese trade leaders to discuss the creation of a Chinese-funded industrial zone.
At the opposite end of the industrial spectrum, Costa Rica has become a global leader in leveraging environmental sustainability to create unique economic opportunities. Policies instituted in the 1970s and 1980s have dramatically improved the nation’s environmental position, returning forest coverage from a low of 26% in 1983 to 52% of the country today. In 2015 the government pledged to become the world’s first carbon-neutral country by 2021 and reduce total net emissions by 25% by 2030. Far from serving as a brake on economic growth, Costa Rican leaders have used the nation’s reputation as one of the most environmentally-friendly nations on earth as a tourist draw, pioneering new ecotourism options that helped it draw a record 2.9 million visitors in 2016. The USD3 billion tourism industry is projected for additional growth in the long term, and Costa Rica is building a new international airport with a capacity of 50 million passengers per year to meet expected demand. Long established in the US market, recent years have seen growth in arrivals from Europe and Asia thanks to increased marketing and the debut of new air travel routes. Never satisfied, Costa Rican officials are targeting China as a promising source of new revenue and have begun to form new connections with key Chinese travel firms.