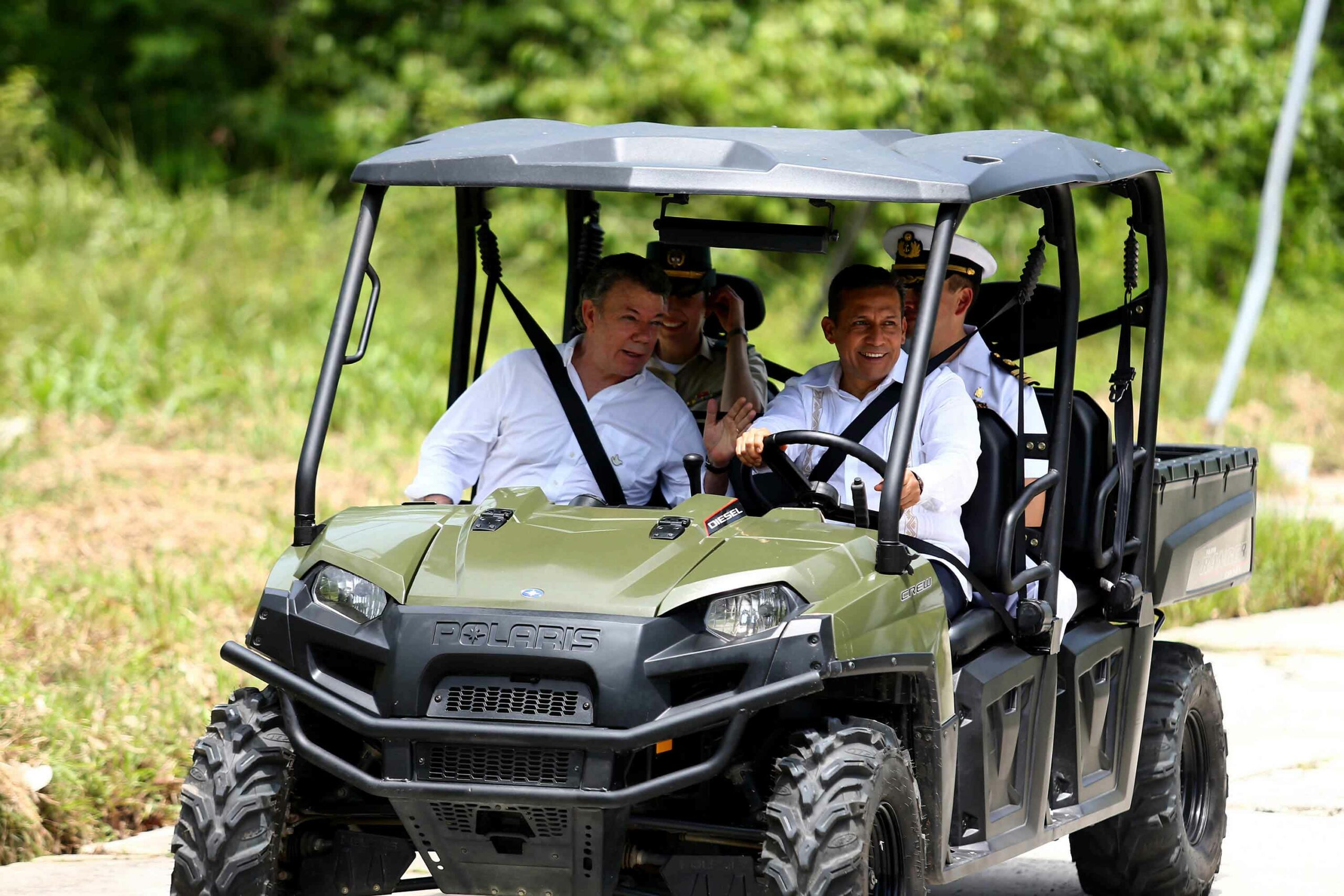 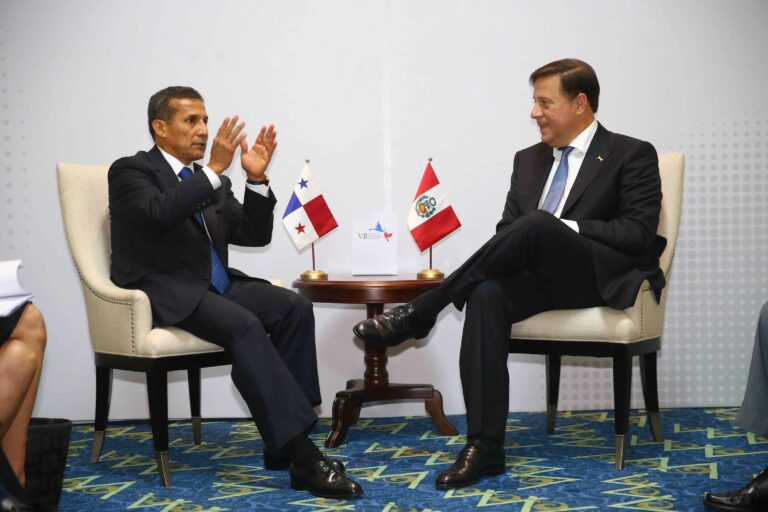 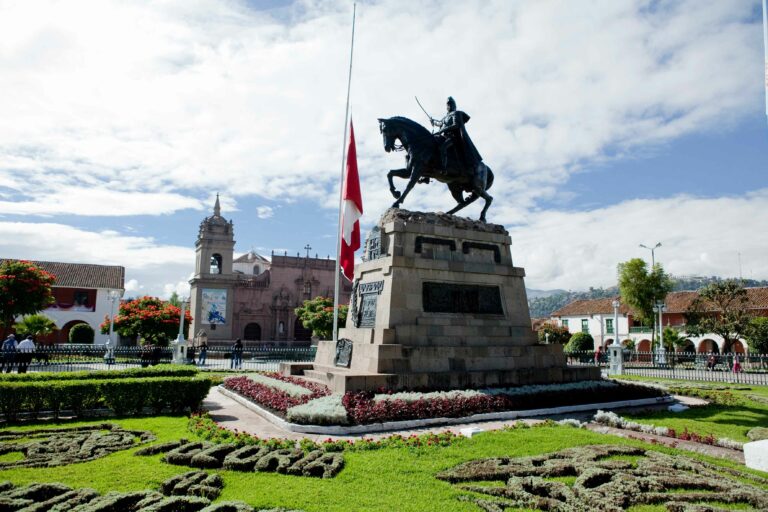 While inking deals that are increasing its influence in international trade and economics, the real diplomacy is taking place in kitchens across the world and at dining tables where customers can't get enough of Peru's choritos a la chalaca.

Acountry’s soft power, according to Joseph Nye who coined the term, lies in its culture, its political values, and its foreign policy, as opposed to hard power, which is contingent on a states ability to project coercive power into the international sphere. In recent years, Peruvian cuisine, culture, and political influence have garnered international acclaim as its diplomats signed a series of important treaties and trade agreements. And while Peru pushes outwards, countries like China and Korea have expended considerable energy to make sure that their interests—and cultures—have a presence in the country as well. This has engendered a progressively outward looking and cosmopolitan populace where multilingualism is increasingly the norm, and where the leadership embraces its growing role in the international community.

Peru has dealt with its share of political turmoil, faced down an insurgency, and has fought a long battle to improve political transparency. From economic stagnation throughout much of the 20th century, to a Maoist insurrection, their defeat by the somewhat less unsavory President Fujimori, and on to democratic consolidation and improvement of human rights under successive presidencies up to the current Humala administration, Peruvians have arrived at a hard fought, and well deserved period of respite and stability

In a landmark legal case in 2009, former President Fujimori was convicted for “crimes against humanity,” and sentenced to 25 years in prison on charges of corruption and human rights abuses. Many Peruvians, and international observers regard the court’s decision as a major accomplishment for Peru’s judicial system. More than a decade on, his daughter Keiko Fujimori leads the pack of potential candidates for the 2016 presidential elections—her second run after losing to President Ollanta Humala, who won the 2011 elections and was sworn in as Peru’s president in for a five-year term.

Possible contenders are already eying a run in the 2016 presidential elections. Standing presidents are constitutionally barred from running for consecutive terms, so President Humala will not stand for reelection. Among those expected to be on the ballot are two former presidents, Alan Garcia and Alejandro Toledo. President Humala’s extremely popular wife, Nadine Heredia, has been active in social development issues, and is influential within her husband’s administration, but she too is barred from running. Peru’s electoral laws are explicitly strict to preclude the kind of corruption and nepotism that marred earlier elections. Congressional elections will also be held in 2016.

Peru is a presidential representative democratic republic. The government is divided into three distinct branches: the executive, the legislative, and the judicial branches. The President is elected by popular vote for a five-year term. The 1993 Peruvian constitution allowed for two terms, but following Fujimori’s tenure, a constitutional amendment in 2000 barred re-election. The president is both head of state and head of government.

The Council of Ministers is the country’s principal executive body, comprised of 15 ministers, and headed by the prime minister. All these positions are appointed by the president, however all positions must then be ratified by Congress, much like the US presidential cabinet. Executive laws sent to Congress must first be ratified by the Council of Ministers.

The legislative branch is structured as a unicameral Congress with 120 members, who are popularly elected for five-years terms. These congress members represent parties within a multi-party system that precludes any one party from monopolizing the discourse or decision-making process. Congress passes laws, ratifies treaties, approves the government budget, and authorizes government loans

A 16-member Supreme Court ensconced in Lima heads the judicial branch. 28 superior courts make up the second level, each having jurisdiction over one of 25 judicial districts which roughly correspond to the 25 regions of Peru. The third level contains 195 trial courts, which are provincial. There are 1,838 of the lowest level of courts, each with jurisdiction over a single district.

Under President Humala, Peru has integrated into the world economy through free trade agreements with the US and other key trade partners such as Canada, Chile, China, Japan, Singapore, South Korea, and Thailand with more in the works. Starting in 1998, Peru joined the Asia-Pacific Economic Cooperation (APEC), one of the earlier efforts to promote economic relations between Peru and Asian countries. Peru is an active APEC member, and hosted the organization’s summit in 2008. Peru also hosted the third South American-Arab Countries Summit in October 2012. The event drew 21 Middle Eastern and 11 South American countries and concluded with an agreement between the Union of South American Countries (UNASUR) and the Arab League to create an investment bank to fund joint projects. Peru signed another important agreement later on, with the Gulf Cooperation Council (comprising Bahrain, Kuwait, Oman, Qatar, Saudi Arabia, and the United Arab Emirates) to increase commercial ties and technical cooperation. Finally on March 1, 2013, after nine years of negotiation, a free trade agreement with the EU went into effect.

Another important agreement on the horizon is the Trans Pacific Partnership, where negotiations are taking place to balance the interests of the 12 potential signatories— Australia, Brunei, Canada, Chile, Japan, Malaysia, Mexico, New Zealand, Peru, Singapore, the United States, and Vietnam—with their respective economic differences and stages of development. Matters such as varying ability to enforce environmental protocols and currency manipulations by less developed countries have negotiators working overtime, but with names like Obama and Nieto behind the bill, it looks like Peru will have yet another mechanism to bolster its trading position. In April 2015, Korean President Park Geun-hye made an official visit to promote a FTA between the two countries. Speaking to a local paper, the Korea’s president explained that, “With regard to the Korea-Peru Free Trade Agreement, both countries will be expanding their bilateral cooperation mainly in high-added-value and new industries such as infrastructure, health care and medical treatments, and new and renewable energy.”

While the attention paid to economic treaties, defense agreements, and political cooperation are great news, nothing about this discourse is uniquely Peruvian. Economic deals of this sort are innately uniform—with all signatories playing by the same rules in the same game. This puts the onus on Peru’s cultural ambassadors to proselytize its remarkable culture. And for those lucky enough to have sunk their teeth into a rocoto relleno or a choritos a la chalaca, they know that the heavy lifting takes place in the kitchen.

Backed by Peru’s Export and Tourism Promotion Board campaign to promote the country’s cuisine, Peruvian chefs conquered the international culinary scene and established their unique cultural stamp from San Francisco to London. Foreign foodies flocked to Peruvian restaurants such as Lima, Coya, and Ceviche in London and Mi Lindo in San Francisco’s Mission district. The Stranger asked, “is there room in Seattle for more Peruvian Chicken,” with its “juicy, fall-off-the-bone-tender meat with salted, crispy skin along with a squeeze bottle of a heavenly garlic-, jalapeño-, and cilantro-spiked green sauce?” After extensive research the magazine’s food critic arrived at the verdict that yes, there was room. In fact, there was always room for more.