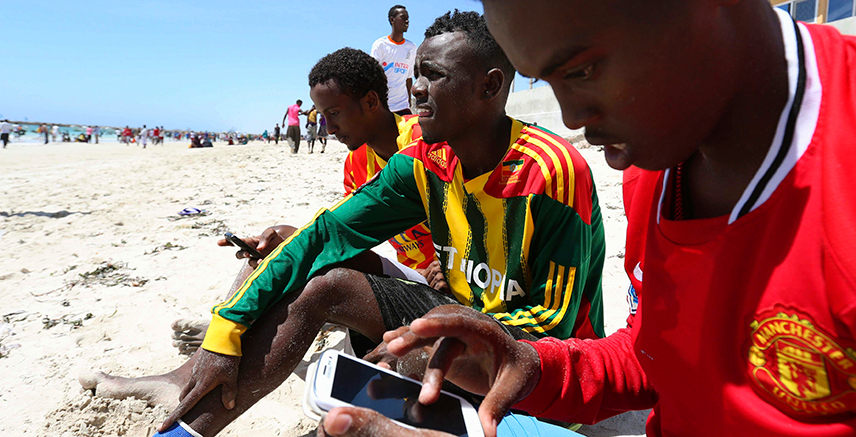 Share on:
When a commercial ship accidentally cut an undersea cable connecting Somalia with the World Wide Web in late June, the country felt like it was thrown back into the stone age.

In recent years, the concept of “leapfrogging” has been lauded as a chance for developing nations to bypass out-dated technologies and catch up with developed nations.

In Africa, for example, the age of dial-up internet was short-lived, as by the time the technology was introduced on the continent, satellite and broadband accessibility had become cheap to install.

The progression to this new technology occurred much quicker than in Europe or North America, where markets had to wait for the technology to be developed and perfected first.

Across Africa, mobile financial services have exploded in popularity as residents of remote areas without access to physical banking facilities got, for the first time, direct access to electronic means of payment.

Access to information and telecommunications have also seen unprecedented growth.

In the case of Gabon, for instance, with a population of 1.7 million, there are 2.937 million active SIM cards.

There was never a widespread distribution of landline connectivity in Gabon so out of 2.956 million active accounts, only 18,000 are landlines; just 0.6% of the total.

The same happened in Somalia. In 2012, the country limited dial-up and satellite internet penetration.

Then, in 2013, the country hooked up to a fibre optics cable coming from Kenya. The shift was described by BBC at the time as a sort of cataclysmic “culture shock,” with people flocking to internet cafes and hotels to watch videos on YouTube for the very first time.

Obviously, this was only true for the relatively small share of the population (13%) that lives in the capital Mogadishu, and admittedly, probably for only a relatively small number of those, but the shift was there.

For a country where mobile internet has been banned due to terrorist threats of militant group al-Shabab, the availability of access was quite exciting.

We cannot imagine a banking system today without reliable internet access, or a government administration that is not able to share or access its files when needed, or indeed a police service that depends on paper files to know who to arrest.

Today, access to the internet in Somalia remains limited to 1.6% of the population, and only in Mogadishu, but the effects on business have spread quickly and are pervasive.

So, when on June 23, 2017, a commercial ship accidentally cut an undersea cable connecting Somalia with the World Wide Web, the country felt like it was thrown back to the stone age. Media, businesses, and government services were frozen.

According to the government, the situation is a “major disaster,” costing the country USD10 million per day, according BBC.

According to the World Bank, Somalia’s gross domestic product in 2016 was USD6.2 billion, which, divided by 365 days, turns around USD17 million dollars per day of wealth production in the country.

As crude as this approach may be, it gives some sense of just how disruptive this situation has become, with the country losing around 60% of its capacity to generate wealth due to one broken undersea cable.

A considerable part of this relates to international remittances sent electronically by the Somali diaspora. The continued conflict has resulted in 2 million people now sending money back to the country from abroad.

The World Bank estimates these remittances alone account for USD1.4 billion, or almost a quarter of the country’s GDP.

Two weeks into it, and the cable still hasn’t been repaired.

Congo-Brazzaville suffered with the same issue in June when damage to the country’s main submarine cables, just off Pointe-Noire, cut access to the internet for two weeks.

Beyond the damage to Somalia’s economy, this story shows the inherent risks of bypassing redundancy in a technological environment based on “leapfrogging,” an issue always very difficult to overcome.

Nobody is going to build a landline system when you can go wireless. and no-one will invest in a postal communication system if they can give people access to email.

However, dependency on one fragile infrastructural development poses great risks to developing nations, equal in gravity to concerns about national security and economic sustainability.

Due to the very pervasive nature of internet-based services, which are disruptive simply because they allow for an unprecedented improvement in efficiency, structural dependency becomes almost immediate for vast swathes of the economy.