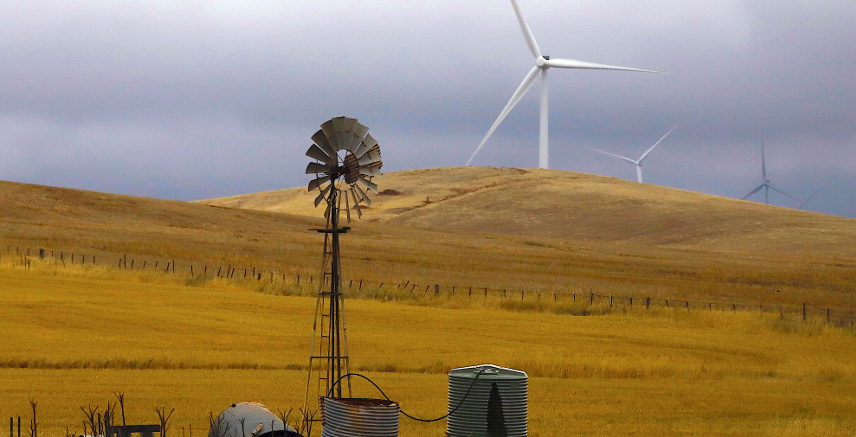 Share on:
As South Australia pushes for renewable energy innovation, we take a look at what that means for the future of energy.

An old windmill stands in front of wind turbines in a paddock near the Hornsdale Power Reserve, featuring the world’s largest lithium ion battery made by Tesla, located on the outskirts of the South Australian town of Jamestown, in Australia, December 1, 2017. REUTERS/David Gray

Against the backdrop of the Australian central government’s increasing focus on coal-driven power generation, the state of South Australia is fighting against the wave and pushing large-scale innovative projects directed at a more sustainable and environmentally friendly future.

Just yesterday, the state’s officials announced the signing of an agreement for the construction of the country’s first ever green hydrogen electrolyser plant, which will be built near Port Lincoln.

Hydrogen Utility and ThyssenKrupp will lead the construction of this 15MW, USD117.5 million project.
The facility will be the second biggest of its kind in the world and will support the world’s biggest hydrogen-supported turbine. On-site storage capability will amount to 10 tons of hydrogen, equivalent to 200MWh.

Hydrogen has long been seen as a potential solution for the globe’s energy dependency, it being the most abundant element in the universe, but technology had so far been incapable of making the process of producing energy from it economically viable.

In this case, the new plant will be supporting two new solar farms and a 5MW micro-grid that will address the area’s chronic power reliability issues, as well as supply green ammonia to local agricultural explorations.

If the technology can compete with natural gas in terms of cost per kilowatt, it could represent a considerable challenge to the natural gas-based economy.

This is just the latest in South Australia’s efforts to innovate in the green energy sector. Just this month, the state government struck a deal with electric car manufacturer Tesla for the establishment of the world’s largest virtual power plant that will electrify 50,000 homes.

The concept involves placing thousands of solar panels in private homes. These panels are connected to a control center that can manage how much energy each unit produces.

In this case, the panels and storage batteries will be given away and installed for free.

Residents can look forward to a 30% cut on their energy bill.

The system allows energy providers to compensate for fluctuations in the grid and allocate more or less power to the system as necessary.

Users are already allowed to sign up to participate in the project and have the 5kW solar panel system and 13.5kWh Tesla Powerwall 2 battery installed in their households.

This virtual power plant follows on from last year’s deployment of the largest lithium-ion battery in the world by Tesla.

With a capacity of 100MW, the battery is located next to a major wind farm in South Australia.

Tesla’s technology has been breaking records in more fields than just size and capacity; the battery can respond in a matter of milliseconds when it is called to action due to a crash in the grid.

South Australia has suffered greatly due to power shortages in recent years, and much of the blame was placed on the state’s growing dependence on fluctuating and weather-dependent renewable energy sources.

The mega-battery seemingly solves this problem.

Recent reports indicate that the battery is saving South Australia millions of dollars per month and could come to pay for itself within a year. When there is lack of available power in the grid, the state purchases power from independent power producers, which bet on the system’s flaws to milk the state’s coffers.

When the Australian Energy Market Operator (AEMO) needs extra power to support demand spikes or moments of shutdown due to required repairs or system failure, it buys the extra power in the open market, which is dominated by four major players which control natural gas-based power plants.

AEMO is then subject to highly inflated prices which the independent producers set at sometimes dozens of times higher than the average.

Tesla’s batteries have put an end to that monopoly.

Though AEMO was paying up to USD14,000 per MW last September alone, the cost per MW in these scenarios has dropped below USD300 since the introduction of the storage battery.

This represents millions in savings for the state, which then drip down to consumers, in addition to being much quicker and more efficient when responding to the needs of the grid.

The country’s central government would do well to follow South Australian government’s lead.