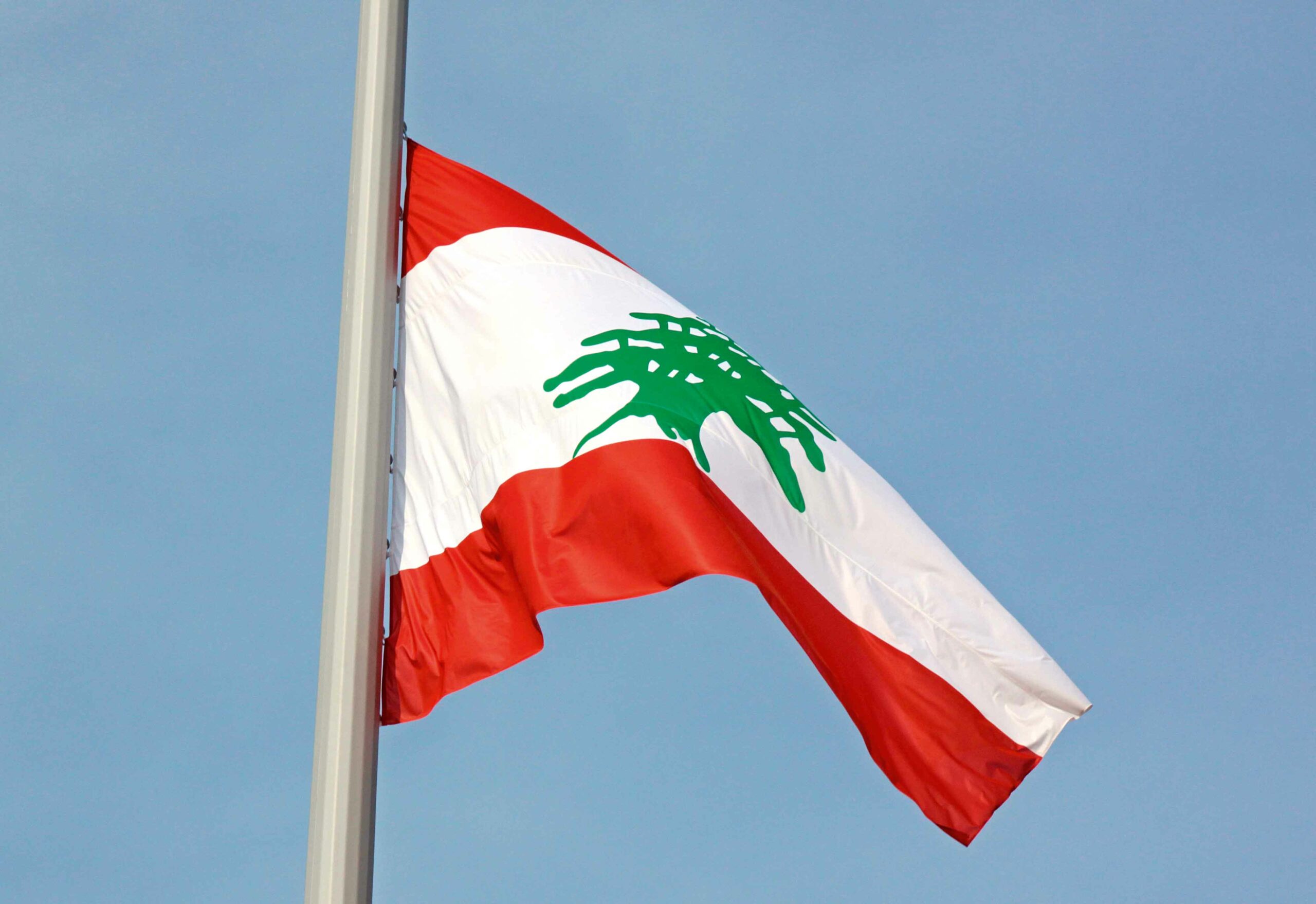 Share on:
After a 29-month recess, Lebanon finally has a new president in veteran operative and former general Michel Aoun. Whether he can keep Lebanon out of war and on good terms with competing regional hegemons will be a hallmark of his presidency.

Apart from the Cedar Revolution in 2005, Lebanon has rarely been known in recent decades for positive political developments. Luckily, and crucially, 2016 proved an exception to that trend. After 29 months without a head of state, a deal was finally struck between Lebanon’s two largest political blocs, one led by Saad Hariri’s Future Movement and the other by Hassan Nasrallah’s Hezbollah-backed Free Patriotic Movement (FPM), to finally coalesce around the candidacy of Michel Aoun.

A former wartime general and prime minister who has led the FPM since his return from exile in France in 2005, Aoun signed a memorandum of understanding with Hezbollah the same year as the Second Lebanon War (2006), which marked a major shift in Lebanese politics. A one-time arch-foe of Syria who had fought Damascus to the bitter end of the Lebanese Civil War in 1990, Aoun’s reconciliation with that country’s in-house ally, the Party of God (Hezbollah), along with the son and heir of his nemesis, Bashar al-Assad, went a long way to determining the scope of his 2016 presidency.

Yet as many others have already observed, Aoun’s election also reflected a major turning point in the Syrian War (2011-present) and the regional Iran-Saudi Arabia rivalry. The first Lebanese leader to be chosen since that conflict broke out, much of the reason why the Cedar nation went 29 months without a president was because various factions, in and outside of parliament, were said to be waiting to see which way the winds of war would blow next door before endorsing either an Iran- or Saudi-leaning candidate.
That a solidly pro-Assad former army general who openly defends Hezbollah’s right to bear arms now heads the country’s political and military institutions is a sign that Hezbollah’s costly intervention in Syria has finally borne some fruit back home. To be sure, Aoun’s rise would not have been possible without the consent of leading Sunni leader (and Saudi-born citizen) Saad Hariri, who finally returned to Lebanon after a long Paris-and-Riyadh-based exile to serve his second term as prime minister (his first lasted from 2009-11).
But the end of the 29-month stalemate marks more than a rise in Michel Aoun’s (or Bashar al-Assad’s) personal fortunes. Given the extraordinary volte-face it took to get Saad Hariri to back the unofficial candidate of the party widely assumed to have assassinated his father, former prime minister Rafic Hariri, the compromise also reveals how far Hariri has fallen—or much he has matured, depending upon how one sees it.
Insofar as Hariri has long been seen as Riyadh’s point man in Beirut, his endorsement of Aoun not only reflected a general deterioration of Saudi-Lebanese relations, long on the wane as they were, but also a fall in his personal fortunes. As his construction firm Saudi Oger Ltd. has come under great strain in the past two years due to delayed receipts from government contracts, among others, he has been forced to cut certain political corners in Lebanon in order to compensate for commercial difficulties in Saudi. Indeed, many of the firm’s 50,000 employees in the Kingdom have not been paid in six months; so as Saad Hariri returns to Lebanon, if not quite hat in hand, it is clear the fate of his country has become more, not less, embroiled in the price of oil.

Though perhaps not for the worse. As former Saudi diplomat Abdullah al-Shammari told Al-Monitor newspaper: “This is an implication of the change in relations with Saudi Arabia, mainly with the new leadership, which deals with Lebanon reasonably and not passionately. Maybe this is good for Hariri. It is time for him to take his decisions by himself after all these years of addiction to Saudi money and staying at his palace in Riyadh; it is time for him to gain strength and return to his popular base.”
In a minute country not without reason prone to conspiracy theories, it is often difficult to determine where the locus of political power originates. Though the popular image of a helpless Lebanon clasped between the fangs of ravenous Iranian and Saudi felines is too often exaggerated, Lebanon does figure in both countries’ long-term aspirations. Yet like the Hashemites playing Germans off Brits in WWI or Nasser Americans off Soviets a generation later, Beirut has learned all too well that regional rivalries are usually accompanied by checkbooks, and more.

Aware of the evolving strains in its dealings with al-Saud, Aoun made Riyadh his first foreign visit as president in early January 2017. Whether his voyage was more damage control or Obamian “reset” was another matter, given the significant fraying that occurred in the Saudi-Iranian relationship in 2016. For starters, the year got off to a bad start when Iranian mobs torched the Saudi embassy in Tehran and its consulate in Mashhad in retaliation for the execution of Sheikh Nimr. A Saudi Shia cleric arrested in 2014, Nimr was charged with inciting sectarian tensions and executed along with 46 others, most of whom were Shia and facing terror-related charges.

In response, Iran immediately summoned its ambassador and severed diplomatic ties with Riyadh, and vice versa. Within days both the Cairo-based Arab League and the Riyadh-based Organization of Islamic Cooperation had drawn up resolutions condemning the attacks on Saudi diplomatic missions in Iran; only Jibran Bassil, the Lebanese Foreign Minister, son-in-law of President Aoun, and leader of the FPM, voted against the resolutions.

In the aftermath of this region-wide rupture, Saudi Arabia suspended its USD3-billion military package to Lebanon, most of which consisted of French-made helicopters, drones, artillery, and cannons, later that year. Given that tourism in the Cedar republic was also hugely down (to 4.1 million in 2016 from 8.4 million in 2010)—much and often the most lucrative of which comes from the Gulf—Aoun went to Riyadh to plead for turning the arsenal back on, renewing military ties, and negotiating a removal of ongoing travel restrictions on Saudi and UAE nationals to Lebanon.

Though the talks are thought to have eased tensions, they did little to reverse Lebanon’s further drift away from Riyadh. Hardly a month after his visit to the Kingdom, Aoun made two provocative statements that jeopardized much of the goodwill his January visit had worked to restore. First, on February 3, he openly called for reconciliation with Syrian president Bashar al-Assad. Second, he let slip to an Egyptian radio station a week later that “Hezbollah’s weapons do not contradict the state… [but] are an essential part of defending Lebanon.” This contradicts UN Resolution 1701, which in ending the 2006 Lebanon War called for the disarmament of “all Lebanese and non-Lebanese militias.” Given the weakness of the Lebanese army—and the relative strength of Hezbollah—Aoun continued, “As long as the Lebanese army lacks sufficient power to face Israel, we feel the need for [Hezbollah’s] arsenal because it complements the army’s role.”

Suffice to say, these comments did not endear the new president to various players in the Gulf. Only recently turned back on, the fount of Saudi-funded French-made military kit was yet again cut off in February 2017. Not long thereafter, King Salman cancelled his scheduled visit to Beirut in March, a follow-up to Aoun’s January jaunt to Riyadh that was expected by many to augur a new era in the two countries’ relations. What’s more, Aoun’s statements also led to certain awkward rifts in the governing ‘coalition,’ as the Future Movement, party of Prime Minister Hariri, strongly reiterated that, “The Lebanese state’s arms are the only legitimate weapons in Lebanon, as per UN Resolution 1701.”

As for relations with the US, Aoun was quick to congratulate the president-elect in November 2016, calling the latter’s victory a “bright hallmark in the history of democracy” and a perfect opportunity not only to “put an end to war and violence” but to “confront terrorism” and “achieve peace in the Middle East.”
Foreign Minister Gebran Bassil tweeted: “Two dates America will never forget: 11/9 & 9/11. Two dates Lebanon will never forget: 13/10 & 31/10.” As Bassil later explained, 9/11 is the ninth of September, 2001, and 11/9 the ninth of November, 2017, the day Donald Trump was elected, while 13/10 represents the 13th of October, 1990, the onset of the Syrian occupation of Lebanon and the defeat of Michel Aoun’s brief wartime premiership and 10/31, the 31st of October, 2016, when he was finally elected president. October 13, 1990 also marked the end of the Lebanese civil war.

Though Trump has remained quiet on the issue of Lebanon’s role in the broader Middle East, his chief Middle East advisor—apart from his son-in-law Jared Kushner—is widely thought to be Walid Phares, a prolific author and former Maronite (Catholic) militiaman in the Lebanese Forces, a right-wing outfit during the Lebanese civil war. And the affinities do not end there; in the wake of Trump’s ultimately unsuccessful travel ban in February 2017, President Aoun cited similar safety concerns among Syrian residents in Lebanon and called for their repatriation to their home country. Aoun, like Trump, has also called for the creation of safe zones within Syria to which refugees can (and must) return.

Which brings us full circle to the broader objectives of the Aoun presidency in light of the Syrian war and various competing agendas in the region. “Preventing the spill of any spark [into Lebanon] remains a top priority,” Aoun said in his inaugural speech in October, continuing the country’s unofficial policy of non-intervention. “It is therefore necessary to dissociate Lebanon from external conflicts.”
Partially as a means of doing so, the President endorsed the long-seated and at times controversial idea of administrative decentralization. “With its combination of flexibility and dynamism in providing people’s needs and services, while preserving its specificity within the formula of coexistence, [decentralization] must be a main axis” in the years going forward. Given both the centripetal and centrifugal forces that have tugged at the Cedar republic since its inception in 1943, this is not a new idea for a country that tenuously consists of 18 (official) sectarian groupings.

Though boldly trying to chart as independent a course as possible, it is clear that Lebanon’s fate is deeply interwoven with that of its neighbors. To its credit, it has remained mostly outside the Syrian vortex that has shattered so much of the Levant in recent years. One wishes President Aoun the best of luck in remaining outside of it.