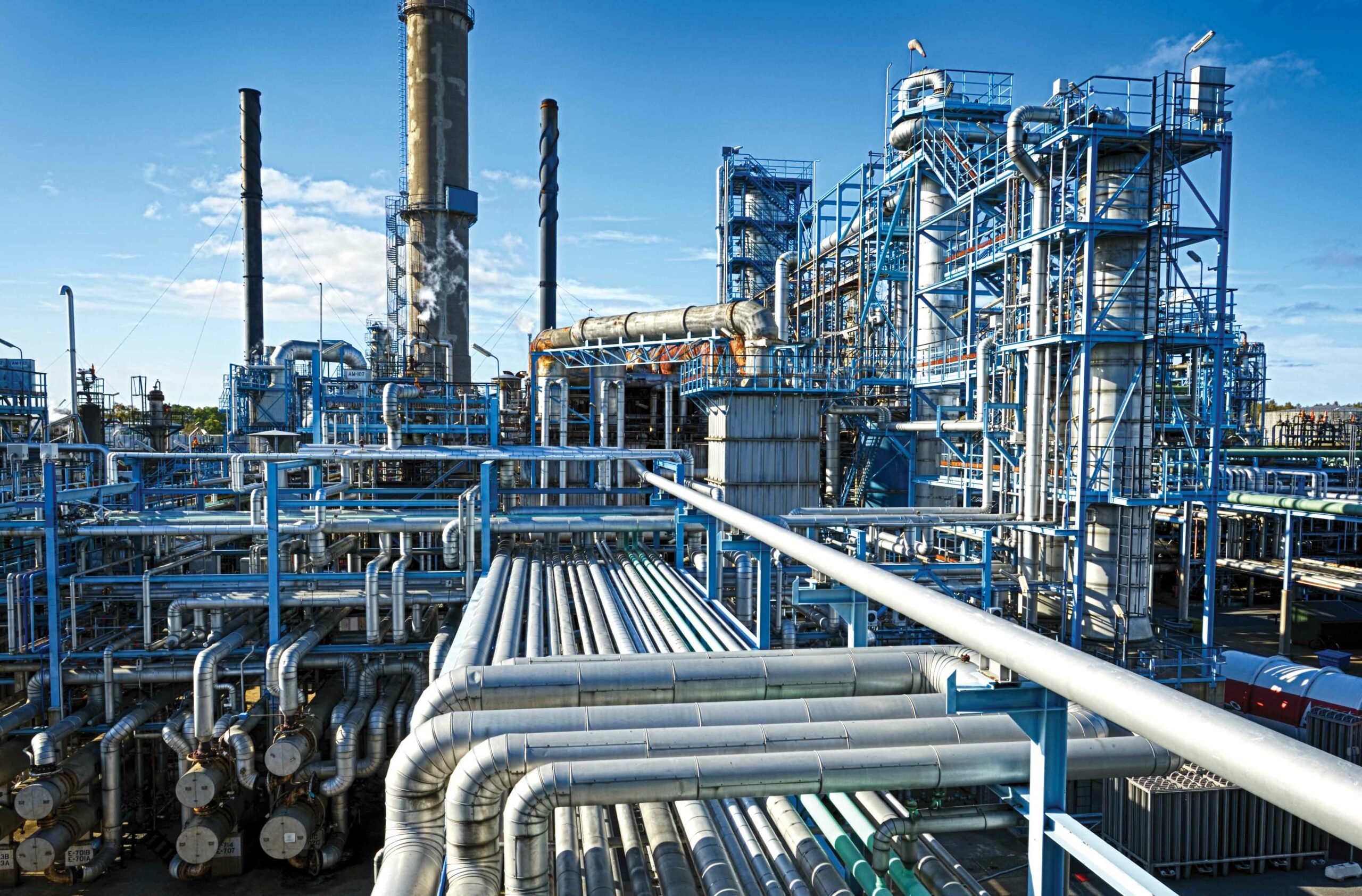 Share on:
Qatar's Vision 2030 is guiding a wave of investment to develop a knowledge-based economy, but the fall in LNG and oil prices has damaged the nation's fiscal position at a time when it can ill afford it.

Qatar found itself at a crossroads in 2017. Though blessed with enormous oil and natural gas reserves that have made it the wealthiest per-capita country in the world, the fall in commodity prices in recent years has affected its health, sending the fiscal and current account balances in the negative for the first time in decades. Well aware of the importance of diversification, the Qatari economy is in the midst of an ambitious investment and infrastructure program in the run up to the 2022 FIFA World Cup, balancing the need for present-day revenue with developing the structure needed for future development.

After a solid decade of some of the world’s highest growth rates, Qatar’s economy has slowed along with the rest of the Middle East’s oil exporters, posting growth rates of 3.55% and 2.2% in 2015 and 2016, respectively. Hydrocarbon revenues, which accounted for the majority of Qatar’s export earnings, have fallen considerably in recent years due to declining offshore production. Even with the early 2017 increase in oil prices thanks to OPEC cuts, oil revenues have flagged, generating compounding effects on the rest of the Qatari economy. Due to these issues, 2016 saw the Qatari current account post a deficit for the first time in almost 20 years. Government officials were not overly concerned, projecting that the current account would return to a surplus in 2017 as hydrocarbon prices recovered, but the fall in what was previously one of the Middle East’s most rock-solid fiscal situations was still noteworthy.

In May 2017, credit rating service Moody’s downgraded Qatar’s debt rating from Aa3 to Aa2 while lowering the long-term outlook from stable to negative. The ratings agency cited the rise in Qatar’s eternal debt to 150% of GDP and growing uncertainty about the state of the country’s reform efforts. The coming increase in gas production is expected to help strengthen the economy, but there are larger economic concerns about the nation’s financial position. Regional disputes have increased international uncertainty about Qatar’s ability to meet its economic targets; the IMF projected growth of 3.4% in 2017 but has warned that the continued growth in the nation’s external debts could drag the Qatari economy down. In June 2017, S&P Global ratings lowered its long-term Qatar rating from AA to AA-, noting that although the Qatari financial system is in a solid overall position, concerns about isolation from its regional neighbors are at risk of affecting liquidity profiles.

Qatar’s 2017 budget reflects the government’s deficit reduction efforts and the delicate balance between continued diversification investment and the expansion of the gas projects that have traditionally been the country’s main economic driver. The projected 2017 deficit of QAR28.4 billion is down 39.1% from 2016, with these reductions coming from moderate public expenditure cuts. Despite the reduction across the board, expenditures in several key infrastructure and social services sectors is actually up YoY due to the government’s belief that such services are critical to diversification and continued economic growth. Transportation makes up just over a fifth of all total expenditures, with new road projects and work on the landmark Hamad port particularly important. Increased funding for education, which will result in the construction of 17 new schools; healthcare; and the expansion of research facilities in Qatar’s Education City district all reflect where the Qatari government expects to see maximum benefits in an uncertain time. Perhaps most significantly for the global community, major construction projects are still on track. QAR32.2 billion, just under half the budget, is designated for major construction projects, a great sign for the country’s most labor-intensive industry.

These diversification plans are guided by Qatar’s Vision 2030, a sweeping infrastructure blueprint with the goal of creating a stronger and more stable knowledge-based economy. The plan spans every part of the economy, but some of its most important points include calls for coordination with the GCC and regional economic organizations, investment in human capital development sectors in order to build a sustainable economy that will gradually reduce Qatar’s reliance on hydrocarbons, and an open and flexible financial system that can attract international investment. Many of the needed structural shifts are already underway. Qatar’s government has made adjusting the nation’s PPP policies a priority, working on a revised law that is expected to go into effect in 2017 and increase the regulatory framework needed to coordinate investment with international firms. Qatar’s first infrastructure PPP, a water and power project with a Japanese consortium, only arrived in 2015, but the nation is drawing upon a deep base of experience in other GCC partners to streamline the process. Future PPPs are expected to continue to meet the infrastructure needs of the World Cup while also expanding into health and education. Yet, the wider economic uncertainties that have given credit ratings services pause also threaten to impact the future of the Vision 2030 program. The fall in oil and gas prices has come at the time when Qatar most needs their revenue to fund new infrastructure, raising questions about whether the government will be able to meet the plan’s most ambitious goals. Qatari officials have stated that the government is confident in its abilities to do both.

With around half of all exports coming from LNG exports, the natural gas sector has been the most important part of Qatar economy. The North Field, a natural gas site located in the Arabian Gulf, is far and away the largest natural gas field in the world, holding almost 14% of global reserves. Roughly the size of Qatar itself, the ownership and management of the North Field is split between Iran and Qatar. In 2005, Qatar imposed a moratorium on the development of its share of the North Field due to overproduction concerns and in order to study the effect of increased output on the reservoir. Despite this, Qatar has consistently been the largest LNG exporter in the world over the past decade, with its exports making up over a sixth of all global LNG exports. The North Field’s central role in the Qatari economy makes its production decisions a bellwether for the larger economy as a whole. Its recent actions, then, reflect the shifting uncertainty in the global natural gas market and the country’s shifting economic fortunes.

In April 2017, Qatar announced that it would be lifting the moratorium on North Field development and launching new extraction processes that are expected to produce 2 billion cubic feet per day of gas. It is a landmark step that comes at a crucial moment for the LNG market: prices have been slumping for the past three years thanks to a significant increase in production. Improved extraction techniques have made it cheaper to extract natural gas from previously difficult shale sites, and Russia has made it a goal to become a top exporter of LNG. Qatar has remained the world’s top exporter even within this environment of rising production, but its revenues have fallen, imperiling the country’s fiscal position. By raising production, the Qatari government is not only boosting revenues but sending a message to the global LNG industry that Qatar is committed to remaining a superpower in the industry. The capacity of the North Field is overwhelmingly large enough that Qatar can flood the market, making it profitable for other countries to compete with it. Though still a ways away—the new projects are not expected to bring LNG to market until 2022—by restarting production, it has made clear that it will remain at the center of the global LNG industry.

Yet, while the Qatari government was busy steering the country through difficult economic straights, the at-times fractious nature of the region has created unforeseen obstacles. In June 2015, Egypt and GCC members Saudi Arabia, the UAE, and Bahrain cut diplomatic and economic ties with Qatar due to tensions, including Qatar’s relationship with Iran and support of the Al Jazeera TV channel. The unexpected blockade had enormous economic and financial implications for Qatar, which was forced to deal with disruptions in every significant industry; Qatari airplanes, no longer able to enter the airspace of the blockaded countries, saw decreased demand; agriculture and manufacturing saw a major import and export market closed; and construction firms were forced to find materials from alternate sources. The disruption comes at a particularly inopportune time for Qatar, which had been calling for increased regional integration as part of its Vision 2030 plan. Yet the blockade has also established that Qatar has the self-sufficiency and international relationships to overcome turmoil in the region. Its LNG exports continued largely uninterrupted thanks to shipping routes with major buyers; only 10% of Qatar’s gas exports go the the countries involved in the dispute, compared with about two-thirds to Asian markets. Elsewhere, construction continued on key World Cup sites, with materials coming from alternative sources and through sea ports. Qatari officials were confident that the nation’s construction plan, which called for projects to be completed several years in advance, would allow for major projects to continue with minimal interruption.