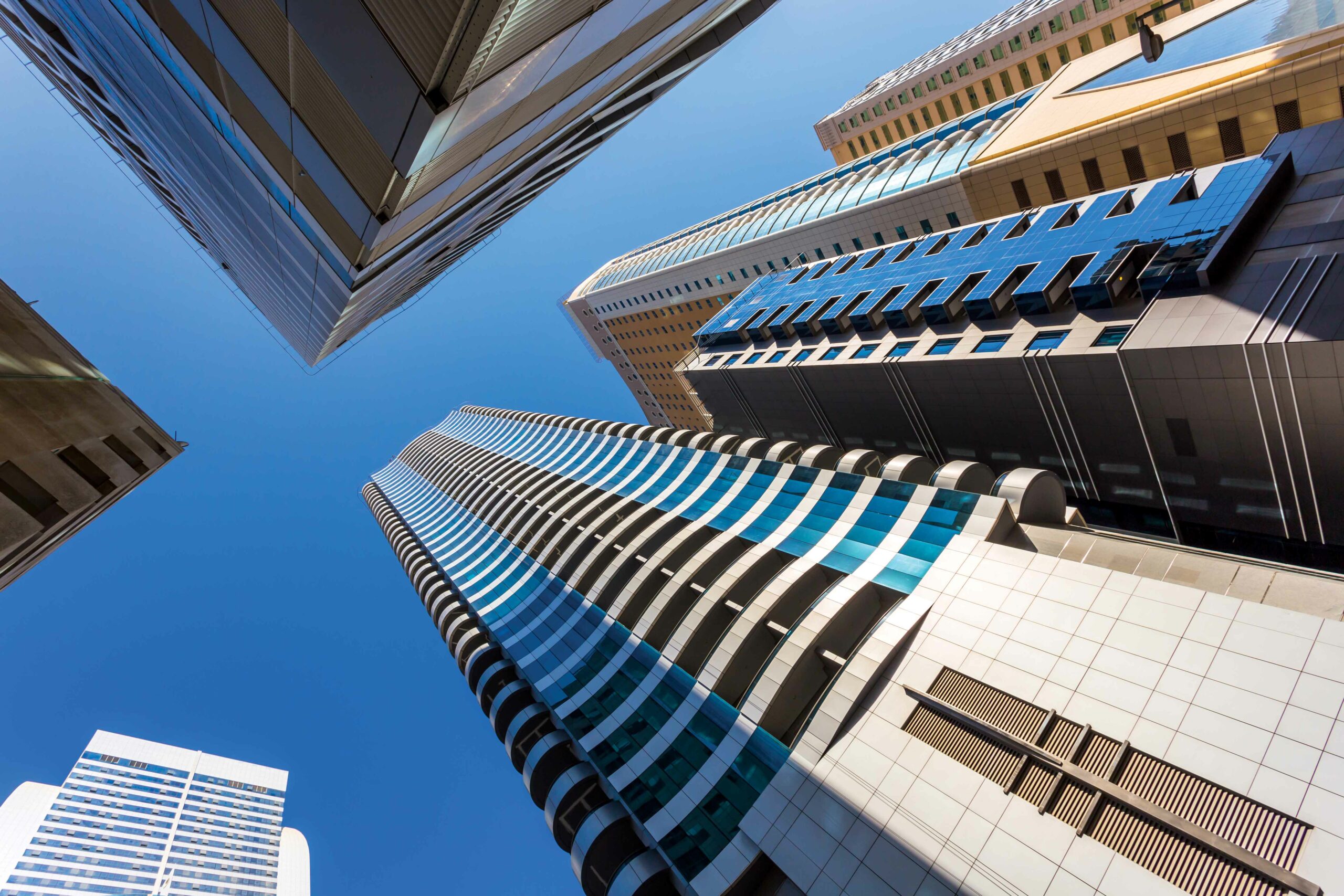 Share on:
Sharjah's banking system has been a vibrant arena for commerce and innovation, and has managed to weather low oil prices.

Sharjah, the third largest Emirate in the UAE, proudly announces itself as the nation’s cultural capital. And indeed, it has diversified its economy to the point where tourism—traditional and medical—as well as logistics, are both vital components in the equation. The emirate’s GDP has trebled over the past decade—the IMF has penciled-in average real GDP growth for the UAE overall of 3.2% for 2015-16. What’s more, at the Global Cities Of The Future Awards 2014-15, sponsored by FDI Intelligence, Sharjah has ranked among the top ten small and medium-sized cities in the world. High among the criteria that led to this was its conduciveness to landing FDI. Meanwhile, the first Sharjah Chamber of Commerce and Industry Business Confidence Survey for 1Q2015 saw 96% of local businesses expecting the business climate to improve, or at least sustain its momentum. In fact, in 2014 Sharjah had received an “A3″ long-term credit rating from Moody’s, and an A rating from Standard and Poor’s (S&P). Another factor behind these accolades is a dynamic financial industry, and Sharjah’s banks are both flush with liquidity and well regulated. Adding to that, the “safe haven” factor and robust state projects, and the consensus is that the sector is set to maintain its dynamism. Further confirmation of its tendency to rational and prudent operation came in May 2015. Accordingly, the UAE Banks Federation, representing 50 banks, approved the appointment of an independent monitoring body to assist in making sure that member banks were fully compliant with its code of conduct

The UAE boasts a high banking sector penetration to GDP ratio, as determined by total assets, of around 160%, amounting to $402 billion in 2014. It is a healthily competitive arena, where 23 local banks and 29 foreign entities vie for business. While consolidation has been a topic of debate, the sheer liquidity of the players has rendered it unnecessary in large part. Of note, foreign banks are only permitted a branch network of eight. As of April 2015 the UAE has an ATM count of 4,879. The UAE’s banking sector boasts a solid financial constitution. Total banking sector assets in 2014 stood at $631.47 billion, with estimate aggregate profits of $12.63 billion, whereby the return on assets printed at 2%. And for April 2015 total bank assets (gross) stood at $653.4 billion, up 8% YoY. Meanwhile bank deposits for the month were up 7.2% YoY. Total deposits of $385.3 billion were up 10.6%, while loans and advances had seen 7.9% growth YoY to $374.8 billion.

Change may be imminent according to Gulf News, which reports that authorities in the UAE are debating amendment of the banking law to cede monetary policy determination to the Central Bank; today policy is essentially a government matter. And also reflecting a lateral approach to the client, certain banks have considered joint marketing campaigns, where one bank teamed up with a telco to provide free internet with its bank cards.

Banks are generally well capitalized with a capital adequacy ratio for tier 1 and 2 banks combined as of April of 18.2%. NPLs were rather bulky at 7.1% in 2014. The banks’ ratio of credit losses to average assets declined to 0.4% in 2014 from 0.6% in 2013, by S&P calculations, largely due to the recovery of credit losses from previous years. The sector’s net revenue in 2014 appreciated 8.4% as compared with a 21.3% rise in net income. No income tax is payable on local corporate profits, which clearly renders the UAE’s banking institutions notably more profitable than international peers.

In light of oil prices and other variables, several banks in the UAE have increased the earnings requirements of clients for personal loans, or else reduced the percentage of home loans advanced. Yet UAE Central Bank Governor Mubarak Al Mansouri foresees dynamic credit activity thanks to the excess liquidity of the nation’s banking sector. Yet the UAE does remain structurally susceptible to the deflated oil environment, and S&P forecasts average Brent oil prices of $55/bpd this year and $65/bpd in 2016. Moody’s meanwhile, argues that lower prices, by negatively impacting confidence will curb economic growth, thereby reducing lending growth. That growth is likely to average between 7-8% in 2015. According to the Central Bank lending growth in the UAE overall fell to 9.5% YoY in December 2014. Meanwhile, S&P also anticipates decelerated growth in bank deposits. The UAE overall saw total YoY deposit growth of 11% in December 2014 by official figures.

In light of the global rise of sharia-compliant financial instruments—estimated to have a global value of $8 trillion—the UAE is ensuring that its offerings are at the leading edge of the segment. The UAE bank industry association and Central Bank have duly been debating the creation of a centralized sharia board to oversee all individual such boards at the banks themselves. While the timing has yet to be indicated, the view is that such centralized vetting of compliance with Islamic standards would have a catalytic effect on demand. As reported in The National, there have been similar recent moves in countries including Oman, Pakistan, Morocco, and Nigeria, which “…have followed Malaysia’s example by moving towards a centralized board that can impose its will nationally.”

In the context of Sharjah’s glowing ratings, HE Sheikh Mohammed bin Saud Sultan Al Qasimi, Chairman of the Sharjah Finance Department explained to TBY that “…we wanted [the ratings to enable the issuing of Islamic bonds, or sukuk, which we did in September 2014, when we issued a 10-year, $750 million sukuk, the Emirate’s debut debt issue on the capital markets.”

The oldest financial institution in Sharjah, Bank of Sharjah (BOS) is essentially a niche corporate banking entity catering to senior local conglomerates. It was incorporated in 1973 in association with the government of Sharjah, and Banque Paribas. Loans are predominantly extended to medium- and large-scale UAE-based corporations, which has mitigated the impact of low oil prices. “In the past,” explains Executive Director and General Manager Varouj Nerguizian in conversation with TBY, “the bank has played an instrumental role in trade and oil and gas related activities. We have also focused extensively on construction.” And yet, “The profile of our clients and market sectors has gradually changed over time, and we are currently most active in services, trade, industries, and real estate development.” Beyond the UAE, BOS has a footprint in Lebanon through a majority stake in Emirates Lebanon Bank.

At the eighth annual Mohammed bin Rashid Al Maktoum Business Award, Sharjah Islamic Bank was, for the third time, announced winner in the Financial Services category for corporate excellence. In April 2015, Sharjah Islamic Bank was named Best Islamic Bank in the sukuk Structuring category of the Arab Banking Excellence and Achievement Awards, for achievements in the Islamic banking sector in the Middle East. And in May, the bank also picked up Best Interactive Voice Response at the Insights Middle East Call Centre Awards.

World Finance in 2012 named InvestBank—formerly Investment Bank for Trade and Finance—the Best Commercial Bank In the UAE. The bank has also severally been the recipient of the Sharjah Chamber of Commerce Economic Excellence Award. It has become a leading light since inception in the Emirate of Sharjah in 1975 as a public shareholding company. The bank has also had a footprint in Lebanon since January 2014. It has successfully sustained high capitalization and a healthy CAR (22.75% with Tier 1 ratio of 21.47) as at end-2013, among the best in the UAE banking sector. For 1Q2015 InvestBank posted a net profit of $26.1 million, operational income of $44.9 million and an operational profit of $32.9 million. Despite the economic slick left by oil deflation, Sharjah’s well-diversified economy means that its banks remain profitable.