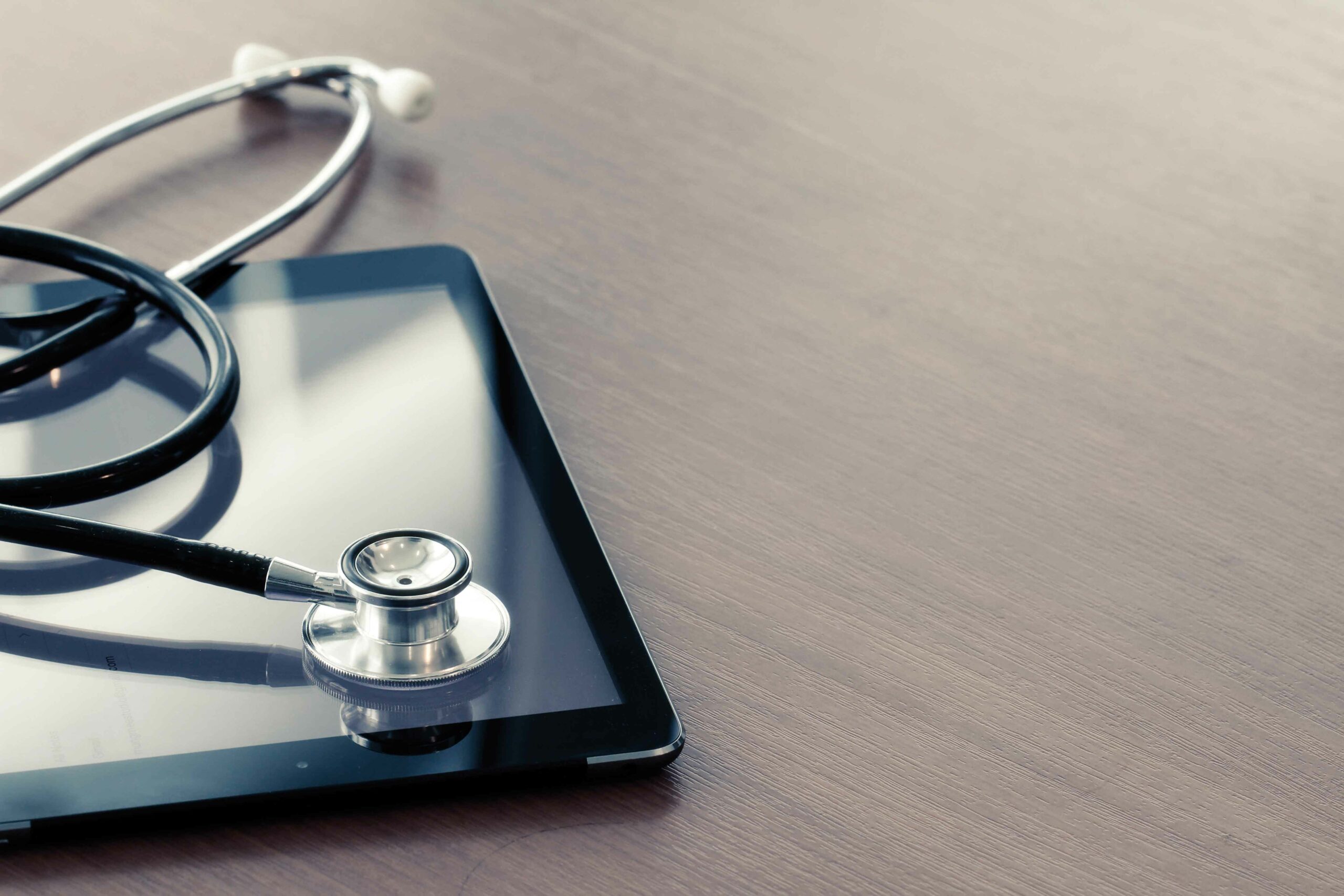 Share on:
The government has invested heavily and fostered a competitive private sector to adapt to an ageing population.

By World Bank reckoning, the Saudi healthcare sector is the biggest in the GCC. According to the WHO, total expenditure on healthcare is 4.7% of GDP, low compared to global averages, pointing to a shortfall in available facilities. The race is well and truly on to address this, and NCB Capital forecasts healthcare expenditure rising to SAR174 billion in 2017, making for CAGR growth of 16.8% between 2011 and 2017 to meet rising demand. Government expenditure had also seen growth at a fantastic CAGR of 18% between 2005 and 2012.

The declared mission of the Saudi Health Council is to maintain the structures that facilitate cooperation between both public and private health providers in the Kingdom, and to pursue quality and avoid the duplication of resources. Its targets include the provision of a doctor for every 500 people, with a minimum of 50% employed in primary healthcare, the first point of contact with the patient, as well as a female and male nurse for every 25 people, and a health technician for every 400 people. A key component of this is Saudization, of which more later. The council also targets reversing regional imbalances in healthcare provision among a population that is over 80% urbanized.

Therefore, despite the prevailing macroeconomic impact of a weak oil environment, due to its inelastic nature, Saudi Arabia’s healthcare sector has continued to expand, while state policy is seeking to bring more citizens into the hospitals as employees, rather than patients. In the Kingdom of Saudi Arabia, healthcare ranked among the biggest recipients of public spending during the oil boom decade, with a resultant surge in infrastructure, which included over 80 new major hospitals. Official data from the government’s ninth development plan for the period of 2010-2014 reveals that social and healthcare investments claimed 19% of overall budgeted expenditure, at around SAR274 billion. Moreover, the government will continue to invest in this vital sector in light of the projected rise in the number of Saudis aged over 65 by 2030. NCB Capital states that “The Saudi health sector is relatively under-penetrated with around 2.2 beds per 1,000 population against a global average of 2.7, and around 4 for the West and Europe.”

Yet infrastructure aside, the Kingdom faces inherent cultural challenges, too, as non-communicable lifestyle diseases such as diabetes, hypertension, heart and kidney disease, and obesity continue to plague public health, and are receiving attention accordingly. These alone have created demand for treatment provision, which the private sector is predominantly set to meet. Another tragic reality of the Kingdom that the government is the vast number of road accidents, which in 2014 alone claimed 45,683 lives, 63% being males, according to NCB Capital data. Regulatory changes in the sector, too, are likely to spark solid growth for the foreseeable future, backed by strong fundamentals. Indeed, by 2014 the number of hospitals and beds in the kingdom had risen to 274 and 41,297 from 259 and 34,450 in 2010, respectively.

In terms of directly professional challenges, we alight upon insufficient productivity and qualified staff levels that the government has acknowledged in two ways. First off, it is increasingly embracing private sector participation, indeed, across all key sectors. And secondly, as part of its Vision 2030, is the pursuit of a comprehensive Saudization project.

Vision 2030 foresees the potential doubling of GDP by 2030 and a 60% rise in real Saudi household income, with up to six million new jobs filled by its citizens. An ongoing process, it inevitably starts with the wider education of skilled citizens at dedicated universities and state of the art teaching hospitals. By 2020, according to a recent Ministry of Health report, the government targets Saudi doctors numbering 25,858, and accounting for 50.4% of all doctors in the Kingdom. The Ministry estimates that to maintain a 2% annual rise in doctors, 10 new faculties accommodating 1,400 students are required, and its report goes on to forecast an 85% rate of nationalization by 2040, equating to 83,359 Saudi doctors. Further down the hierarchy, by 2020 Saudi nurses should account for 51.6% of the total. It is forecast that to train these local individuals, let alone retain their acquired skill-set within the Kingdom, 20 colleges are required over the coming 14 years

A solution that is working well across the industrial matrix, aside from foreign presence, is private sector participation. Over the past decade, the share of outpatient visits to private facilities has risen from 19% to 30%. In conversation with TBY, Dr. Khalid Al-Sebaiay, CEO of the Specialized Medical Center (SMC), discussed the palpable shift away from state provision toward private alternatives, and the broader choices that competition spurs. “The future of the Kingdom is the private sector. We are not different from the rest of the world. In the US and Europe, the private sector is the leader in healthcare related services.” Highlighting that the private sector today accounts for roughly 20-30% of the overall Saudi Arabian healthcare market, he said “We are now giving tertiary care services, which is the highest care that can be given to patients,” a trend that is “also confirmed by the establishment of new medical colleges and the introduction of the private sector to train these medical students.” In the private sector, the Saudization ratio had reached 22.1% by 2014, meaning that the remaining 77.9% of jobs were held by non-Saudis. Until that year, Saudi Arabia had shared the highest proportion of expatriate doctors with the UAE at 80%.

One problem that requires a promoted shift in industry dynamics is the huge discrepancy between public sector and private sector wages. Saudi public-sector employees today earn on average 70% more than their private-sector counterparts, resulting in a clear disincentive for prospective workers, either to work in private institutions, or else to remain in the Kingdom at all upon qualifying. According to the Mckinsey&Company report Saudi Arabia Beyond Oil: The Investment And Productivity Transformation, the average Saudi monthly private-sector wage is about $1,500.

The government has adopted a long-term policy of comprehensive medical insurance provision over the next five years, which could gradually bring added liquidity to the capital-hungry sector. The Kingdom’s insurance sector has witnessed the second-fastest growth in the Gulf Cooperation Council (GCC) and, according to Moody’s Investors Service, has solid potential for further expansion given its low insurance penetration level of just over 1%. Saudi Arabia’s insurance sector posted 2014 premiums of $8.1 billion, ranking second in the GCC, and also saw the second fastest growth with an eight-year CAGR of 20.3%. Performance was fueled by the two compulsory segments, namely medical and motor.

Saudi Arabia introduced compulsory medical insurance for expatriates a decade ago, whereby companies employing over 500 employees entered the scheme in 1H2007, finally being extended to all companies in 1H2009. With the now-saturated insurance sector, the government is looking to expand healthcare insurance to its citizens comprehensively. Strict adherence is enforced, and in July 2016 The Council of Cooperative Health Insurance and the Ministry of Labor and Social Development were reportedly conducting joint inspections to ensure companies were complying with the provision of mandatory medical insurance to their employees and family members for both Saudis and expatriates.

Innovation, a veritable byword for the medical sector, is at full pelt, not least as the Kingdom has invested in the cyber economy. Ahmed Al-Bader, Founder & CEO of SihaTech.com, explained to TBY how his firm is at the forefront of digital healthcare. “Our solution is a healthcare accessibility and engagement portal, bringing doctors closer to their patients… where… every doctor will have his or her own complete profile listing their education, specialties, sub-specialties, and so on.” The company’s services enable a two-way assessment, and doctors are fully able to trace patient responses to treatment, including failure to follow treatment instructions, thereby building a more comprehensive patient profile. “The number one rule in healthcare,” he concludes, “is accessibility.”

Saudi Arabia became a full member of the World Trade Organization (WTO) on December 11, 2005. Its commitments thereof mean that foreign hospital operators are free to operate commercially within the Kingdom through joint ventures with licensed Saudi medical entities. Its pharmaceutical sector, too, is open to foreign participation, and to level the playing field the government has abolished a provision that had ensured a 15% profit margin for local pharmaceutical producers.

Tourism, while currently accounting for just 3% of GDP, is nonetheless a sector with a direct impact on healthcare demand. Traditional religious tourism is destined for massive growth whereby Umrah pilgrimage numbers are, by official figures, set to soar from 6 million a year to 15 million by 2020. Mecca and Medina are likely to welcome 30 million annual visits by 2025. By 2014, while Riyadh had 47 hospitals and 7,937 beds, the respective figures for Mecca were 41 and 8,457 and for Medina were 20 and 2,818.

Saudi Arabia is faced with changing demographics, where an aging and rising population is demanding healthcare of greater volume and quality. Its future lies in fostering home-grown talent and the effective coexistence of the public and private sectors.