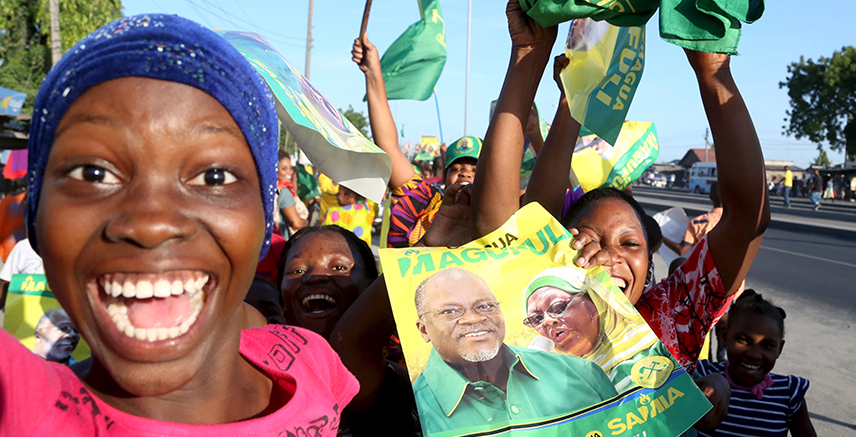 Bad Time to Mine

President John Magufuli’s hard-fought new mining laws are about to hit Tanzania’s mining sector hard. Despite the legislation’s widespread unpopularity among mining operators, companies have just weeks to comply according to officials.

The tightening deadlines come as third quarter results registered record growth in the mining sector. Mining and quarrying activities grew by 20.8% YoY in the third quarter of 2017, driven by a considerable increase in diamond and coal output.

That is despite the ban on gold and copper ore exports imposed in March 2017, following a crackdown on the mining sector aimed at fighting corruption.

In mid-2017, the president signed off on a number of legal bills to expand oversight for extractive industries.
Now finally coming into effect, these state that the government must own at least 16% of every mining operation, that operators must exclusively use Tanzanian banks for their finances, that local companies must have preferential treatment at every step of the supply chain, and that every company must be listed in the Dar es Salaam Stock Market.

But government disputes with mining companies are not at all new in Tanzania.

For decades, popular and official suspicions over foul play on the part of foreign companies operating in the country undermined trust in the main mining firms, a wariness which soon extended to other sectors, particularly oil and gas.

As the country’s biggest gold producer, controlled by Canadian conglomerate Barrick Gold, it has been suspected of decades of tax evasion continuously in recent decades, in addition to accusations of brutality against local workers and official corruption. In 2009, when the company was still known as Barrick Gold Tanzania, a report indicated that Acacia’s state contract was excessively beneficial to the company and that a fair contract should have granted Tanzania an extra USD50 million per year in taxes and royalties.

Across Tanzania popular sentiment turned against foreign exploitation of the country’s natural resources.

However, only last year did the government act on these claims, by forbidding the export of gold and copper ore, which constitute over 50% of Acacia’s production.

This decision made Acacia’s stock slump by over 60%, from USD461 a share to USD175 on the London Stock Exchange. Acacia has been forced to back down from one of its biggest Tanzanian projects, the Bulyanhulu mine, and the company’s output was severely reduced.

All this new legislation comes as Tanzania prepares to tackle a new industry in the mining sector, that of uranium. Over 36 million pounds of uranium ore were discovered in the country about a decade ago, and much more could be found if exploration efforts take off. The government plans to use the uranium for power generation.

Expected to start soon, the development of a uranium industry is still dependent on the amendment of the Atomic Energy Act which should be resolved soon.

This could provide Tanzania with a considerable source of income, at a time when indecision and inaction have considerably restricted the development of the liquefied natural gas industry.