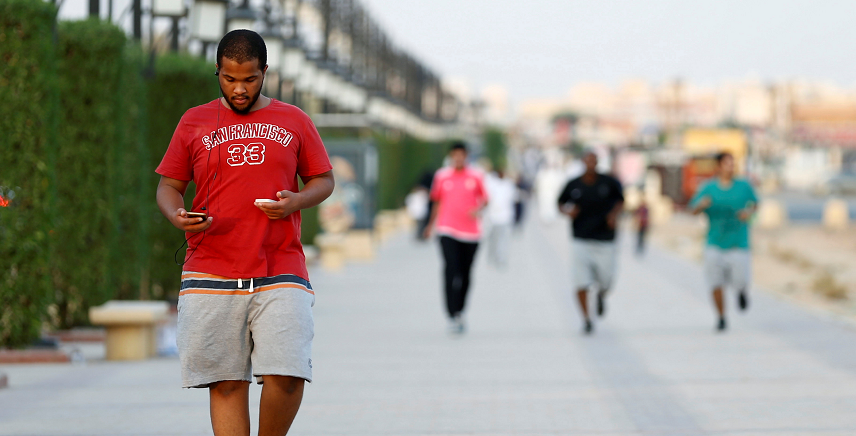 Share on:
Why has COVID-19 had a mixed impact on the telecoms sector in the Middle East, and what can the sector learn from the experience?

At least on the face of it, the telecoms industry was one of the least affected sectors in the wake of the coronavirus pandemic.

Social distancing policies and lockdowns propelled many people to use telecom services more often than normal, with mobile network carriers across the Middle East reporting jumps of 20-60% in data traffic in February and March 2020.

The surge in demand for mobile data was more notable in the GCC, especially Saudi Arabia, where most internet users are hooked up via 4G cellular connections.

And it makes perfect sense. People confined in their homes are more likely to consume mobile data to, say, use teleconferencing applications such as Zoom or Skype to keep up with developments at their workplace, to say nothing of the surge in demand for mobile data for entertainment purposes.

Nevertheless, the telecom industry was not entirely spared from the tragic consequences of the pandemic. In several regions, regulatory bodies ordered operators to offer discounts to their customers to cope with the challenging circumstances or to grant citizens free data packages to encourage them to stay indoors.

In Kuwait, for instance, the country’s three main mobile operators offered all subscribers five gigabytes of free internet per day for over a month in March and April, according to Kuwait News Agency (KUNA). The move was organized by the country’s Communication and Information Technology Regulatory Authority (CITRA).

At the same time, an unprecedented burden was placed on the ICT infrastructure across the region, creating all sorts of problems for telecom companies. A noticeable drop in the quality of both voice calls and mobile data reception was reported in February and March by users across the GCC.

The surge in demand, especially for mobile data, was such that at times competitor carriers were forced to cooperate by sharing their base transceiver stations (BTS).

Digital content providers such as Netflix, YouTube, Amazon, Disney, Apple TV, and Instagram, meanwhile, had to decrease their default bit rates and streaming quality in certain regions such as Europe and the Middle East to avoid outages.

But more importantly, the pandemic also disrupted the pre-planned activities of telecoms companies, most of which were preparing themselves to roll out their 5G networks in 2020.

The year 2020 was supposed to be the year of 5G in the telecom industry, but now many operators have to shift their primary focus to the ongoing challenges to meet the basic demands of their subscribers.

Last week, a major auction in the UK to allocate the 5G spectrum to highest bidders was canceled by the government. “It is now expected at some point in the next year,” according to BBC. This means that many 5G projects in the UK will be delayed almost by a year.

Saudi Arabia may be an exception in this regard. As of May, 2020, the country ranked third in the world and first in the Middle East in commercial deployment of 5G networks, according to Al Arabiya English.

All things considered, however, 5G has been a victim of the coronavirus pandemic, at least in the short run.

However, the pandemic has simultaneously raised awareness about the real difference that teleworking and IoT can make in challenging times.

In light of the recent events, many now see 5G as a real, practical necessity which adds robustness to our business ecosystems, and not merely a flashy technological gimmick. In the larger scheme of things, therefore, the coronavirus problem may even have sped up the expansion of 5G networks.

And, players in the telecoms industry are becoming more resilient in the face of the current challenges. Mobile virtual network operators (MVNO) seem to be better positioned to optimize their operations than traditional industry players.

As MVNOs do not own their wireless network infrastructure, they can—in theory—make use of base transceiver stations (BTS) maintained by various industry players, thus maximizing their agility and robustness, while diversifying their offers to customers.
Cloud-native solutions used by MVNOs, meanwhile will “gives us so much flexibility in how we develop, rate and monetize services,” according to Lebara, a UK-based telecom company with operations in Europe and Saudi Arabia which uses the MVNO business model.