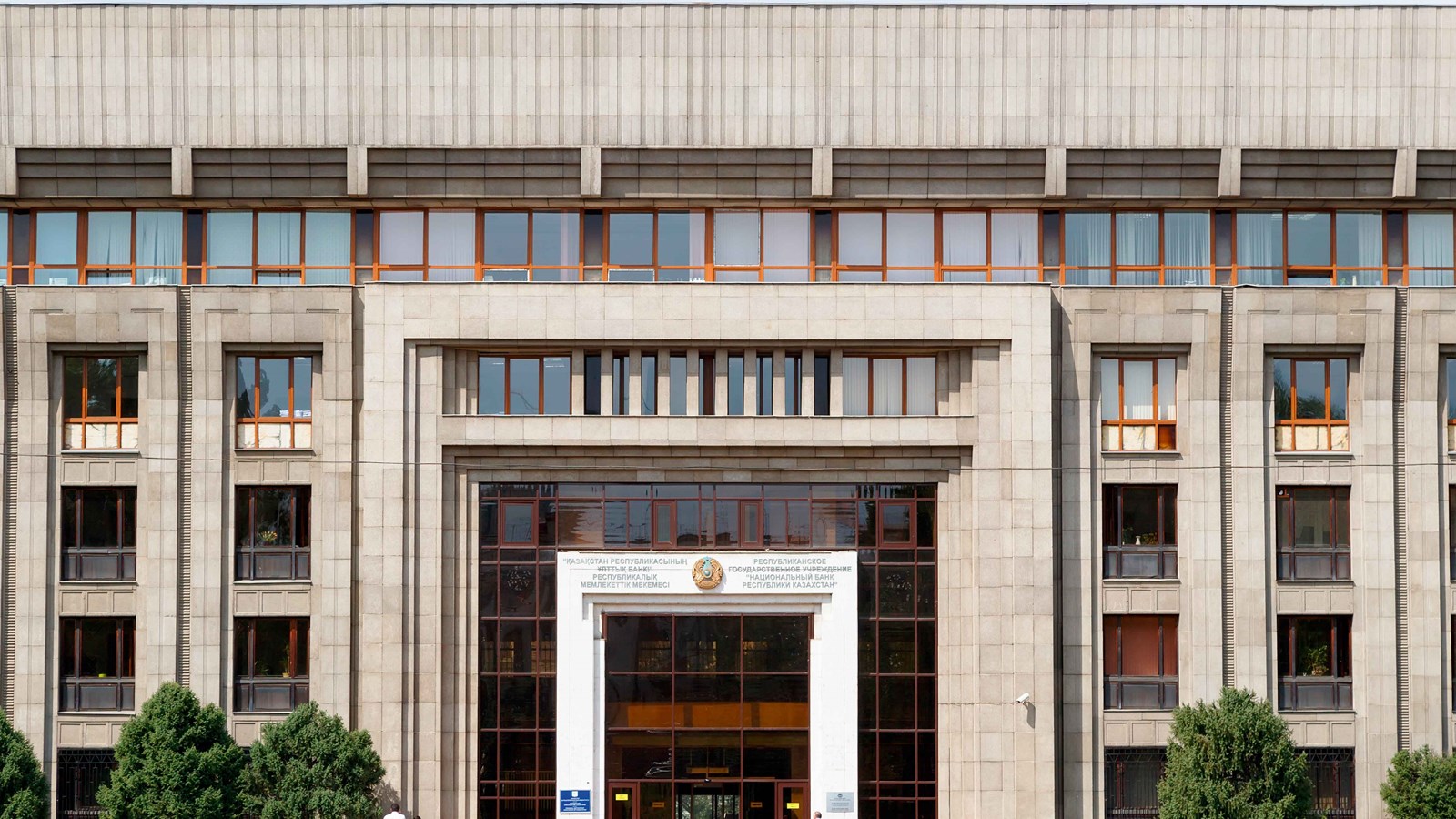 Share on:
As the joke goes, an asteroid is nature’s way of asking how one’s space program is shaping up. Likewise, the specter of real and present danger has prompted stress tests […]

As the joke goes, an asteroid is nature’s way of asking how one’s space program is shaping up. Likewise, the specter of real and present danger has prompted stress tests of Kazakhstan’s financial system. Yet in fortifying its defenses, Kazakhstan’s Central Bank (NBK) has set itself a realistic trajectory. Accordingly, in banking it has postponed the deadline for adoption of the Basel III regulatory framework from 2019 to a more realistic 2021. The resulting additional checks and balances at that time will likely thin out the local universe of 38 commercial banks, a state-owned institution, and 16 banks with foreign ownership. Today around 60% of total sector assets are in the hands of five prominent players.

The Ministry of National Economy wants adequate credit to reach deserving businesses. Its long-term objective is for the private sector to lead the economic charge, with SMEs generating a full 50% of GDP by 2050. Yet the World Bank’s Kazakhstan Country Economic Update Fall 2017 paints a picture of static lending activity for 9M2017, including to SMEs. FX credit declined 13.8%, and short-term credit printed a milder decline of 9.5%. Kazakhstan’s new financial center will need to shore up liquidity essential in galvanizing entrepreneurship, as we will see.

More worryingly, after its decline of recent years, the ratio of nonperforming loans (NPLs) to total loans officially more than doubled between end-2016 and September 2017, from 6.7% to 12.7%. A clutch of major banks hold the bulk of NPLs, and by Moody’s calculation, the ratio could be higher. It cites Kazkommertsbank’s NPLs at 40% of its portfolio as of September 2017 and at 85% at RBK. NBK launched a program in mid-2017 to inject some stability into troubled banks and prevent systemic contagion of poor sentiment and inadequate provisioning for NPLs. Accordingly, NBK announced it would allocate KZT500-700 billion (1.3% of GDP) toward the recapitalization of ailing medium size banks; this in addition to its KZT2.1 trillion (4% of GDP) bailout of Kazkommertsbank, purchased by Halyk Bank in June 2017. Less forgiving, in 2H2017 NBK cancelled Delta Bank’s banking license. Minister of National Economy, Timur Suleimenov, hit the nail on the head in a TBY interview, noting that the government program geared at promoting bank solvency will, “create better governance, transparency, and management of those companies according to international standards.”
The sharia financing route, legislated in 2009, is gaining traction. Gordon Haskins is the CEO of Al Hilal Bank Kazakhstan, the first Islamic Bank in the CIS, established in 2010 as a subsidiary of Al Hilal Bank PJSC (UAE) with 100% state ownership in Abu Dhabi. He notes that late in 2017 President Nazarbayev announced a forthcoming USD300-million sukuk in 2018, viewed “as a potential investment opportunity both here and in the UAE (noting that) in the past few years, there has been considerable interest in Kazakhstan credit,” which he anticipates being replicated among sukuk holders.

Much is expected of the local capital markets in terms of setting the pace of national growth. Outwardly, the figures seem good. The Kazakhstan Stock Exchange (KASE) was the world’s number three by growth last year. Total volume of trades was up 60.3% YoY to KZT151.5 trillion, a historic high. The benchmark KASE index soared 59% to 2,162.69, marking a nine-year peak. In other welcome numbers, equity market capitalization climbed 20% YoY to KZT17.1 trillion. This year began with 127 shares issued by 110 issuers (a historic high) and 262 corporate bonds issues from 66 issuers. Its suppleness was in evidence, too. Having signed an MoU with Bank of China Limited last year, the KASE saw trades in Chinese yuan with settlements T+1 in tenge on February 20, 2017 and again with settlements of T+2 in tenge on September 14, 2017. Yet, the capitalization of the KASE remains at just 5% of GDP in contrast to 15-20% for Eastern European counterparts. Astana’s new financial center has its work cut out to first build and then sustain liquidity, raising the stakes and the returns.

President Nazarbayev wants a wider use of the Latin language and punctuation. This appears to be sensible for two reasons. First, it would expedite economic and financial digitalization. Astana’s main trade partner, the Eurasian Economic Union (EAEU), is, after all, working to realize the union’s 2025 digital agenda. Secondly, it would help to unleash the full force of fintech, tomorrow’s platform in the financialization of the economy. And so from one symbol of advancement to another, the Astana International Financial Center (AIFC).
Located on the vacated real estate of Expo-2017, the AIFC, echoing Dubai’s financial center, will be of international import once up and running; full design capacity is earmarked for January 1, 2019. The appeal is clear. The AIFC will host the full spectrum of activities and instruments, ranging from asset management to channel local business and wider interest in EMs, to Islamic finance and the nurturing of fintech-flavored entrepreneurship. Like around 85% of the world’s bourses, the AIFC’s independent legal institutions will observe English law; disputes will be referred to the Astana International Arbitration Centre. The AIFC has penned MoUs with the capital markets of South Korea, Saudi Arabia, Poland, China, and Russia, as well as with NASDAQ and entities specialized in Islamic finance. And most recently, the Development Bank of China has succumbed to the appeal, becoming the 10th resident of the AIFC. Around 100 resident institutions are anticipated within a year.

A key objective of the AIFC is serving as a conduit for the privatization of major enterprises within the Samruk Kazyna Sovereign Wealth Fund, which as of YE2016 had spent USD80 billion of its reserves, with USD60 billion left in the kitty. The privatization program begins this year with the potential sale of Kazakhtelecom in 1H2018 and preparations for Kazatomprom and Air Astana IPOs by 4Q2018, with sales earmarked for 2019-2020. All of the above activity will be channeled through the Astana International Exchange (AIX), championing corporate governance as it goes.

The story with insurance, much like that of banking and the capital markets, is one of deliberation on how to cast a wider net. Notably, voluntary insurance holds great promise, with three quarters of total gross written premiums (GWP) derived from voluntary insurance classes, while the mandatory insurance GWP exceeded 26%. Currently, proposed legal changes also have the potential to fuel the capital markets, since life insurers are among the key sources of financing in the economy. The Insurers and Financial Institutions’ Association of Kazakhstan has suggested that citizens be able to participate in the management of their universal life insurance. In developed markets, so-called unit-linked insurance has a 60% stake of the life insurance market.
The local insurance market hosts 32 companies, seven of which are licensed for life insurance and 25 for general insurance. Concentrated like the banking sphere, the top-10 insurers sit on over 70% of total GWP, with the top-three on 35%. In FY2017 the GWP of the local insurance market printed at KZT370.17 billion, climbing 3.72% YoY by official data. Broken into business lines, at YE2017 the local GWP portfolio comprised property insurance on 21.89%, life insurance on 17.88%, MTPL on 13.63%, and worker accident policies on 11.55%. Total assets of Kazakh insurers amounted to KZT 926.65 billion, and the total market printed a net profit of KZT57.23 billion, up from KZT68.2 billion a year earlier.

Kazakhstan’s financial system is set to leverage national digitalization for enhanced operation. And as the AIFC becomes the address of privatization transactions, turning the nation into a regional finance hub, a plurality of possibilities should appeal to the investor community.