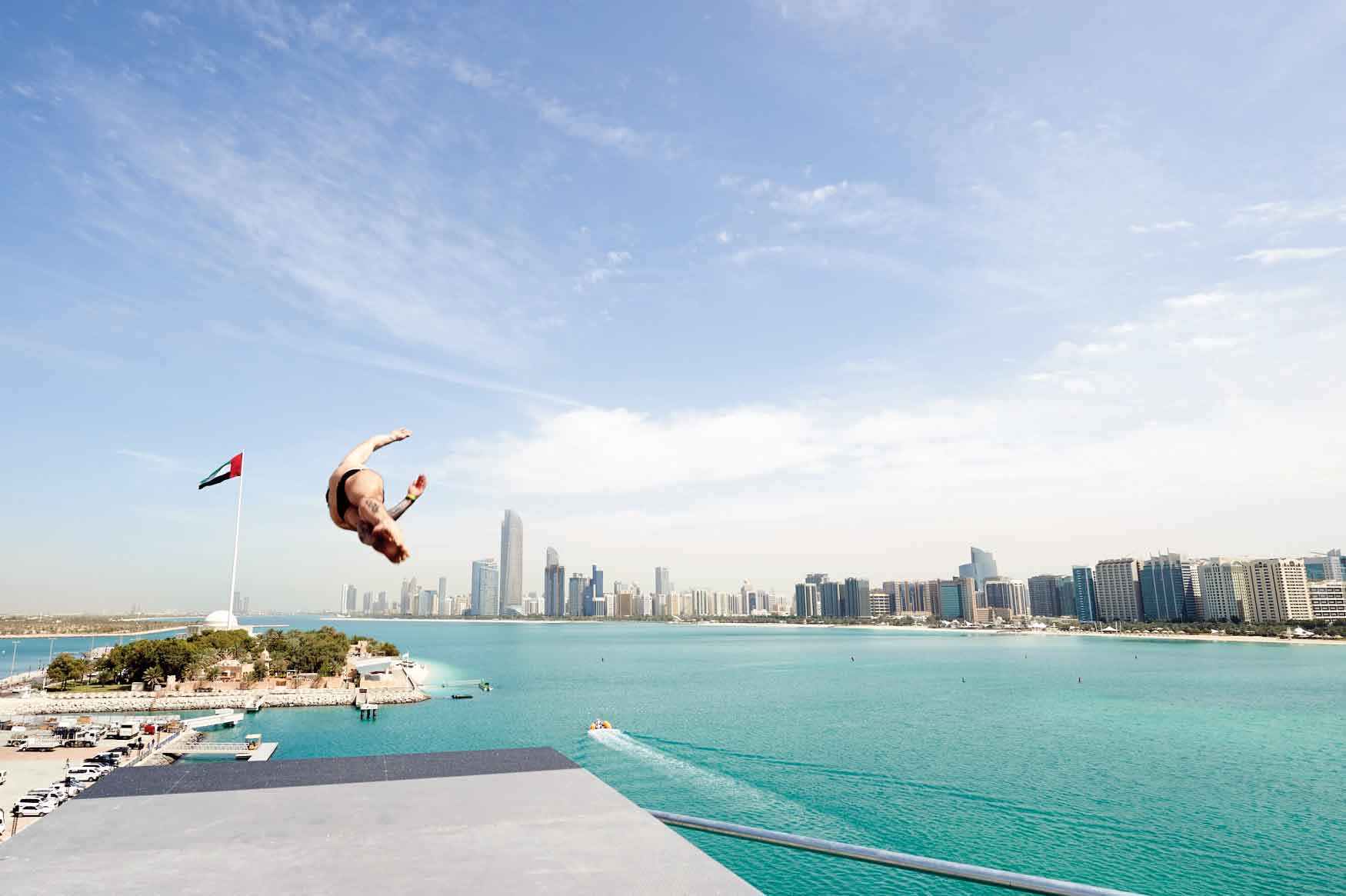 The Emirate of Sports 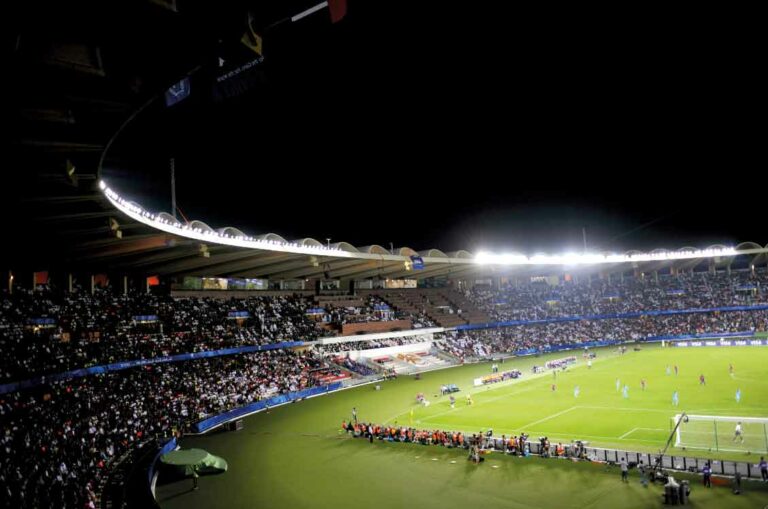 The Emirate of Sports

Abu Dhabi is well aware of the benefits hosting a sporting event can bring. That is why the Emirate has devoted itself to becoming a hub for all things sports.

While Abu Dhabi is known as an economic hub and luxury tourism destination, the Emirate is positioning itself to become a top name in sporting culture. The Emirate wants to be seen as the favorite destination for international sporting events. There are a number of incentives the Emirate sees for becoming a world-class events hub, such as bringing international media attention to the city, thus boosting tourism and improving the lives of residents and tourists alike.

The sports transformation is meant to achieve the goals of the Abu Dhabi 2030 Vision, which is intended to build a sense of community and social cohesion, as well as promote healthy lifestyles and overall wellbeing. Though there has been a recent surge in private-sector health facilities and sports clubs throughout Abu Dhabi, in typical Emirati fashion there is always room for more.

“We are never complacent,” HE Aref Al Awani, General Secretary of the Abu Dhabi Sports Council, told TBY in an exclusive interview. “We appreciate that sport is a business and can open up a world of career opportunities for UAE nationals, and not just those who want to demonstrate their prowess on the sports field, but the many ancillary jobs behind the scenes, in events organization, marketing, and in the financial arena. People with a passion for sport can find their niche here.

Efforts are already starting to bear fruit, with the Emirate producing more and more professional athletes. At 25, Ahmed Al Musharrekh is the first professional golfer from the country, and is already hitting the links with the sport’s top names. There is also Amna Al Haddad, a 26-year-old Emirati who will represent the UAE in weightlifting at this year’s Rio de Janeiro Olympics. With more and more Emiratis becoming professional athletes and gaining international attention, it is hoped that a generation of young Emiratis will be inspired to join the world of sports, especially women.

The Fatima Bint Mubarak Ladies Sports Academy is frequently regarded as one of the most important cultural institutions in the Emirate. The academy offers women a suitable and culturally appropriate environment for creating sports teams and training female athletes to compete at an international level. The academy strives to put women at the forefront of sports in Abu Dhabi and raise the UAE’s name among international sporting circles

The benefits of greater sports-mindedness and physical activity are profound for individuals, communities, and society, Al Awani says. Among the benefits is a reduced risk of certain illnesses, especially cardiovascular disease, leading to long-term savings of healthcare costs. As such, the Abu Dhabi Sports Council is working hard to bring major events to the country and hoping the emphasis will lead to more and more Emiratis taking up a sport of their own.

Last year, the Sports Council partnered with HSBC to put on Champions of Tomorrow, one of the largest sports programs in the country, which has introduced over 2,000 school-aged children to golf. The program takes the young athletes to the course of the Abu Dhabi HSBC Golf Championship and other participating courses and includes training sessions with professionals.

The Abu Dhabi HSBC Golf Championship started in 2006 and has become not only a favorite among golfers and fans, but also one of the most the premier events in the European Tour, with big names attracted every year. In 2011, the prize fund was increased by $500,000 to $2.7 million, making it the largest pot in the European Tour’s Gulf leg, which also includes the Dubai Desert Classic and the Qatar Masters. The Championship also works closely with the Abu Dhabi Tourism & Culture Authority (TCA Abu Dhabi); visitors who come to the sporting event are soon introduced to a flourishing tourism market and all that the Emirate has to offer. The tournament also gives exposure to fans through international television broadcasts, showcasing the Emirate and putting it on the radar of potential visitors. The Abu Dhabi HSBC Golf Championship reaches a cumulative television audience of some 400 million viewers. Last year, the golf game brought in almost AED150 million throughout the UAE.

The Emirate is keen on hosting events that enhance its publicity and bring in money. In both 2012 and 2014 Abu Dhabi participated in and hosted the Volvo Ocean Race. The round-the-world yacht race proved to be a great success for Abu Dhabi, which not only claimed the overall victory led by English skipper Ian Walker, but also saw an economic impact of nearly AED190 million from hosting the event. Abu Dhabi is also the host of the Formula 1 Etihad Airways Abu Dhabi Grand Prix. Located on the Yas Island, the 5.55km Yas Island Circuit, designed by Hermann Tilke, allows drivers to reach speeds of up to 320km/hour, and boasts a scenic waterfront location that rivals Monaco. The track weaves through the new city’s recently constructed marina and underneath the amoeba-looking Yas Viceroy Abu Dhabi hotel. The event draws some 60,000 spectators, many of whom remain in the Emirate and further stimulate the airline, hotel, restaurant, yacht charter, and mall sectors. Hotel occupancy rates, revenue, and average room rate routinely increase when the Emirate hosts a major sporting event.

At the Abu Dhabi Sailing and Yacht Club is where the Emirate’s history with and passion for water sports finds its base of support. In May, the sailing and yacht club hosted the ASAF Asian Sailing Championships, which involved six days of racing and whose champions will go on to represent their respective countries in this year’s Olympic Games in Rio.

Abu Dhabi’s drive to be home to all things sports means that it plays host to not only the traditional or conventional sports, but to all. The Emirate has previously hosted the Wake Park World Championships at its wakeboard park located in Al Forsan International Sports Resort, a sprawling sports facility located 10 minutes from the airport that offers everything from motor sports and paintball to equestrianism and shooting. Later this year, the Emirate will host the International Rafting Federation’s World Rafting Championships at the Wadi Adventure Park in Al Ain.

While Abu Dhabi has spared no expense in building all types of sporting facilities, the Emirate itself is endowed with natural sport-appropriate areas, and the region has a few sporting heritages of its own. The Abu Dhabi Corniche runs along the center of the city in between the beach and the city. The extensive promenade gives itself and its pristine waters and white sand perfectly to aquatic sports, such as swimming and sailing. The area was used for both the FINA Swimming 10k Marathon Swim and the 3rd FINA High Diving World Cup, both of which the Emirate hosted in February.

Throughout the UAE, falconry is also a highly regarded sport and is considered to be traditional. Long ago, falconry became a common practice in the region as a means to supplement the diet of desert life. The primary prey for falconers is the houbara bustard, which in autumn on its flight south passes through the Gulf. Among falconers, the peregrine and saker falcons are the most common, though many other breeds are highly regarded and used. In the region, the sport has been practiced for millennia, during which time falconers have developed specialized breeding and rearing techniques. Today, it has been reported that the UAE spends some $27 million annually on conservation and protecting the habitat of wild falcons. The Emirate is home to the Abu Dhabi Falcon Hospital, the largest such avian facility in the world. The hospital has become a tourist attraction since it was opened in late 1999, and offers tours of its facilities, including the luxurious wards where the falcons are housed. Emiratis hold falcons and falconry in such high regard that the UAE introduced falcon passports.

Another common traditional Emirati sport is endurance racing, an equestrian sport based on controlled, long-distance races. The most common breed of horse is, ironically, the Arabian, a breed that holds much significance and regard in the region. The highest level endurance riders may travel up to 160km in a single day. In February, Abu Dhabi hosted in Wathba the President of the UAE Endurance Cup, a cup that holds the record for fastest endurance race.