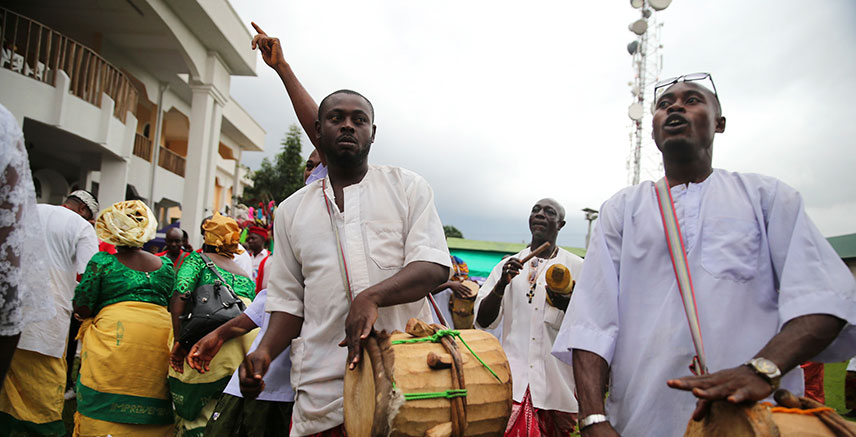 The Hole of Onitsha

The Hidden Logic of Nigeria’s Economy

Nigeria is a nation plagued by economic conundrums. It is one of the world’s top producers of oil, yet it imports its petrol and diesel. It has vast reserves of natural gas, and yet its power plants often face a shortage of supply that cripples the power grid.

Any observer or visitor will immediately set about trying to understand these problems, and will generally fail to do so. Nigeria’s economy often defies logic. Unique systems and mechanisms power it. They require care and patience to see, let alone decipher. The true order of the system is often hidden in duplicity and improvisation.

Buried in a relatively obscure book written before the contemporary issues with power and refineries arose is an anecdote that explains a key phenomenon underlying several of Nigeria’s persistent economic distortions.

Ryszard KapuÅ›ciÅ„ski was a Polish journalist active in Africa in the 1960s and 70s. He witnessed many of the political upheavals of the era. He worked extensively in Nigeria, and once embarked on a trip to visit Onitsha, an Igbo town in Nigeria’s southwest that is home to one of the largest markets in Africa. He wanted to see and learn about this market, but he never made it there.

On the road, just before town, he encounters a massive traffic jam. Cars are at a standstill. He waits. Then he gets out and walks up the line of vehicles to find the source of the delay.

At the front of the line is an enormous hole. A truck is stuck inside of it, and a team of men is pulling the truck out with chains and ramps. After much effort, they extricate it. The next truck in line immediately plunges into the hole, and a different team of men is employed in its salvation.

Around the hole a number of market women set up shop selling food to the men, who are hungry from effort and have been paid to rescue cars. A barber, mechanics, and several tire salesmen set up to service passengers who suddenly have plenty of time. All have sprung up to take advantage of the captive audience provided by the hole.

KapuÅ›ciÅ„ski wrote: “The curse of drivers traveling to Onitsha became the salvation of the residents of Ogun Road, and of this entire neighborhood… For a long time, people did not allow this hole to be repaired.”
There are many contemporary examples of the Hole of Onitsha. They affect life at all levels, from travel to industry.

For example, buying airline tickets is a hassle. All of the major airlines have websites, yet they seldom seem to work. Seats are sold out, payments don’t go through, and it’s impossible to pay with a foreign card.

One could spend hours trying to book online, or, for a small fee, an agent who spends most of his time at the airport can book it for you. This agent is informal, he knows everyone, and he shares his commission with airline employees who ensure he is allocated seats. If you pay this commission your flight will go smoothly.
Nigeria has three significant refineries, but none function anywhere near their capacity. They are in a state of disrepair, deprived of the considerable funding needed to maintain them. This has been the case for decades, since at least the administration of Abacha, who intentionally sabotaged them.

Instead, the state spends billions each year to import petrol and diesel at subsidized prices. This work is done by politically connected middlemen who turn enormous profits. Successive administrations have been unable to revive the country’s refining capacity.

Nigeria has vast deposits of natural gas, and it even has many gas-fired power stations. Yet years of poor policymaking and planning mean that a “shortage of gas” plagues the power stations, which in turn creates a shortage of electricity so bad that Nigerians have renamed the National Electric Power Authority, or NEPA, “Never Expect Power Anytime.” Here too is the same hidden logic.

The shortage of electricity cripples the economy, but produces a vast market for generators of all sizes. These generators must be imported and sold, and they burn diesel fuel around the clock. This increases the demand for the subsidized fuel which costs the federal government so dearly while filling the accounts of the connected.

On this road to Onitsha we discover the core of an important system operating on the Nigerian economy. Nigerians complain, visitors wonder, economists analyze the annual losses, and yet the hole of Onitsha continues to devour. Facts and figures do not tell this story, and a careful analysis of Nigeria’s macroeconomic fundamentals would miss it.

The Hole of Onitsha is an operating principle. It holds that systems are intentionally kept in a state of disrepair for the benefit of a certain group. Without this principle Nigeria makes no sense. Look for it and it crops up everywhere.