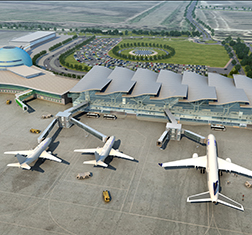 Share on:
While short-term economic fluctuations have some investors gritting their teeth, market insiders are sanguine about the long-term prospects of the national real estate sector. In fact, in late 2015, the […]

While short-term economic fluctuations have some investors gritting their teeth, market insiders are sanguine about the long-term prospects of the national real estate sector. In fact, in late 2015, the Developers Association of Kazakhstan warned of an impending shortage that could emerge as soon as 2017, as a result of projects frozen by leading construction companies. And while commercial impediments are delaying projects, the country’s rapidly growing young population is reaching the home-buying age and the market is evolving to meet this demand.

According to the Developers Association of Kazakhstan, the supply in the primary real estate market has decreased by 20% over 2H2015 and the decline seems to be carrying into 2016. At first glance, the numbers seem to belie this reality. By August 2015, a record amount of residential space hit the market—about 720,000sqm. Now, construction companies are postponing new projects.

Like many changes over the last year, this can be attributed to the declining value of the tenge. Increased costs of materials and services and market volatility are compounded by a lack of programs to support housing construction development. In late 2015, the Astana Times reported that prices for imported materials increased by 35%, while locally produced materials increased by 15%.

Builders toward the end of the Soviet era were utilitarian and thrifty above all else. As a result, the majority of housing in the country is old, dilapidated, and must be replaced soon. In addition to being an eyesore, many old Soviet apartment buildings are poorly insulated and expensive to heat. The UNDP estimates that more than 65% of housing in Kazakhstan consume between two to three times more energy than European homes. As of 2014, Kazakhstan had a total of 283 million sqm of housing stock. Of this, only 82 million sqm was built after 1991.

Given the novel nature of these conditions, the government is now moving to buttress the sector through new legislation. Legislation in early 2016 introduced more stringent requirements developers. The law addresses equity shares in housing construction and the associated amendments to laws that lower the equity risks. The changes also introduce new mechanisms to funnel more of the general population’s investment in housing construction. The goal is to make housing investment a safe and viable option for small- and large-scale investors.

Explaining these changes, National Economy Deputy Minister Marat Kussainov told the press that, “a developer must have not less than three years of work experience in constructing residential buildings of not less than 18,000sqm in cities of national significance or the capital city and not less than 9,000sqm in regions and performance without a loss for the last two financial years, as well as borrowed and own capital ratio not less than 7%.“

PMR’s latest “Construction sector in Kazakhstan Development” forecasts for 2015-2021 report found that construction industry output increased by 4.6% to KZT2,667 billion in 2014. These numbers represent growth fuelled largely by new construction projects. On the other side of the equation, initiatives involving extensive modernization and repair have declined in value.

New construction rose from 82.3% in 2012 to 85.1% in 2014 as a proportion of total output, and the proportion is likely to be increased to around 86% in 2015. Concurrently, new construction projects are shifting to private Kazakh companies, while foreign and state-owned companies decrease their exposure to real estate. Foreign contractors are likely to begin to show renewed interest in the market according to PMR. This is based on the fact that construction output generated by foreign contractors in 1H2015 increased by more than 82% YoY.
Kazakh private companies accounted for 84.4% of all construction output in 2014 ensuring that the sector is dominated by locals. They were followed by foreign firms, which came in at 14.9%. State-owned firms have largely exited the market, accounting for only 0.7% of total output. This breakdown shifted noticeably over 1H2015 as a declining tenge changed the nature of investment in the country. While private Kazakh firms saw their share decline to 77.3% of national construction output between January and June, worth KZT937 billion, foreign companies snapped up market share and increased their role to 22.1%.

According to PMR’s data, the most dynamic construction activity over the last decade occurred in the residential market. Residential properties that came online in 2014 alone came to 7.5 million sqm in total floor area. This represented a 9.8% increase over 2013, the most housing completed in more than two decades and possibly an all-time high. Preliminary data from 2015 points to a continuation of this trend. In 1H2015, 24% more space was activated throughout the country, on a YoY comparison.

Local banks have increased mortgage lending, and in doing so have increased ownership opportunities for middle-income buyers. Property sales rose by 8% in 2H2015 over the previous year, reaching 93,122. This growth rate took place in the majority of the country; however, the most substantial increases in transactions recorded were in Astana (+69.1%), Mangistau province (+45.1%), and Akmola province (+28.1 %). Almaty and Almaty province saw upturns of 6.2% and 5.2%, respectively.

The loan value granted by banks to construction companies reached KZT268.4 billion as of 1H2015. With regional instability and currency depreciation, this 12.5% YoY decline is surprisingly benign and should reverse soon. In support of this thesis, mortgages rose to KZT115.5 billion in the first half of 2015, a 20.3% nominal increase over the previous year. In addition, construction output rose by 5.1% over the first half of 2015. Bank loans granted to construction companies in the same time period rose slightly to ‚¬1.29 billion from ‚¬1.26 billion a year earlier. This represents a significant rise in the tenge value of construction projects.

Average mortgage rates reached 10.9% in 2014 for KZT denominated loans, down slightly from 11.5% for 2013. These were mirrored by foreign currency based loans at 10.9% and 12.7, respectively. That said, mortgages granted in foreign currencies make up a fraction of KZT based loans—only 1.7% in 2014.

In the context of the last decade, current loan rates are still well below the heady days of 2007 when new mortgages reached KZT417.5 billion. According to PMR, current banking practices—and reticence to overextend in this market—make it unlikely that the market will see these levels in the next few years. A slowing economy, bets that property values would keep rising, and a growing portfolio of property related NPLs have all forced banks to tighten their lending standards. This was manifest in a disparity between respectable economic gains by the economy over 2013 and 2014—6.1% in 1H2014, from 6.5% in 1H2013, and an anemic increase of 1.5% in mortgage lending over the same time period.