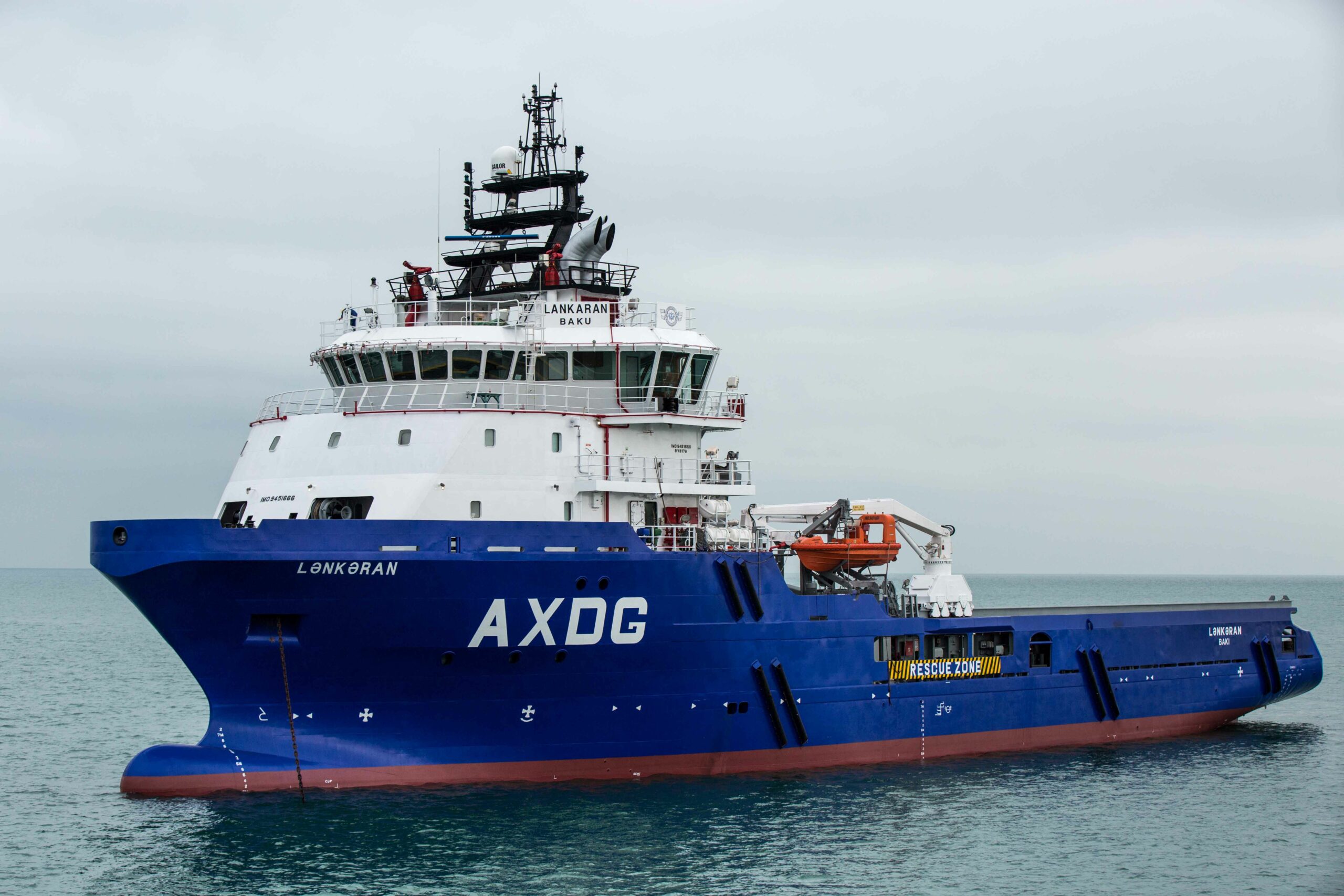 Share on:
Azerbaijan can rightly claim the title as the Caucasus' transportation hub.

Much of Azerbaijan’s transportation policy is being directly shaped by international factors, for the country’s location is crucial for this sector. As well as being on the well-recognized axis between Europe, the Middle East, and Asia, the country is also bisected by the 5,600-km North-South Transport Corridor (NSTC), which runs from India to Russia via Iran and Azerbaijan, on road, rail, and sea. Azerbaijan also sits on other, age-old, corridor: the east-west trade route known as the Silk Road. In 2014, HE President Aliyev told his cabinet that, “The construction of a marine port and the construction of the Baku-Tblisi-Kars (BTK) railway are closely related issues. We must expand these corridors.” Azerbaijan’s transport system in 2016 is, then, being developed to respond to international opportunities. Over the past 10 years, Azerbaijan has redeveloped its major road links to neighboring countries in an effort to consolidate its position as the transport hub of the Caucasus. Since 2005, the country has built 8,478km of new roads and constructed more than 300 bridges. In short, Azerbaijan has never been more interconnected. The Asian Development Bank (ADB) is pledging to finance transport infrastructure projects worth a total of $752 million, 46.5% of which will fund road projects. The challenge now is for the country to ensure trade rises sufficiently in the wake of this investment. The litmus test will be big-ticket projects like the BTK railway.

Azerbaijan’s first railway line was laid in 1878 and the country today has an extensive and well-integrated rail network extending to 2,918km of track. The network is managed by Azerbaijan Railways, the state-owned operator, which has 4,929 employees. These days, just one rail project takes the headlines: the BTK railway that traverses the country to link Georgia to Turkey, via Azerbaijan and 826km of new tracks. Beset by numerous delays, the project is due finally to be completed in 2017. Originally planned to open in 2010, the government must be hoping the trains themselves will run on time. Once open, the BTK railway is the final piece in an ambitious jigsaw: a seamless rail link stretching from China into Europe, enabling freight trains to run from Seoul to Istanbul in just 15 days (under half the time it takes to ship by sea). The line’s annual target of carrying 6.5 million tons will be expanded to 17 million tons over time. The BTK line is expected to carry 1 million passengers a year, rising perhaps to 3 million within 10 years of its first coming into operation.

In addition, a completely new high-speed line is currently at planning stage, and will link Baku with Sumgait. The Ministry of Transport is currently in talks with the ADB to secure FDI and central funding for the new railway, which will necessitate just 30km of new tracks. This ongoing development of rail in Azerbaijan is of considerable interest to countries in the region, including Kazakhstan, which exports most of its oil via rail, and for which Azerbaijan’s freight trains will provide a key (and inexpensive) route to European markets.

In 2006, the government in Baku launched the Road Network Development Programme and allocated a budget of $3.4 billion, funded in part by the ADB. The program ran from 2006 until 2015, and sought to massively upgrade and repair Azerbaijan’s highways, around 70% of which were assessed to be in a poor condition, with high maintenance costs and high accident rates. Toward the end of 2014, the ADB progress report concluded the program had already been rated “successful.” Indeed, the program saw the construction of more than 6,500km of new roads, 300 bridges, and saw the upgrading of hundreds of kilometers of highways. The total road network today stands at 19,200km of surfaced highway.
Traffic alone necessitated this work. In 2013, 125 million tons of cargo was transported on the country’s highways, and 1.5 billion passenger road trips were undertaken. Between 2006 and 2010, the volume of traffic on Azerbaijan’s roads increased 20-fold. Azerbaijan in 2016 is home to around 1.10 million private automobiles and 31,000 public buses. And the roads sector is an important employer, with a staff of 18,467 (up from 17,789 employees in 2012).

Air travel in Azerbaijan has, of course, come a long way since the first plane touched down in Baku in 1910.
Azerbaijan’s main international airport is Baku Heydar Aliyev International Airport, located 20km northeast of Baku. The airport is the busiest in the Caucasus region, and is home to Azerbaijan’s national flag-carrier, Azerbaijan Airlines (AZAL). Thanks to a new terminal opened in 2013, the airport’s total capacity is now 9 million passengers per year. The terminal alone has a floor surface area of 58,000sqm—a tripling of overall capacity. The airport has three runways.

AZAL is currently pursuing an expansion of market reach, particularly targeting customers for new long-haul flights to Southeast Asia and North America. The airline is part of the Azerbaycan Havayolları Joint Stock Company. In December 2014, Azerbaijan announced the delivery of the first two craft for a new fleet of Boeing 787 Dreamliners. The new aircraft marks the start of a completely new fleet of long-haul craft to service new routes to Asia and North America, able to fly distances of 15,000km at a time. The delivery of the Boeing 787 made Azerbaijan the first country in the CIS to acquire one of Boeing’s advanced new models. Also in 2014, Azerbaijan’s cargo carrier, Silk Road West, signed a $1.1 billion contract for three Boeing 747-8 aircraft to complement its flights to the Middle East, Asia, and Europe. Each plane can carry 210 passengers, and the models are exceptionally fuel-efficient. The country is starting by launching frequent flights to Beijing, New York, and London, in the hope of bringing in increased numbers of business and leisure travelers.
The country’s investment in aviation can be seen, then, as a deliberate strategy to build its international brand. In the wake of such successful international events such as the 2012 Eurovision Song Contest and, more recently, the 2015 Baku Games, Azerbaijan is seizing the opportunity to draw more visitors, and to put Azerbaijan Airlines at the heart of this effort. The new fleet of Boeing 787s will offer passengers a first-rate flying experience: comfort, speed, top levels of service—the kind of experience that will promote the best the country at large has to offer. The new fleet will also allow for greater integration of the country’s passenger and cargo operations.

All in all, Azerbaijan is home to eight airports, seven of which have been built in the last 10 years, and five of which have international status: Baku, Nakhchivan, Ganja, Lankaran, and Zagatala. The expansion of the sector’s capabilities is just: aviation is a growing share of the national GDP, currently contributing 1.8% and provides employment for 66,100 people.

Azerbaijan has huge potential in maritime transportation and logistics. Currently, Azerbaijan’s Caspian Sea Shipping Company dominates the cargo operations for oil and oil products. But with new investment, the sector is ripe for diversifying—and for more competition.

Marine facilities in Azerbaijan are being upgraded in a big way. The new state-of-the-art Baku Sea Port is being upgraded in installments that will see its ultimate capacity reach 25 million tons and 1 million TEUs a year. Once complete, the Caspian port will form part of the new Baku International Sea Trade Port Complex, a vast project that will greatly strengthen the city’s presence on the Caspian Sea. Azerbaijan is set to become the marine hub of the Caucasus. Located around 60km south of Baku, the Alyat facilities—to which the port relocated at the end of 2015—are proof of Azerbaijan’s commitment to (and confidence in) the future of maritime trade. The costly port expansion is coming at a challenging time for the economy, but the sea port is seen as one of the most promising areas of the transport sector. It is thought that, in the final stages of its redevelopment, a free trade zone will be established as part of the complex.

The relocation of Azerbaijan’s oldest port from Baku to Alyat is strategic, and greatly improves the country’s transport integration. The key to Alyat’s location is connectivity: to the south, with Iran; to the north, with Russia, and to the west, with Georgia and Turkey. Moreover, these countries are all now directly linked via rail, further deepening the country’s transport system’s integration and ensuring Alyat’s—and Azerbaijan’s—future as a transportation, shipping, and logistics hub for the region.