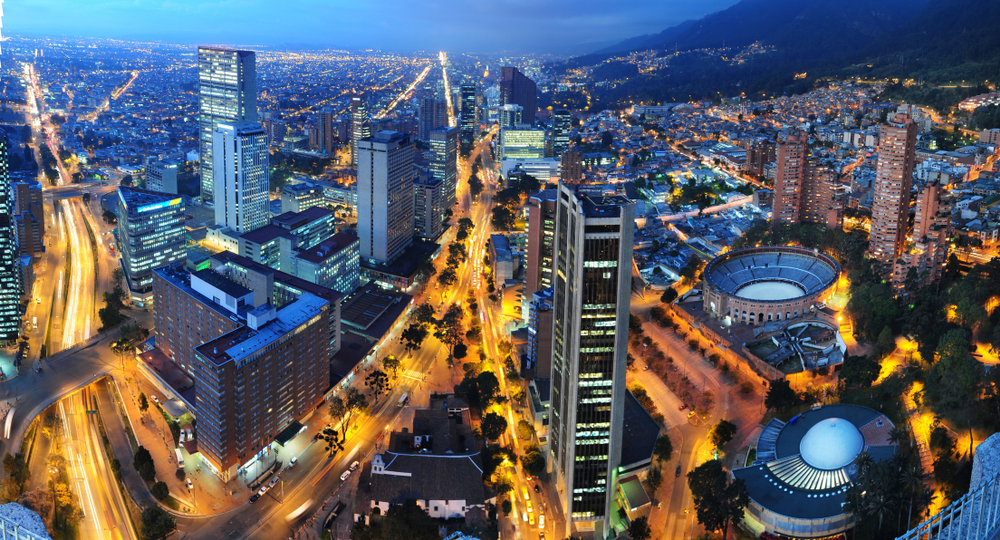 The place to be

Over the last few years, Colombia’s conducive business ecosystem has become more attractive to international companies, which see the country as an appropriate location for their plants and, more importantly, regional HQs.
The government has “showed commitment to fiscal discipline,” says the World Bank, which has maintained Colombia’s investment worthiness since 2013. It is estimated that well over 200 foreign companies have flocked to Colombia over the last five years, setting up shop mainly in Bogotá. Fortunately, the commercial law permits international businesses to operate in the country without much hassle. In particular, the law does not require foreign businesses to name a local partner. Nor does it impose any major restrictions on asset ownership by foreign nationals.

Among several legal frameworks provisioned by the law for foreigners to set up their businesses, the “branch of a foreign company” option has been one of the most popular paths. The ease of doing business in Colombia is not the only big draw for international players. Although the economy is not without its challenges, the pros of doing business in the country outweigh its cons. As the fourth-largest economy in Latin America, Colombia’s market is a major attraction in its own right.
The World Bank is positive that the economy will slowly but surely continue to grow between 2019 and 2021, leading to higher private consumption. This will quite probably translate into the expansion of the internal market. Using Colombia as a regional hub is also facilitated thanks to the presence of a skilled workforce and the country’s relatively well-developed infrastructure.
The country’s rise as a haven for international companies has positively influenced the local job market. According to an index published by Hays, a global recruitment intelligence firm, “The share of graduates in Colombia’s population rose notably in the previous year, easing the pressure on employers seeking skilled workers.” According to the same source, finance directors, business unit managers, and web developers and cybersecurity experts are now highly in demand.
The list of companies which have taken an interest in Colombia over the years is fairly extensive and includes names such as Facebook, Starbucks, and Forever 21, among many others. However, three companies in particular have managed to create the most remarkable success stories in Colombia.
Coca-Cola was one of the early entrants to the county. The soft drink giant has been doing business in Colombia for over eight decades, in cooperation with local bottling plants. Coca Cola Colombia supplies over half a million retail shops across the country. It is said that while the company’s operations directly create over 2,000 jobs, the company’s wider business network employs even more Colombians. As a matter of company policy, the bulk of the workforce is always local, just as the final products are exclusively for the local market. Its long history in Colombia shows that foreign heavy industries can be equally successful in the country.
Launched in 1956, GM was another pioneering foreign businesses to set up an assembly plant in Colombia. GM Colmotores is now among the top three largest industrial companies in Colombia and has, over the years, put together over a million cars. Some 1,300 direct jobs are generated in Distrito Capital thanks to the company’s activities, though the number of indirect jobs must be 10 times larger. As many as 50 variations of different Chevrolet models are assembled in GM Colmotores, which are both sold in the local market—where Chevrolet has been a bestselling brand for three decades—and exported to other South American markets.
Sociedad de Fabricación de Automotores (SOFASA) has a rather different story. Though it is a Colombian company headquartered in Envigado, its shares have always been owned by foreign automakers including Renault, the Bavaria Group, Toyota, and Mitsui. However, Renault has always had the upper hand and is currently the only shareholder. It was with the French car maker’s iconic Renault 4 that the assembly plant’s activities began in 1969. Over the years, the plant has manufactured a fair number of well-known Renault models, ranging from Renault 21 in 1987 to Renault Logan in 2005 and Renault Duster since 2012. As the first manufacturer of certain models in the Americas, the company exports to Andean nations such as Bolivia, Ecuador, and Peru and supplies Colombia’s own relatively large automobile market.
The longtime presence of these big players is certainly a positive omen for the new international companies considering setting up shop in Colombia.