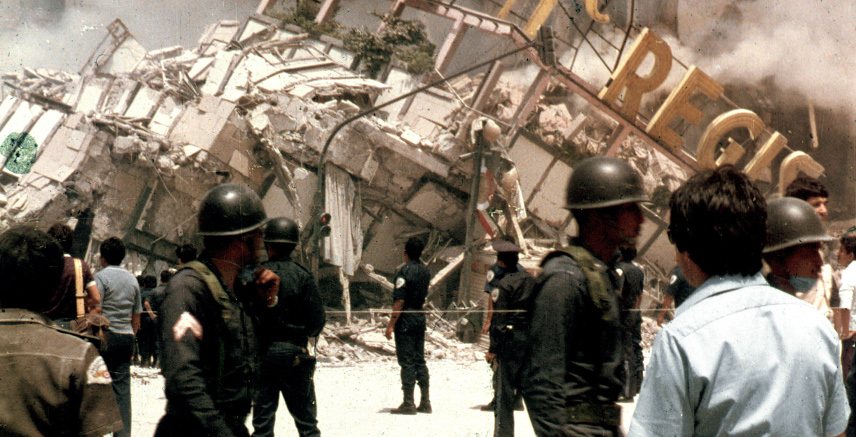 The politics of natural catastrophe 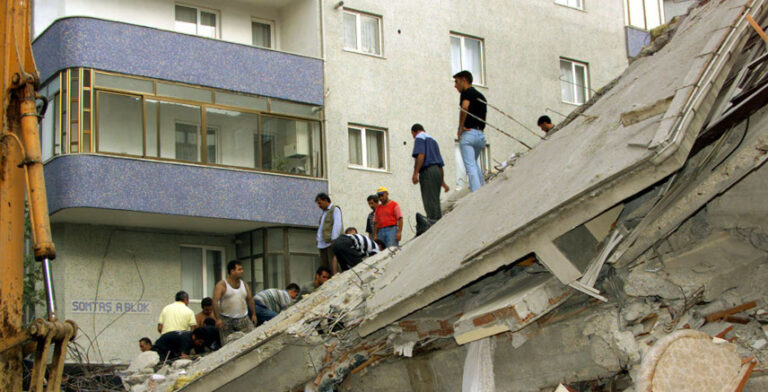 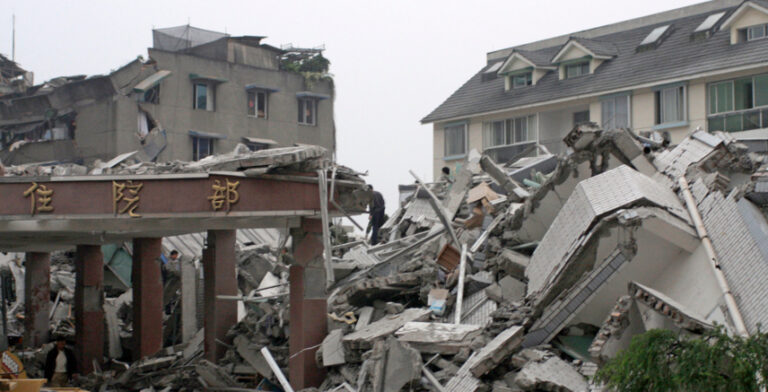 The old adage “Let no crisis go to waste,“ must be one of the most oft-quoted but under-adhered to proverbs of recent times.

The Hotel Regis in Mexico City’s central Alameda park square collapses after an earthquake in this September 19, 1985

The old adage “Let no crisis go to waste,” must be one of the most oft-quoted but under-adhered to proverbs of recent times.

Over recent weeks, natural disasters have swept across the Caribbean and Central and North America, inundating cities (Houston), destroying entire islands (Jost Van Dyke), postponing elections (Cuba), and dredging up the demons of past disasters (Mexico).

If there’s one upside to the natural mayhem of late, it’s that the curve of public and private memory are beginning to converge: Trump can scarcely respond to Houston outside the context of Katrina, while Mexican President Nieto’s handling of the earthquake of September 19 is being all too closely judged by those who bitterly recall his predecessor Miguel de la Madrid’s callous response to the disastrous quake of September 19, 1985.

The following case studies are a poignant reminder of the political consequences of natural disasters, and of the fact that governments can seize the moment when crisis strikes, or spurn it at their peril.

Nicaragua is no stranger to significant natural disasters; after all, its 20th century political history was largely decided by two.

In 1902, the eruption of Mount Pelée in Martinique incinerated the small French colonial outpost of Saint-Pierre. Engulfing the city in less than a minute, the lava traveled at speeds of 150 m/s and claimed 28,000 lives. Just two survived.

Though Nicaragua lies 2,500km away, the effects there were nearly as dramatic. While the French had ignominiously failed in their attempts to build a canal across Nicaragua for thirty years, US plans to do so were already afoot.

However, proponents and lobbyists of routing the canal instead through Panama seized upon the eruption of Mount Pelée to argue that Nicaragua was too risky for such endeavor.

Presenting as evidence to the court of congressional opinion a recently minted stamp showcasing Nicaragua’s beautiful Momotombo volcano, which abuts onto the same lake as the capital of Managua, Panamanian lobbyists planted a story in the New York Sun claiming it had erupted. They described how it sent seismic shocks across the country; it was a total fabrication.

The US congress voted in near-unanimity to opt for Panama instead.

Fast forward seven decades and the small and impoverished agricultural nation was firmly in the grip of president Anastasio Somoza. The country had seen the greatest economic growth of any Central American nation in the 1960s and was a strong Cold War bulwark for US interests, both economic and ideological.

Until a 6.5 richter-scale earthquake sunk its mandibles into Managua, destroying the center of the capital. Around 10,000 people died, 300,000 were made homeless, and 80% of its buildings were damaged or destroyed.

As political scientists have pointed out, natural disasters often have a more adverse effect upon authoritarian regimes than democracies for one simple reason: people know precisely whom to blame.

Though rivers of foreign aid immediately flowed in from more than 25 countries, virtually none of it reached the quake’s true victims. Instead, it found its way into the pockets of regime affiliates, who used it on land speculation or lent it out at much higher interest rates for private gain. Thus had the quake the perverse effect of exacerbating already abundant inequalities.

The effects of this catastrophe were compounded by a massive cotton crop failure earlier that year. As a result, public support for a rebellion that had been brewing since the 1960s became stronger than ever.
By 1979, Somoza was gone.

In an irony skirting between the tragic and absurd, residents of Mexico City had barely reentered their homes and workplaces from earthquake preparation drills last Tuesday September 19 to commemorate the destructive rumble of September 19, 1985, when a quake of 8.1 on the Richter scale struck again.

In the earlier disaster, 100,000 homes were destroyed, 5,000 people killed, and five million residents stranded without potable water or electricity, all within minutes.

Then the world’s largest urban area with some 16 million residents, the earthquake brought the city’s many societal contradictions to the fore.

With many millions already living in informal, under-serviced districts on the periphery of the city, it would have been difficult to further marginalize these communities.

But the earthquake closed access to even basic utilities like electricity and water. Combined with the extremely tepid response from the Partido Revolutionario Institucional (PRI), in power at that point for half a century, the stage was set for political change.

Not only did President Miguel de la Madrid wait two days before making a public appearance, he also initially refused international aid. Rather, the PRI would spearhead the recovery—a recovery to be targeted exclusively at PRI’s most loyal supporters.

Rather than expand the umbrella of the party’s potential base through massive relief works, the PRI’s conduct merely highlighted the problems with their rule.

In its stead, local grassroots groups sprung up to aid the now homeless damnificados, building homes and eventually organizing a Unified Coordinator of the Damnificados (CUD), which became a powerful social movement in its own right.

Before long the CUD was winning major concessions from the PRI government; within a month they convinced it to expropriate central areas of downtown Mexico City that had been destroyed. This prevented landlords from using the event as an excuse to evict poorer tenants.

A year later the government was implementing major social housing reconstruction efforts in conjunction with the CUD.

What’s more, audacious politicians, fed up with the PRI’s stale and lumbering approach, were soon defecting to the Democratic Revolutionary Party (PRD), which was greatly bolstered by the support it received from grassroots movements such as these.

By the 1988 elections, the PRD put forth the biggest opposition to the PRI in 60 years; though its comeuppance wasn’t immediate—it wasn’t ousted until 2000—the die had been cast.

Few natural disasters have had as large a political fallout as the one that struck the eastern outskirts of Istanbul in the city of Izmit and its environs in August 1999.

When an 8.9-magnitude earthquake erupted just a ferry ride away from the heart of Istanbul, it brought down much more than hundreds of shabbily-constructed buildings and 17,000 lives; it signaled the beginning of the end of a certain Turkish model of governance.

Greater Istanbul had witnessed three major changes since the early 1980s: a demographic explosion that showed no signs of letting up and which had resulted in the city’s population doubling within two decades; a minor cultural revolution in which education was de-laicized and public expressions of faith (and constructions of new mosques) encouraged; and a get-rich quick blossoming of shoddy construction projects that not only fueled an economic boom, but also housed millions of these same new arrivals to the city.

For one, the state was not only woefully unprepared for the disaster, but responded with too little too late. The “devlet baba” (“daddy state”) than many had been reared to adulate had no disaster-relief agency or civil-defense network.

The response of prime minister Bülent Ecevit, a social democrat and poet with a long history of principled opposition behind him, was lackluster at best.

His administration took a week to respond to the disaster—which had now become a cadaver-recuperation mission rather than search and rescue—and even then spent the bulk of their efforts blaming the press for its coverage, rather than addressing the existential needs yet fulfilled.

As the edifice of the great Turkish boom came crumbling down in less than a minute, the state was nowhere to be seen.

Worse, the army, long the country’s most vaunted institution, sat in its barracks by the thousands barely minutes from the scene.

As various Turkish intellectuals mused at the time, when the history of the Turkish Republic is written centuries hence, it will be divided into two periods: pre- and post-earthquake.

At the time, now-President Erdogan had just been released from prison barely three weeks before. Three years later, his Justice and Development Party (AKP) swept to power on a liberal pledge to clean up the state, stamp out corruption, and sharpen its institutions.

It has been in power ever since.

A general view shows a collapsed hospital after an earthquake in Dujiangyan, Sichuan province May 12, 2008

The devastating quake that hit China’s southwestern Sichuan province, the country’s fourth most populous with some 80 million people, could not have come at a worse time for Beijing.

Barely three months before the 2008 Beijing Olympics, anything less than a meticulous and near-miraculous response to the quake would spell disaster for its international image, not to mention its own internal coherence.

The extent of the damage was vast: the 7.9 Richter-scale earthquake tore through dozens of provincial towns and destroyed whole cities. Around 70,000 were killed and another 17,000 went missing, while five million were rendered homeless.

The disaster is estimated to have cost the country USD190 billion in damages, making it the second-most expensive natural disaster in recent human history.

Particularly hard hit—and this would prove the Achilles heel in all the government’s relief efforts—were local schools, more than 7,000 of which were devastated.

Against this cataclysmic backdrop, the state struck back with a vengeance.

Apart from building huge memorials and leaving the entire city of Beichuan, the most seriously damaged by the quake, as a ruin, memorial, and museum to those who perished, Beijing immediately set about building “new villages” to concentrate rural inhabitants into smaller urban enclaves.

This had the effect of integrating the governance and economic structures of rural economies into larger urban municipalities.

As part of a broader redevelopment scheme, the state shut down rural industrial activity and moved it into industrial parks in larger urban enclaves. In the countryside, it began promoting tourism as a ‘sustainable’ way of taking up the slack.

Altogether, reconstruction efforts in Sichuan province were estimated to equal 20% of Beijing’s annual budget and 100% of the province’s entire GDP for the year 2007.

Granted, many of these had been pre-quake initiatives that the government merely accelerated in the wake of the country’s worst natural disaster since 1950.

More crucially still, it never quite managed to even explain the notoriously shoddy construction of local schools.

Yet overall, Beijing conducted itself with an unprecedented transparency in the aftermath of the disaster, working with local and foreign media and aid agencies (in contrast to previous catastrophes when it refused such assistance) and showing the world it could do much more than organize elaborate fireworks shows.

The Communist Party’s iron grip on power 11 years later is at least partly due to its deft handling of the Sichuan disaster in 2008.

The sweetest joy next to getting justice

In the age of cheap concrete, demographic overreach, and increasingly common natural disasters—none of which show any signs of abating—the opportunity cost of inaction only rises by the day.

If you don’t make the best of a bad situation, someone else surely will. Whether it’s the Sandinistas, PRD, or AKP, it is entirely up to those in power.