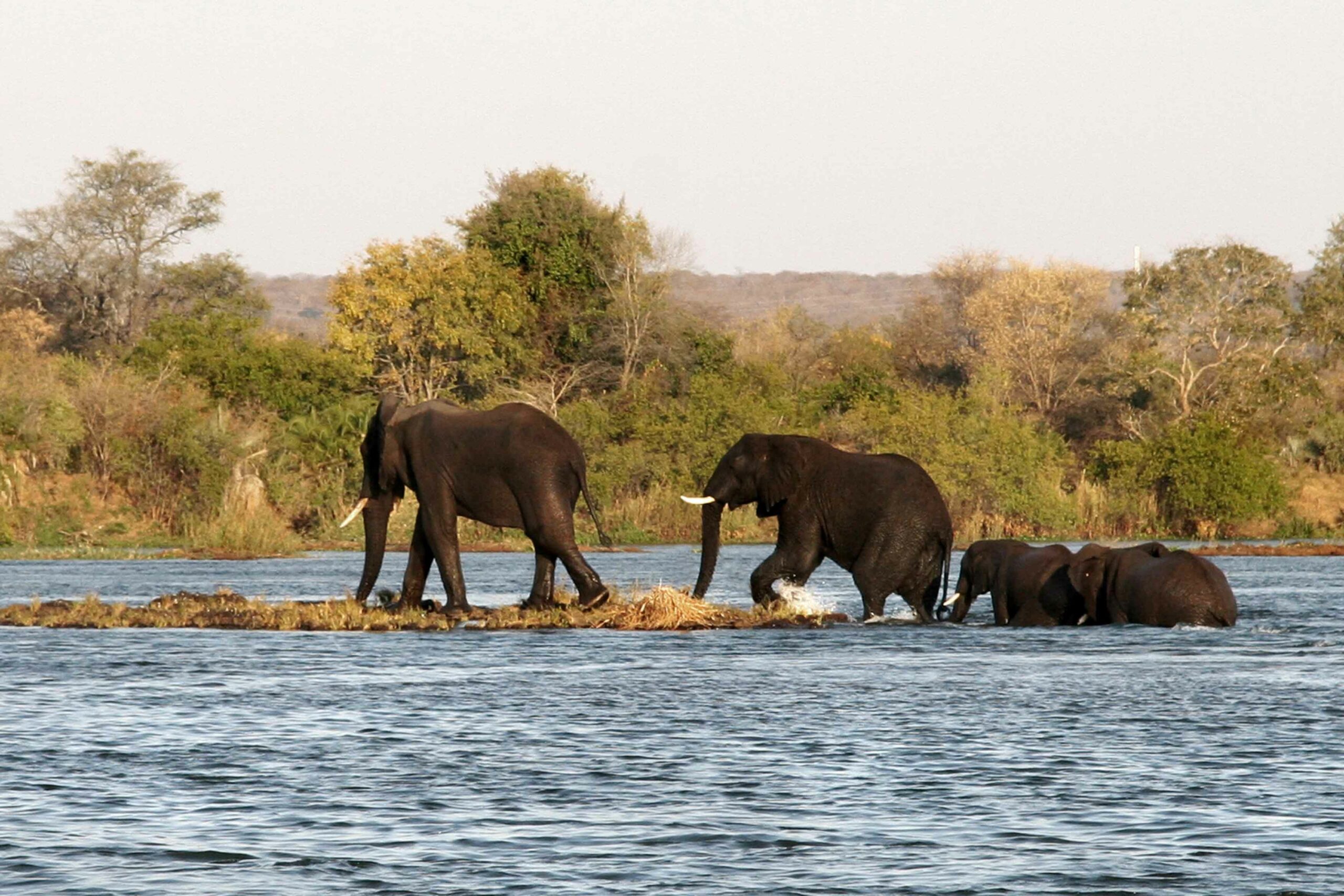 The Smoke That Thunders

Share on:
The Kavango Zambezi Transfrontier Conservation Area (KAZA TFCA) is one of the largest conservation areas in the world, spanning Zambia, Zimbabwe, Namibia, Botswana, and Angola.

This area of more than 520,000sqkm is home to some of the most beautiful natural landscapes in the world, namely Caprivi, Chobe, and Victoria Falls—and no fewer than 36 officially designated national parks, forest and game reserves, and game and wildlife management areas.

Caprivi, also called the Caprivi Strip or Okavango Panhandle, is situated between Botswana to the south and Angola and Zambia to the north bordered by the Zambezi, Kwando, Chobe, and Okavango rivers; in the north-west side of the magnificent Okavango Delta. In the Caprivi area, you can also visit the Tsodilo Hills, a rocky outcrop with mesmerizing cave paintings and walking trails. The area is rich in wildlife, habitat for the critically endangered African wild dog, and plentiful mineral resources. There are three National Parks in the Caprivi Strip, namely Mudumu National Park, Bwabwata National Park and Nkasa Rupara National Park.

The Chobe National Park, in the north of Botswana, is the third-largest park in a country with the largest game reserves in Africa. Besides being Botswana’s first national park it is as well the most biologically diverse and it can be divided up to four areas each of one with a different ecosystem: the Chobe riverfront with lush floodplains for the large breeding herds of elephants, giraffes, sables, buffalos as well as the puku antelope and a rich birdlife; the Savuti Marsh area, more than 10,000sqkm of savannah and rolling grasslands, zebras, warthdos, kudus and impalas; the Linyanti Marsh in the north-west corner of the park with large concentrations of elephants, lions, leopards, antelopes, wild dogs, crocodiles, and hippopotamuses; and the Hinterland, the hot and dry area.

To improve the experience of these tourists, Zambia and Zimbabwe have been piloting a project since November 2014. This initiative called UNIVISA entails a common tourist visa for both countries intended to be rolled out, if successful, to three other countries in the KAZA region, namely Angola, Botswana, and Namibia. Currently this visa costs $50 and it lasts up to 30 days where you can stay in Zambia and Zimbabwe as well as use it for day trips to the Kazungula border in Botswana. Citizens of 40 countries are eligible to buy the visa at the four points where it is available: the airports of Livingston or Lusaka, the Victoria Falls Land Border, or the Kazungula Land Border. This project has been so well received by tourists and hospitality professionals that Zambia is already in the process of signing an MoU with Malawi so that tourists can also come from Zambia to Malawi using just one visa.