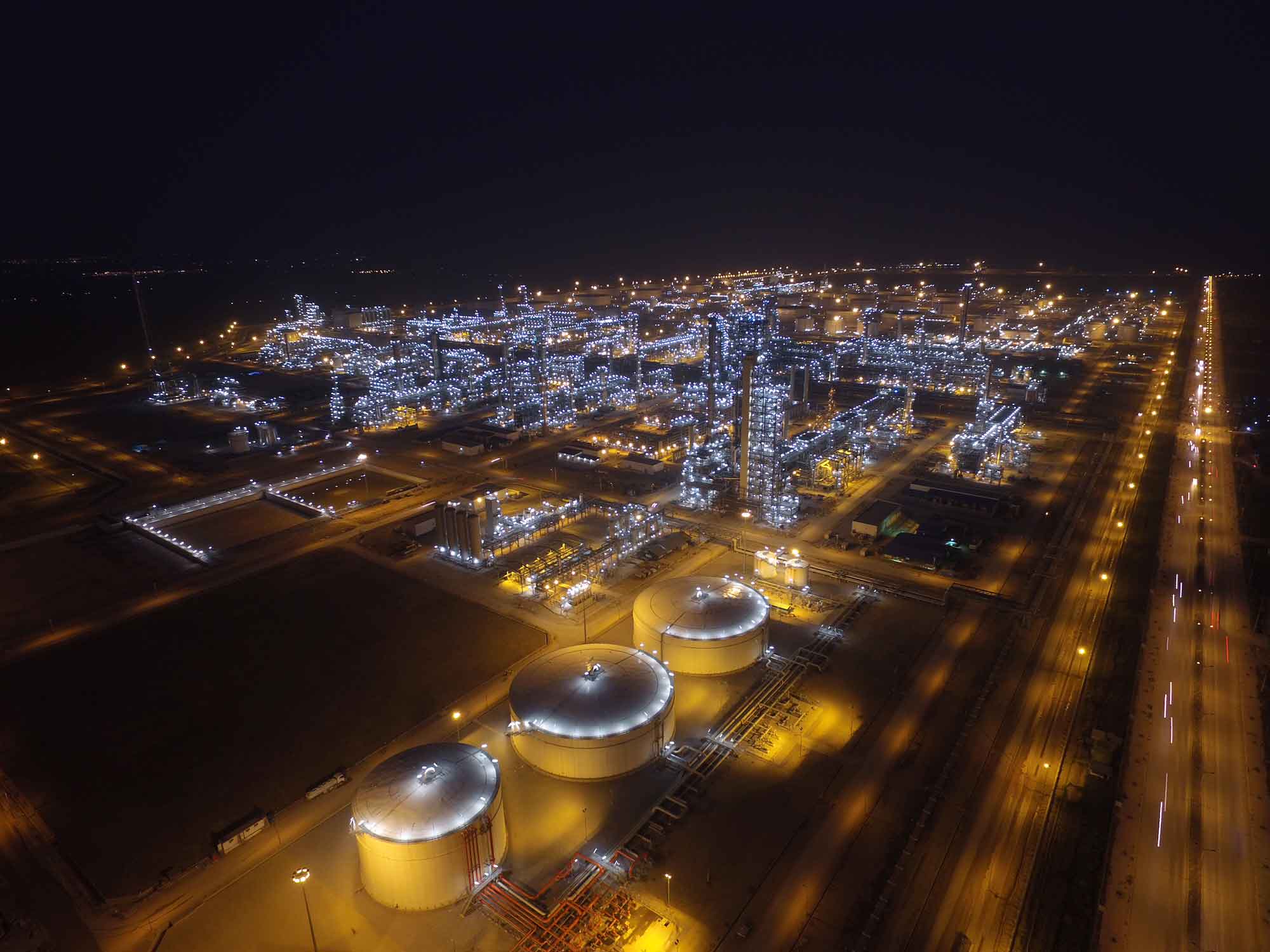 Share on:
The Kuwaiti industrial sector, which comprises 9% of the national GDP, is expected to capture an even larger portion of the economic pie as key players take action to prepare […]

The Kuwaiti industrial sector, which comprises 9% of the national GDP, is expected to capture an even larger portion of the economic pie as key players take action to prepare for another year of lower-than-normal oil and gas revenues. Whether through the expansion of critical business lines or by embarking on a fresh approach, local companies are taking the appropriate steps to ensure that Kuwait’s industrial output increases by 25% in coming years, a goal laid out by Mohammad Al Ajmi, Director General of the Public Authority for Industry (PAI). Increased production will, in turn, play a vital role in boosting export revenues. Recent figures show that organic chemicals were valued at 2.2% of total exports, followed by plastics and plastic products at 1.7%, revealing that there is still much room to grow.

Kuwait’s key petrochemical products include ethylene glycol, which used in polyester fibers, polyethylene terephthalate bottles and packaging, antifreeze and coolants, paints, resins, deicing fluids, heat transfer fluids, and construction materials. According to the Kuwait Direct Investment Promotion Authority, the country’s petrochemicals output is set to increase from 7.6 million tons per year in 2014 to 10.5 million tons per year in 2019

Such growth would support Kuwait as it fends off a budget deficit of roughly USD40 billion going into 2017. With the ambitious Kuwait Development Plan 2015-2020 and over USD100 billion of infrastructure investment spearheading the non-oil sectors along, the industry sector overall could see up to 4% growth in 2017.

Kuwait’s petrochemical giants represent the lion’s share of industrial activity in the country, with EQUATE Petrochemical Company, Hempel Kuwait, and Kuwait Petroleum Company (KPC), as well as its subsidiaries, being some of the forerunners.

EQUATE, Kuwait’s first international joint-venture petrochemicals company, is the source of over 60% of Kuwait’s export value from non-oil sources. Since its inception, the company has influenced the local plastics industry by directly triggering substantial 450% growth. In turn, much of EQUATE’s activity has supported local manufacturers as they seek to launch export operations. Adding to its list of firsts, EQUATE is pioneering in the US market by investing in the development of a world-class ethylene glycol plant with a capacity of 750,000 metric tons annually. The plant’s construction is set for completion in 2019. Now the world’s second-largest producer of ethylene glycol with a 12% market share, EQUATE has its sights set on rising to the number one rank among ethylene glycol producers.

Coming off the heels of a successful year, EQUATE’s main achievement has been the acquisition of MEGlobal as a wholly owned subsidiary, shifting the company from being a local operator in Kuwait to becoming a global player with operations in Canada, Germany, and the US. “EQUATE is the first Kuwaiti company to issue 144A transaction bonds that are tradable in the US. With a value of USD2.25 billion, the bond issuance is considered the largest-ever in Kuwait’s history and it is the Arabian Gulf’s largest bond issuance since 2014,“ Mohammad A. Husain, President & CEO of EQUATE Petrochemical Company, told TBY, adding, “This is following EQUATE securing investment-grade ratings by S&P and Moody’s, two of the largest independent rating agencies.“ The company is also moving into sukuk, with plans to issue its first sukuk in the short term. In 2016, the company finalized a critical de-bottlenecking project, increasing its polyethylene production capacity from 825,000 tons annually to almost 1 million. The joint venture, which is comprised of US-based Dow Chemicals as well as local firms Petrochemical Industries Company, Boubyan Petrochemical Company, and Al Qurain Petrochemical Industries Company, also announced plans to build a 200,000sqm industrial complex in Al Shuaiba.

Meanwhile, Hempel Kuwait is continuing its many years of success in Kuwait by capitalizing on the need for industrial-grade paint and other supplies. Originally founded in response to demand for paint for storage tanks and related products, Hempel Kuwait switched over to supplying architectural protective coatings for a wide variety of buildings. Although the company’s products primarily serve as decorative coatings, its paints also protect against deterioration. “On the group level, we also manufacture other coatings for containers… Hempel Kuwait is also exporting to Saudi Arabia, the UAE, Bahrain, and Qatar, as Kuwait was the only producing hub for them,“ Sukumar Pampala, General Manager of Hempel Kuwait, explained in an interview with TBY. Over the short term, Hempel Kuwait will be commissioning a state-of the-art paint products plant on July 1, 2017. Currently, approximately 80% of the factory is complete, with the remainder in progress.

In October 2016, the Ministry of Commerce and Industry announced that it had approved a request from KPC to establish a new subsidiary, Kuwait Integrated Petrochemical Industries, for a series of refinery and petrochemicals projects. The company is planning to launch with USD6 billion of capital and will be responsible for the execution of several major downstream projects, such as the Al Zour refinery and petrochemicals complexes. The complexes, which are slated for completion in 2019, will boast a combined production capacity of 615,000bpd.

Kuwait’s indsutrial sector thrives largely due to the abundance of tax-friendly industrial zones—regions set aside specifically for the development of the diversification of the economy and the promotion of manufacturing.

The USD528 million Al Naayem Industrial Zone was launched by the PAI in 2015 for companies operating in the area of heavy industries. This recently established zone complements Sabhan Industrial Zone, which recently received investments totaling in excess of USD39 million and uniting to form Block 11.

In 2016, the Kuwait Industries Union (KIU) unveiled its intentions to put 1,056 industrial plots on the market within the USD264 million Al Shadadiyah Industrial Zone, spurring increased activity and development in the area. As of October, the KIU had already approved more than 230 applications for new industrial projects in West Shuaiba, Amghara, and Sabhan. West Shuaiba, for example, is the new home of over 35 industrial investment projects valued at well over USD3 billion. This announcement trails just behind an initiative led by KIU and the Public Authority for Manpower to establish a single-window electronic portal designed to facilitate registrations in industrial zones. By the end of 2016, the KIU had already completed more than 150 transactions under the new system. Simultaneously, new regulations introduced as part of Kuwait’s 2013 FDI law make it easier for local operators and zone authorities to attract foreign tenants. Now, local companies can benefit from up to 100% foreign equity or a branch of an international company to invest in the country.

However, Kuwait’s industrial activity is not restricted to zones within the country itself. The Kuwait-based Integral Plastic Industries is slated to establish a USD272 million plant in Abu Dhabi’s Khalifa Industrial Zone (KIZAD) in 2017. Currently being developed over a 2.16ha plot, the manufacturing plant will produce 15,000 tons of plastic bottles, caps, and packing strip rolls per year. The target date for production at the facility is currently scheduled for 1Q2018. Remarking on the project in an interview with the press, Khaled Al Saleh, CEO of Integral Plastic Industries, explained, “Our decision to invest in KIZAD was a result of its attractive business model which features an integrated infrastructure in a prominent location and easy access to regional markets through Khalifa Port.“

As oil prices remain low, some industry players that have typically relied on oil and gas production have braced for change by seeking profitable alternatives. Investing in capital while prices are low and adding value to the renewable energy sector are two ideas on the table.

Ikarus Petroleum has taken the initiative by purchasing oil tankers at a discount rate, with hopes to resell the capital in a few years’ time when prices increase once again. Prompted by dwindling share value in its investments in Saudi Arabia, where 75% of the company’s equity portfolio is located, Ikarus Petroleum is also turning toward renewable energy as a way to diversify. “A revival of [the oil and gas] industry will occur hopefully in early 2018, so in the meantime Ikarus has to find alternative sources of profitable ventures, which is why we are looking at opportunities in tankers and renewables,“ Nader H. Sultan, Chairman of Ikarus Petroleum Industries, told TBY.

In response to climate trends and price forecasts, Kuwait has set up sector-specific funds that include industrial manufacturing in renewable energy, with the aim of attracting technological innovation to Kuwait itself. EnerTech is Kuwait’s USD50 million renewable energy fund, focused on projects in collaboration with Kinetic Renewable Energy Services, a Dubai-based developer of renewable power plants. If EnerTech discovers any promising technology, the government of Kuwait will step in to help it set up manufacturing and distribution in Kuwait, as well as several other Gulf countries.