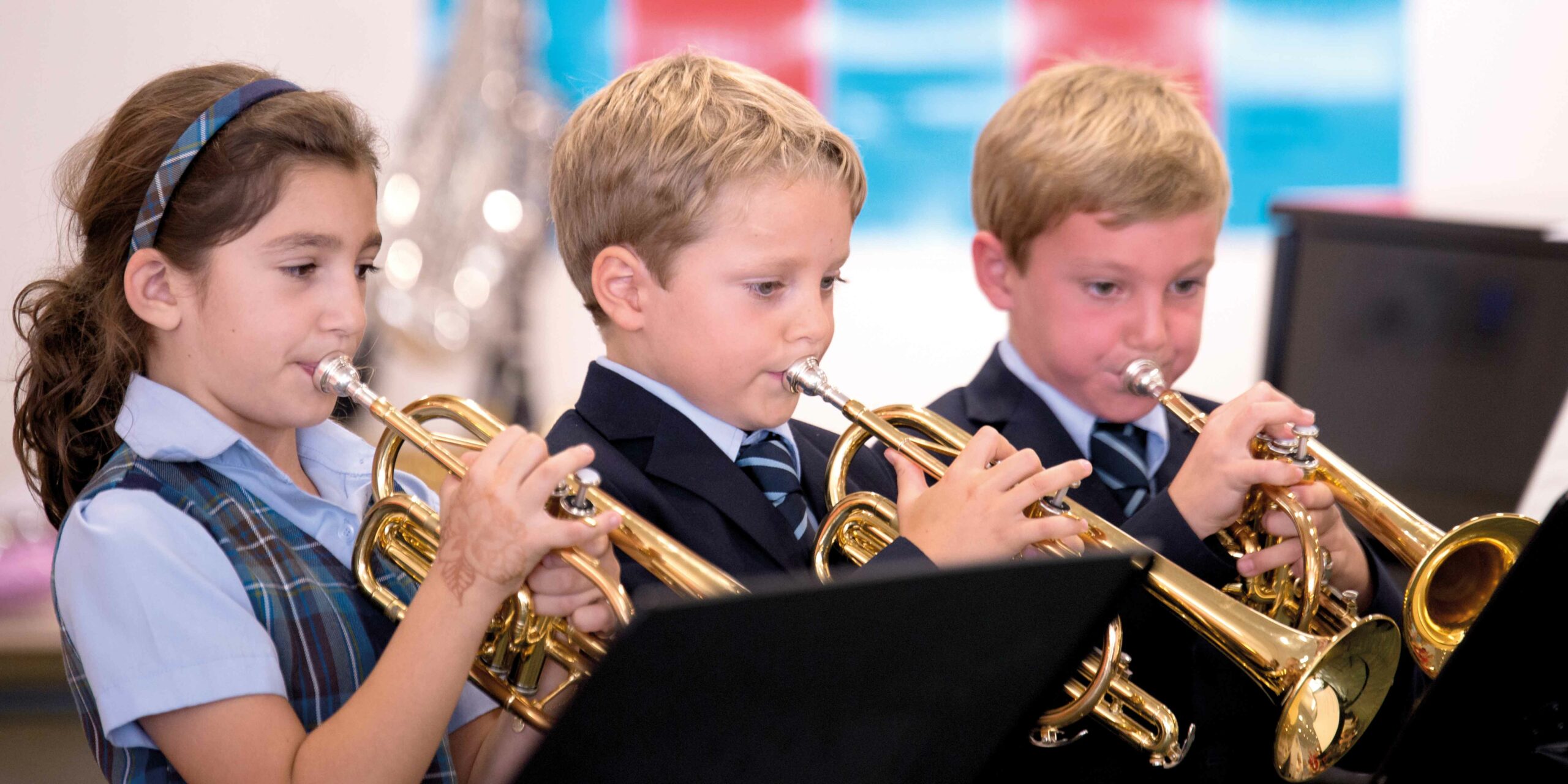 The Abu Dhabi Vision 2030 has laid out a clear pathway to building and sustaining excellence in the education sector.

When talking about the education sector, the phrase that often gets batted around is knowledge economy, and how Abu Dhabi’s government can move toward an economic model where young nationals are contributing to the economy through innovation and enhanced competency in sectors that the Emirate’s government has designated for development. This removes some of the necessity for expatriate knowledge transfer, which has served the economy well so far, but does not advocate a sustainable model for growth.

There are 29 Higher Education Institutes (HEIs) operation in Abu Dhabi, including the three federal schools of the UAE University, Higher Colleges of Technology (HCT), and Zayed University. The bodies that are responsible for developing the next generation operate within the Public

The recently released five-year plan has slightly restructured the priorities for ADEC leading up to, and through, 2020. The overall objective is to provide a promising educated generation that can contribute to and service the Emirate. This will be achieved through five initiatives. The educational output of schools will be lifted and enhanced across all institutes and at all levels. There will be a drive to empower students through improving capacities and skills. Alternative avenues of education will be developed—a continuation of the themes that have been prevalent in the sector through the encouragement of STEM—and the private sector will be invited to lead this push. Students will be provided with skills in order to be competitive in an active labor market, which will address the unemployment issues that currently face the educational policy makers. Support will be delivered for research, while science, technology, and innov

ation will be fostered. This, again, is a continuation, of the drive that has been witnessed over the past few years, which also saw the Year of Innovation in 2015.

There are 184 private schools across the entire Emirate, while the government funds and runs 254 schools, which are solely for Emirati children. The whole sector averages 22.9 students per class, and 14.6 students per teacher. Of the 340,803 students across the Emirate over 200,000 go to school in Abu Dhabi, Al Ain accounts for just short of 120,000, and the remainder are educated in Al Gharbia.

Unemployment has never been too high in the UAE, and sits currently at 3.4% according to Statistics Centre-Abu Dhabi (SCAD). Compared to global figures, it is a very respectful rate, however the figure is distorted by the expat community, members of which have to be employed to be administered a visa. Those between 20 and 24 years old have an unemployment proportion of 27.3%, which is worrying considering the high ratio of young Emiratis. Over half of Emiratis are aged under 24, which gives the nation a huge feedstock for the labor market in the years to come.

The figure softens for the age groups above, but it is still cause for concern for governmental agencies, which are trying to drive skilled Emiratis into employment. In the 25-29 age group, 22.1% of people are unemployed and the 30-34 category registered 17.3% unemployment. This figure may be slightly distorted, as female unemployment is higher, some of which is accounted for by maternity leave, although the gender disparity is still quite high.

The year 2013-14 saw more secondary school leavers progress to higher education—96% of all students. A total of 10,921 graduates left higher education in this same time frame, and just over half were from private universities. A closer look at the statistics reveal that 70% of the graduates from the private entities were Emirati. Total enrollment reached 51,809 students, of which 37,292 were nationals. Of this sum figure, 23,061 were in private institutions, leaving a weightier amount, 27,748 students, spread across the three government HEIs.

In July 2016, the Ministry of Education approved 16,313 Emirati students, who were accepted in to public higher education institutions. Higher Colleges of Technology accounted for the largest intake, with 8,373 students, while Abu Dhabi Vocational Education Training Institute (ADVETI), took around 10% of the Emirate’s latest recruits, with 1,623.

In many developed economies, vocational education often provides a foil to academia, allowing those who might be less academically inclined to continue into higher education. In Abu Dhabi it has been utilized as an avenue to skill Emiratis with tangible, transferable skills that can be applied in sectors that have been earmarked for growth. This will be achieved through the development of technical colleges and the creation of PPPs, which will also start developing those sought-after connections from educational institutes to the employers.

This aspect of the education sector has been developed by ADEC to combat some of the issues with Emirati unemployment, although it will take a few further years to see the impact on those figures. Vocational training was not mentioned in the educational strand of the 2030 Vision, and is something that has been targeted more recently for development, as highlighted by the alternative streams initiative in the five-year plan.
Educational institutes have been reaching out to the private sector with the aim of training students in skills that will create a more employable, skillful workforce. Large public entities have taken it on as their responsibility to develop scholarship and outreach programs in the education sector. Likewise, the private sector is working to ensure that the burden of Emiratization and skilling the young demographic does not over-inflate the public sector, at a point when the government is already moving to develop the private sector’s presence in the Emirate. Emiratization essentially starts with education, and going beyond creating an enlarged administration department to satisfy quotas. The aim is to develop the young work force into productive individuals who can take on high-level technical and managerial roles.

Over the 2015/16 academic year these institutes implemented new programs in satellite and nuclear technology, while PI began developing a research center to gauge enhanced oil recovery (EOR). Emirates Nuclear Energy Company (ENEC) has been utilizing a graduate scheme that accepts around 250 students per annum and provides them with training in partnership with the Korean Energy Power Company (KEPCO), the leading overseas company working on the Barakah nuclear power plant. HCT has numerous collaborations with companies throughout the Emirate, including one of the largest employers; Etihad Airline. This is a relationship that works twofold, providing skills that make the student more employable, while simultaneously developing a link between the education sector and the labor market.

In the classroom this transformation has been driven through the promotion of STEM education, which has lately evolved into STEAM, or science, technology, engineering, arts and math. In 2015, ADEC enforced a unification of the curricula, incorporating 55% of subjects studied related to STEAM for grades 11 and above. It is now mandatory for children to study math and physics, but then have a choice between elective modules, which will make up the rest of their STEAM education. The move was taken to equip students with the correct skills to enter higher education and will be phased in over the coming four years. The changes look set to drive the economy forward in the years ahead, equipping the idealists and inventors, the entrepreneurs, and the engineers for years to come.

The knowledge-based economy pillar is set to add to the sustainability that the nation so fervently craves, ensuring that the economy is not reliant upon migrant workers fueling key industries. Immigration currently stands at around 85%, and the goal is that Emiratis will actively contribute to the country’s infrastructure on every level, not just within the boardroom. The goal itself is subjective and TBY’s interpretation is that its success is measured threefold: on Emiratization, a pragmatic education system, and innovation. This will be achieved by transferring knowledge from higher education to the workplace and explains the development of technical institutions. Pragmatism is salient because the young Emirati demographic must be educated in the sectors that the nation is moving with. Oil and gas will remain an important sector for the country, while finance, real estate and construction, aerospace, renewables, and satellite technologies will all require human capital. It is vital in the UAE to keep young workers within the country and to ensure that education mirrors the orientation of the economy.The Petroleum Institute, funded through ADNOC and its IOC partners, will continue to be a feeder for the oil and gas sector and this will be enhanced through its $88 million new research center, which will have an annual operating budget of $33 million and include facilities to test EOR at the nano level.Khalifa University, which focuses on engineering and technology, has an MoU with Emirates Steel for it to take a quota of students over the next five years to create an R&D department, enhancing a sector leader and stalwart within the economy. Masdar Institute will maintain its strict focus on renewable energy as the UAE looks to achieve its goal of 7% renewable power generation by 2021. These institutions themselves have their own levels of Emiratization, which average between 30 and 50%.After the year of innovation it was Borouge driving this initiative, having filed 200 patents since inception, accounting for 30% of the total number of patents from UAE applicants. Overall, 750 are expected to come out of the innovation center over the next five years, contributing to 25% of the company’s sales. This is precisely what the knowledge-based economy should lead to with ingenuity coming from national companies that can directly contribute to sales and boost GDP.