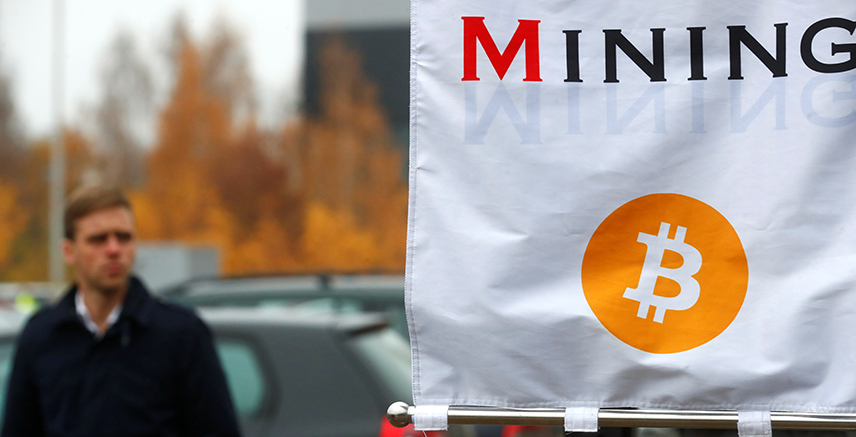 Share on:
The leading cryptocurrency in the market is showing no signs of slowing down despite multiple near crashes.

Bitcoin’s value just broke through the USD10,000 psychological barrier and nothing seems to be able to stand in its way. A few months ago, that figure was an optimistic estimate for the closing of December 2018, but now nobody is predicting anything anymore.

It’s been a hectic few months for Bitcoin and the rest of the cryptocurrencies. Bitcoin has climbed in value by over 1,000% this year since January.

A lot of money has been made, as well as a lot of threats, debate, and political posturing, but against all odds, the currency continues its ascent.

Here at TBY we’re taking a look back over some of the biggest threats Bitcoin has faced over the past year, times when it looked like it would crash and burn but then didn’t.

After years lurking in the shadows, known only to programmers, hackers and the like, the currency started to gain some media attention in 2013. From a slow but steady climb from its humble beginnings from cents of a dollar to parity and on to USD10, USD20, and then USD40, by February 2013 a surge of interest saw the coin spike to over USD230 per unit in mid-April.

The sudden rush of investment created a bubble, and those that had entered at a low price cashed out.

In a matter of days, it crashed back to between USD50-60, before correcting up to the low-hundreds for the better part of the year.

At the time, many dismissed the currency as a simple speculative instrument, while others were convinced that it was already too expensive and overpriced.

By the end of the year another abrupt rush: Bitcoin broke USD1,000 dollars in November but quickly crashed again. However, after each crash the bottom was higher. In early 2014, the coin was back up to USD800 dollars, and with more and more people adhering to the movement and new exchanges making it easier for individual investors to move in, it continued to grow.

And then Mt. Gox happened. When the world’s biggest exchange at the time was hacked, 850,000 bitcoin was stolen. At today’s prices, this would be worth USD8.5 billion.

This was surely among history’s biggest thefts.

The effect on the cryptocurrency’s reputation was devastating. Security concerns pushed many investors away. Bitcoin’s activity went almost flat at around USD200 dollars all the way through 2015, slowly climbing to USD400 through 2016.

It wouldn’t be until 2017 that the coin would hit USD1,000 again, in January. As media attention gathered around the coin once again, the floodgates opened and money poured in in waves. By May, it broke USD2,000. Most analysts expected a crash; Wall Street wolves dismissed it as another Ponzi scheme, and it continued to climb.

In July, a long-debated fork started to materialize, and in early August, Bitcoin Cash successfully forked from the main Bitcoin blockchain. Everyone expected the value of the currency to dilute. It didn’t.
After a small correction Bitcoin continued its relentless climb. By late August Bitcoin peaked at around USD4,700 before the first strong governmental push against cryptocurrencies took place.

China, home to many of the world’s Bitcoin miners and to a high number of initial coin offerings (ICOs) in 2017, banned any new ICOs and threatened the closing of all exchanges in the country. The decision sent shock across the crypto-world.

Bitcoin crashed by over 30% in two weeks, sparking fears that central banks and governments alike would put an end to what was understood to be the true democratization of money.

And then, nothing happened. Exchanges kept trading, ICOs outside China kept attracting investment. Investors understood that one country’s decision, even China’s, could not control what was taking place across the world.

Cryptos were becoming popular everywhere. Even in Africa, people were finding solace in Bitcoin to try to escape exploding inflationary pressures in their own economies.

The world is now witnessing Bitcoin breaking the USD10,000 mark, but in Zimbabwe that record was broken months ago, as people chose Bitcoin as a more stable and trustworthy value retaining currency than the local dollars.

The ICO ban changed the understanding of Bitcoin’s fragilities; the coin bounced back, and then kept rising.

Bitcoin Gold’s fork in late-October created minimal disturbances in the market. The core-coin continued to climb, not to the detriment of the rest of the crypto-world, but with it. Bitcoin Cash just quadrupled in price in the last couple of weeks.

Last week, when Tether, a cryptocurrency pegged to the dollar and used by many exchanges to store value, announced it was attacked and that USD30 million had been stolen, Bitcoin’s value took a hit. But again, it seemed more a pause to take a breath before another upward climb.

Now, the poster child of the crypto-world just broke another psychological barrier. The question is where will it stop. All the projections have so far been wrong, and Bitcoin’s price has climbed much faster than anyone predicted. It is understood that this latest rally is backed by the entry of millions of dollars from hedge funds coming into the market, meaning Wall Street is finally getting in on the action.

Ironically though, it is widely believed that Bitcoin is unsustainable. It consumes an enormous amount of power to confirm transactions, more power per year than the Republic of Ireland. Processing transactions is hundreds of times slower than VISA’s current system.

Dozens of cryptocurencies have systems that are cheaper, faster, more efficient, and scalable, and yet, Bitcoin remains king.

It will certainly not hold that position forever, but for the time being, at a market capitalization of over USD160 billion, bigger than the GDP of certain middle-sized nations, Bitcoin is here to stay.

No longer a toy for hackers and developers, it is the face of a future that might come sooner than we think. Like Napster and MySpace, Yahoo or Altavista, Bitcoin represents the beginning of yet another fundamental change in how technology affects our understanding of the world.