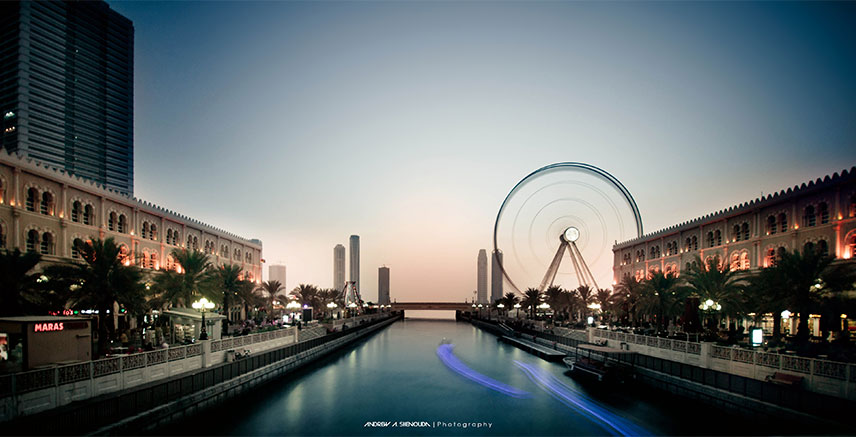 Share on:
Sharjah's free zones continue to lead the way forward, kindling activity across a broad swath of industries and sectors.

As the third-largest Emirate in the UAE, Sharjah is a central piece of the UAE’s economic health. Boasting 18 distinct industrial zones, Sharjah accounts for nearly one-third of the UAE’s manufacturing sector, which alone accounts for almost 19% of GDP. Sharjah is considered the cultural capital of the UAE, and as such attracts a host of visitors from across the Emirates and around the globe. Despite a global slump in oil prices, the Emirate of Sharjah continues to be one of the most dynamic and robust economies in the region. Large infrastructure projects across the Emirates are expected to provide Sharjah with continued growth potential. After new census population data was released in 2016, nominal GDP per capita is expected to be in the area of USD19,000 and GDP growth between 2016 and 2018 is also expected to average 2.8%, a downward revision from the 3.5% rate forecast in November 2015. In 2016, the IMF expects GDP growth of 2.4% for the UAE as a whole.

According to the most recent data from the UAE, the GDP of the entire UAE is nearly AED1.15 trillion. Crude oil and natural gas extraction accounted for 34.3% of GDP; wholesale and retail trade activities and repair services accounted for 11.3%; real estate accounted for 10.3%; business services for 10.3%; construction activities for nearly 9%; and manufacturing actives for almost 9%.

Sharjah’s stability in the face of economic headwinds owes a great deal to prudent economic planning and diversification. With one of the most diversified economies in the region, Sharjah has been able to rely on non-petroleum industries. According to the ratings agency Standard and Poor’s Global Ratings, the real estate and business services sector constitutes 22% of Sharjah’s GDP, while manufacturing is 17%, wholesale and retail trade is 12%, and mining, quarrying, and energy is 12%.

Though Sharjah’s economy has little direct reliance on hydrocarbons, much of its economy is reliant on regional partners whose fortunes are heavily exposed to price fluctuations in the hydrocarbons market. This indirect association has had, and will likely continue to have, some negative effect on Sharjah’s economy, according to Standard & Poor’s. However, large infrastructure projects in Dubai and Abu Dhabi, particularly those initiated in preparation for Expo 2020, are expected to bring significant growth to the emirates, particularly Sharjah, which has a strong construction sector. According to The National, BMI Research expects construction for the Expo to stimulate growth of more than 6% in the construction sector alone. In an exclusive interview with TBY, HE Sheikh Mohammed Bin Faisal Al Qassimi, Chairman of the holding company MANAFA LLC, discussed the impact Expo 2020 and other international events are expected to have on Sharjah’s economy. “Expo 2020 will definitely add value to Sharjah and likewise the World Cup in Qatar will have a spillover effect here as well,” said Al Qassimi. “Sharjah will benefit from in-bound tourism, the service sectors will flourish, the retail sector will improve, and even the real estate sector will grow.”

Taking up the slack

In response to economic difficulties, the government of Sharjah has initiated certain expansionary fiscal policy measures. The 2016 budget will include a 2% spending increase, bringing overall expenditures to roughly AED20.3 billion (USD5.5 billion). The 2016 budget will again allocate 46% of expenditures toward economic development programs aimed at spurring sustainable growth. The remainder of the budget is allocated toward government salaries and wages (26%), education and culture (10%), and government administration (13%). Spending on government administration will increase 3% in 2016, creating an additional 2,500 government jobs.

As a proportion of total spending, the government raised capital expenditures by 6% in 2015, raising the total percentage from 19% to 25%. Additionally, the government refrained from enacting a handful of revenue generation measures in 2015, including a higher real estate registration fee and certain land sales. Once these measures are fully implemented, 2016 revenue is expected to be substantially larger—nearly 39% greater than in 2015. Standard and Poor’s expects fiscal deficits to reach 14% of GDP by the end of 2016, a 7% increase since 2013.

Each of Sharjah’s three free-trade zones—the Sharjah Airport International Free Zone (SAIF Zone), the Hamriyah Free Zone (HFZ), and the Sharjah Media City—are expected to stimulate robust levels of economic activity in the area. Each of the free zones offers a variety of investment incentives, including pre-built infrastructure, long-term and guaranteed leases, 100% foreign ownership, 100% repatriation of capital and profits, zero personal and corporate taxes, and no import duties. The SAIF Zone’s 6.1 million sqm of space hosts 6,800 firms from 157 nations. The HFZ covers more than 12 sqkm of commercial and industrial space, has 80km of internal roads, access to three sea ports, and the Sharjah International Airport. Nearly 6,100 firms from 157 nations operate in the HFZ’s seven distinct zones.

Furthermore, despite regional uncertainty the free zones are likely to keep Sharjah’s economy from bearing the full brunt of an uncertain market. In a recent interview with GulfNews, Dr. Mohammad Al Zarooni, Chairman of The World Free Zone Organization, discussed the resistance of free zones to bumpy international markets. “While free zones can’t stay completely insulated from global growth dynamics, they are less insecure in the sense that a slowdown or stagnation isn’t likely to impact free zones as severely given that they are often special enclaves that generally enjoy governments’ policy and fiscal support,” said Al Zarooni.

Sharjah’s proximity to Dubai and Abu Dhabi and its affordability has traditionally meant that it is a popular Emirate for commuters. However, falling rents in Dubai and Abu Dhabi have been enticing renters away from Sharjah. Despite this, certain developments continue to be key drivers of economic growth in the emirate. Tilal City, a partnership between the government of Sharjah and Iskan Real Estate Development, is a project that has continued to keep buyers excited. The development is spread across 25 million sqft and five separate zones that host residential, commercial, and communal space. Raising more than AED 2.4 billion and attracting investors from over 25 countries, Tilal City is the new face of living in Sharjah. Another prime development is the Sharjah Waterfront City, an AED20 billion project that will include 200 mixed-use towers, 95 apartment buildings, hotels, and 1,100 villas. According to the Sharjah Investment and Development Authority, the city will stretch across 10 islands and consist of more than 60 million sqft and 36km of waterfront.

Sharjah has been in the midst of a major tourism push. As outlined in Sharjah’s recently unveiled Tourism Vision 2021, the Emirate hopes to attract over 10 million tourists by 2021. In an effort to ensure that the necessary infrastructure to accommodate this hoped-for influx is in place, tourism-related construction projects have been pushed into high gear; Sharjah now has over 10,000 hotel rooms and there are plans for an additional 4,000 more to be developed in the coming years. Dividends have already been seen, and according to Shurooq, hotel revenues were up nearly 7% in the first half of 2016. As the industry continues to come into its own, new projects are expected to continue springing up, adding opportunity and flavor to the 100 hotels and hotel apartments currently operating in the emirate.

Though there have been some challenges in recent years, Sharjah’s economy remains one of the most robust in the region. It will likely continue on its trajectory toward expanded and diversified activity, leading the way for both the UAE and the region.