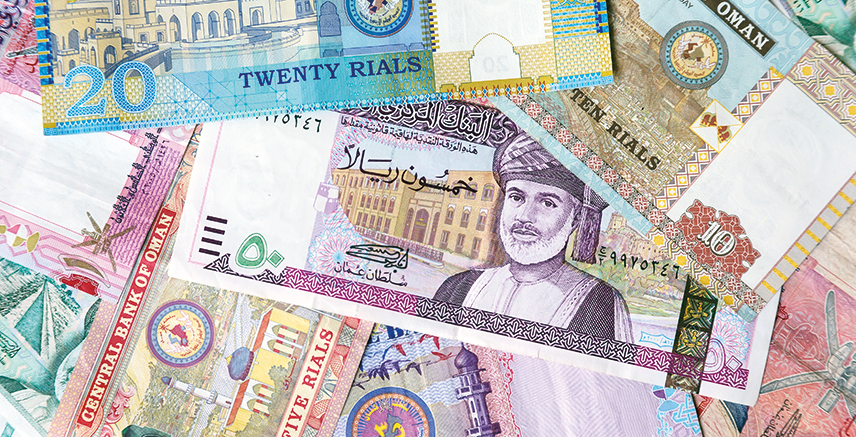 Share on:
Oman's banks have fared rather well overall, despite regional and broader obstacles that would curb performance.

The Omani banking sector continues to advance on innovation in step with the rest of the world. Reacting to more localized conditions, the Central Bank of Oman (CBO), the sector regulator, ensures that the activities of the constituent banks reflect the Oman 2020 Vision. Meanwhile, the Sultanate’s sharia-compliant window has never been more open for business.

A dilemma that the Omani banking sector shares with other GCC members is the endemic risk of concentration in credit portfolios. The risk, identified in an IMF report, comes from the fact that despite efforts at diversifying the economy, even non-oil sectors are clearly impacted by the currently depressed price of Brent. Moreover, the banking sector has also been heavily dependent on state investment projects, likely to take a hit by 2016, again, due to the fate of oil, making it all the more important to curbing banks’ ability to diversify their credit portfolio. In 2014, for example, individual loans accounted for just 40% of the overall credit mix of the banking system. When questioned on this issue in a TBY interview, Lloyd Maddock, CEO of Ahli Bank explained: “The biggest challenge is liquidity in the bank and the market. In the GCC, governments tend to be the biggest depositors, borrowers, and owners, so banking is heavily linked to the government. My concern is replacing withdraw of liquidity if necessary, and what this means for lending rights.” Yet his prognosis is more pragmatic than negative, as “there is no indication that withdrawals will occur, but it is important for banks to diversify their deposits and to have standby lines of credit for foreign banks.” Additionally, the five biggest borrower groups made up around 7% of the banks’ total credit portfolios. Oman’s banks are by and large well capitalized enough to mitigate potential decline in deposits.

The CBO confirms that for 2014 local loan assets were of high quality, although non-performing loans rose fractionally by 0.14% of gross loans, raising the total stock of non-performing loans (NPLs) to 1.9% of gross loans for the year. Encouragingly, official data indicates that the net NPL ratio was static for the year at 0.5%, with adequate provisions against forecast on a coverage ratio of provisions to NPLs of 72%. That said, the ratio of restructured loans to gross loans climbed to 1.64% last year from 1.25% in 2013. Additionally, Oman’s banks recovered just 14% of identified NPLs, which was outgunned by new NPLs. The sector is also concentrated across another metric, namely by number of players, where despite the participation of foreign banks in Oman, the six listed conventional banks—with a credit base of $39.48 billion and deposits of $41.03 billion as of mid-2014—accounted for around 88% and 96% of all commercial banks’ credit and deposit, respectively.
Andrew Long, CEO of HSBC Bank Oman S.A.O.G, explained how much of 2014 went to replacing assets sold off during the previous year’s portfolio rebalancing. Regarding another key target of Vision 2020, “HSBC is already 92% Omanized and at the mid- and junior- levels, we are 100% Omanized,” Long added.
Meanwhile though, Bank Muscat is the clear market leader with net loans and advances for 1H2015 of $16.62 billion, up 4.6% YoY. For 1H2015, Oman’s flagship financial entity saw net profit of $233.27 million, up from $224.26 million YoY, on a 4% rise. Net interest income from conventional banking printed at $299.83 million, up 2.9% YoY from $291.18 million. Bank Muscat boasts the most extensive nationwide network of 140 branches, ATMs and CDMs and also operates mobile and online banking.

Economic diversification is meant to be underpinned by the development of SMEs in productive sectors beyond oil. Yet official data for 2014 shows that while corporate and household lending was healthy, SME lending was muted. This has not gone unnoticed though, and in a TBY interview, Executive President of the CBO, HE Hamood Sangour Al Zadjali, confirmed that, “The government and the CBO have brought the development of the SME sector to the forefront, with several policy initiatives having been taken, including formal targets for credit delivery to this sector.” Moreover, the CBO has “…advised banks to formulate a liberal lending policy for the SME segment and mandated that they should allocate at least 5% of their total credit to SMEs, with this target to be achieved at the latest by December 2015.” A recent CBO study yielded valuable insight into the precise nature of Oman’s SMEs and the financial challenges they face within the banking system. Accordingly, while 75% of Oman’s SME owners in Oman are over 30 years old, 70% of those surveyed had seen no relevant training on SME operation or management. Meanwhile, 86% of commercial banks preferred to lend to individually-owned SMEs, then non-family partnerships at 71%, and finally family-owned businesses at 57%. Established SMEs, with 86% popularity, were the banks’ preferred recipient of financing, followed by more risk-bearing start-ups at 43%. Bank Muscat caters to the SME segment through its Al Wathbah SME department’s tailor-made solutions. Smaller businesses have also welcomed the bank’s SME-oriented non-collateral financing facility that makes its own contribution to diversified economic growth.

The “I” word in banking takes many forms, exemplified by HSBC’s pioneering of an Arabic app for smartphones. It also involves being seen to meet advanced economy performance criteria. Acting CEO of Bank Dhofar Abdul Hakeem Omar Al Ojaili was keen, then, to explain the bank’s status of being the first bank in Oman to issue a Basel 3 compliant bond. “We were oversubscribed, and were considered a leading financial institution. People are learning more about Oman, and we are able to bridge the information requirement with financial investors. It has been highly appreciated by them and, accordingly, the results were very positive.”

Oman may have been the last GCC member to adopt Islamic banking—licenses were issued once the CBO in December 2002 had issued a comprehensive Islamic Banking Regulatory Framework (IBRF)—but it has certainly made up for lost time. The inaugural meeting of Oman’s High Sharia Supervisory Authority was held on March 16th, 2015 at the CBO. And cementing its commitment to the segment, the philosophy of which is based on the principles of mutual risk and profit sharing between parties, the CBO in 1H2015 inaugurated a dedicated Islamic banking department to better build expertise and centralize regulation and issuance. Fitch Ratings labeled the move positive for the sector in enabling timely detection of risk and fostering growth. Islamic banking in Oman has also fostered greater financial inclusion as well as a general deepening of the financial services available.

Two Islamic banks—Bank Nizwa and Alizz Islamic Bank—along with six conventional banks with sharia windows cater nationwide to those favoring sharia-compliant finance. Oman’s Islamic banking sector had extended financing of $2.6 billion as of end-2014, compared to $1.12 billion just a year before. All told, Islamic banks and windows at conventional institutions managed to reduce their combined net losses to $11.43 million in 2014, from an $36 million net loss a year earlier. These entities saw strong growth for 1H2015 as the word spread among the banked population. The combined assets of this sector had skyrocketed 64% to $4.75 billion as of June 30, 2015 from $2.88 billion a year earlier, according to CBO data. While neighboring markets have sharia-banking presence of 20-30% of the total industry, the above performance encouragingly took Islamic banking to around 6.3% of overall banking assets in Oman currently, from 5.3% in 2014 and 3.6% in 2013. Oman’s Islamic banks and window operations have shown a robust growth of 78% in financing at $3.64 billion for July 2015, from just $2.04 billion in the same period last year. Total customer deposits at Islamic banks rose 240.8% to $3.12 billion by end-2015, from $917 million a year earlier.

As further evidence of the sheer weight of the Islamic segment, Bank Muscat and Standard Chartered managed the sultanate’s pioneering sovereign Islamic bond in October 2015. Subscription to the five-year notes was announced as running from October 8 to 22, where size and profit rate were to be established following the book-building process, according to the Ministry of Finance. On October 5, Moody’s Investors Service assigned a provisional (P)A1 rating to the Islamic bond, to be removed subsequent to the closing of the issuance and a positive review of its final terms. Moody’s is satisfied that Oman’s real GDP growth will likely remain positive, while foreseeing a slowdown to an average 2-3% per year until 2019, notably less than the average 4.9% between 2005 and 2014. Oman’s sovereign sukuk debut features a tenor of five years and will mature in 2020. Interested investors capable of a minimum investment of $1.29 million were invited to subscribe to the issuance.

Oman’s stable fundamentals and economic policy geared to diversify from oil merits a positive outlook for the banks, just so long as they retain focus on credit diversification.