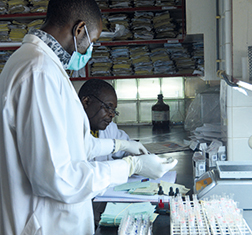 Time for a check-up

Mozambique’s healthcare budget rose to $561.5 million in 2015, an increase of 1.1% on expenditure in 2014, accounting for 10.2% of the total state budget. Total healthcare expenditure in 2014 was $477.5 million, or 9.1%. The Ministry for Health oversees the sector and is responsible for setting the budget each year. These spending decisions are heavily influenced by the National Institute of Health (NIH), established in 1991 as a part of the Ministry of Health. Reporting to Nazira Abdula, Minister of Health since 2015 and former Deputy Minister, the NIH undertakes research and provides scientific and technical analysis and data that inform the Ministry’s decisions on development and spending. NIH forms a link between government ministers and their advisors, and the medical profession itself, from doctors and surgeons to pharmacists. Increasingly, the country looks to foreign partners to finance its health facilities, enabling more Mozambicans to be treated in their home country. Still, access to healthcare remains low—in spite of huge strides in recent years—and only 60% of the population has even basic access to healthcare services.

The Overseas Development Institute (ODI) analyzes the country’s healthcare system regularly, and their latest report underscores how important sufficient funding and education are, and the correlation between poverty and mortality rates. These findings emphasized primary health care (especially concerning maternal and child health), immunization and communicable disease control, the rehabilitation of infrastructure and the quality of care, improved training of medical staff, and strengthening logistical and administrative management. The World Bank and USAID are working to varying degrees to address some of the ODI’s findings.

The country is home to 22.8 million people, and the birth rate is 38.8 per 1,000. Infant mortality is high, and average for Sub-Saharan African countries, almost 1 in 10, or 92 per 1,000 births (although this rate has halved since 2007 and continues to improve ahead of the Sub-Saharan African country average). Partly as a consequence, the fertility rate is also high, at 5.23 live births per woman (neighboring Zambia is 5.73 and Tanzania is 5.34). Life expectancy for men is 53 years; for women, 55, with only 5% of the population aged over 60. The population is as a result disproportionately young: 45% are aged 15 or younger. Beyond infancy, the main causes of death in the country are malaria, HIV/AIDS, diarrhea and water-borne diseases, and pneumonia. Only around 47% of the population has access to clean mains water, although this is gradually improving by a rate of around 1% per year. Still, 54% of Mozambicans live at or below the poverty line, and 69% (17.5 million) live in rural areas.

As in so many areas, Mozambique fosters strong overseas links in developing healthcare projects, and several new—and much-needed—hospitals are coming into being thanks to foreign partnerships. This is also reflective of the massive challenges faced in financing these often highly expensive ventures. But with specialized foreign investors, the challenge is in many ways being met in Mozambique.

In 2014, the government announced the building of two new hospitals at a total cost of $30 million. The announcement saw the signing of an MoU between the governments of Mozambique, France, and the Netherlands to cooperate on the project’s development. A new 240-bed hospital in Beira, funded by a soft loan from the French Development Agency, will take significant strain off the existing Beira Central Hospital. The new hospital will be built with funds of $15.2 million.

In 2015, plans for a major new private hospital were announced. The first such private hospital, the Maputo Private Hospital (MPH), opened in 2012 with 150 beds and is owned by Lenmed Health, a South African private hospital group. The company and private donors funded the project with a $35 million investment. The new private hospital is being developed by a German group, Deutsche Investitions und Entwicklungsgesellschaft (DEG). These two projects set an exciting new precedent for healthcare in Mozambique where, unlike in many African countries, private ventures such as these have been few and far between. The arrival of the new DEG hospital will, it is hoped, mean that more patients in need of specialist treatment can be treated in Mozambique rather than having to travel to South Africa.

Mozambique remains a highly rural country, with 69% of the population living outside towns and cities. Recognizing the need to increase the healthcare sector’s coverage, especially across rural areas, the government, working with USAID and the World Bank, has opened a series of small medical centers across the country. Medical services are currently only within reach of 60% of the population, and there is a close correlation between exclusion from healthcare facilities and living in the countryside.

A network of rural health centers has begun with 70 units, and it is planned that this will increase to 150 by 2018. The program faces a myriad of challenges. The burden of the heavy workload on medical staff is high, and doctors stationed in rural centers are frequently overwhelmed. Second, there is a lack of power—the centers are often not located on the national grid and must supply their own electricity via generators. Some new centers are considering solar panels to help supply their power needs.