Fintech, with its wide applications in insurance, banking, and the stock market, seems to be all the rage these days, and with good reason. Fintech methods are increasingly employed in both mundane, everyday areas such as e-banking, and more futuristic realms such as AI-assisted investment. Fintech may be more associated with start-ups and fancy apps; however, from London to Amman, fintech has become the focus of many national banks and governments as well.

In a sense, the advent of technological solutions for the finance industry is not unlike the arrival of autopilot in the aviation sector, which despite not making human pilots dispensable, has made flying an airplane an easier task. Thanks to technological solutions, financiers now have the liberty of shifting their focus to the big picture, instead of worrying about mundane technicalities.

Often described as a disruptive innovation, emerging financial technologies such as blockchains, cryptocurrencies, and AI-powered stock-trading apps are changing the financial ecosystem every day, ushering in a new era of monetary transactions.
Furthermore, the difference between old-school finance and fintech is not simply a quantitative one manifested in faster operations and lower operation costs; offshoots of the fintech revolution such as crowdfunding and P2P banking are game-changers that can redefine the very concepts of banking and finance.

Those who take the arrival of fintech lightly may need to pay a large price in the coming years, and this has not escaped the attention of financial institutions in the Middle East. Banks such as Emirates NBD and Mashreq Bank in the UAE and Riyad Bank in Saudi Arabia have been among the first to embrace fintech and adjust their operations and services accordingly.
Known to have one of the most suitable environments for technology-related initiatives in the Middle East, Jordan is not lagging behind either. Admittedly, the country’s finance sector is far from well developed, but this may turn out to be a blessing in disguise. In the absence of many long-established financial institutions resisting change, the Kingdom may be able to build a digitalized finance sector right from the start, especially as the internet penetration rate in Jordan is well over 87%.

In 2014, Jordan’s nationwide mobile payment switching system, JoMoPay, came into service, enabling all citizens to carry out financial transactions using their mobile phones. The Central Bank of Jordan, which, according to Governor Ziad Fariz, “has the leading role in fintech for financial inclusion,” has been behind the initiative. Since 2014, JoMoPay has been incentivizing more Jordanians to open bank accounts and stop carrying cash. The best feature of the initiative, however, is that even those Jordanians who do not have a traditional bank account are not left out thanks to JoMoPay’s mobile wallet, which can be used by citizens with only a national ID number.

The benefits of JoMoPay are not limited to Jordanians; the country’s sizeable population of refugees can benefit from it as well. As a 2017 report on the financial inclusion of refugees living in Jordan by the Fletcher School of Law and Diplomacy observed, “a mobile wallet provides a secure, convenient way for refugees not only to transact but also to receive humanitarian assistance. It’s also a potential gain for those looking to do business with refugees, as well as for aid organizations hoping to make cash distributions a more efficient and dignified process.”

In the banking sector, Jordan’s Ahli Bank, one of the oldest financial institutions in the country and a major player in the sector, has launched a spin-off fully dedicated to fintech. Since 2017, Ahli Fintech has been acting not only as a provider of digitalized finance services but also as a promoter of finance culture by organizing events and workshops, thus raising consciousness regarding the potential impacts of fintech on people’s everyday lives.

Ahli Fintech also has an incubator-like support program for fintech innovators, which helps participants by providing partial funding, mentorship, and access to the bank’s wide network of customers. It is hoped that an explosion of fintech start-ups will enhance the citizen’s access to credit, banking, and insurance in years to come. 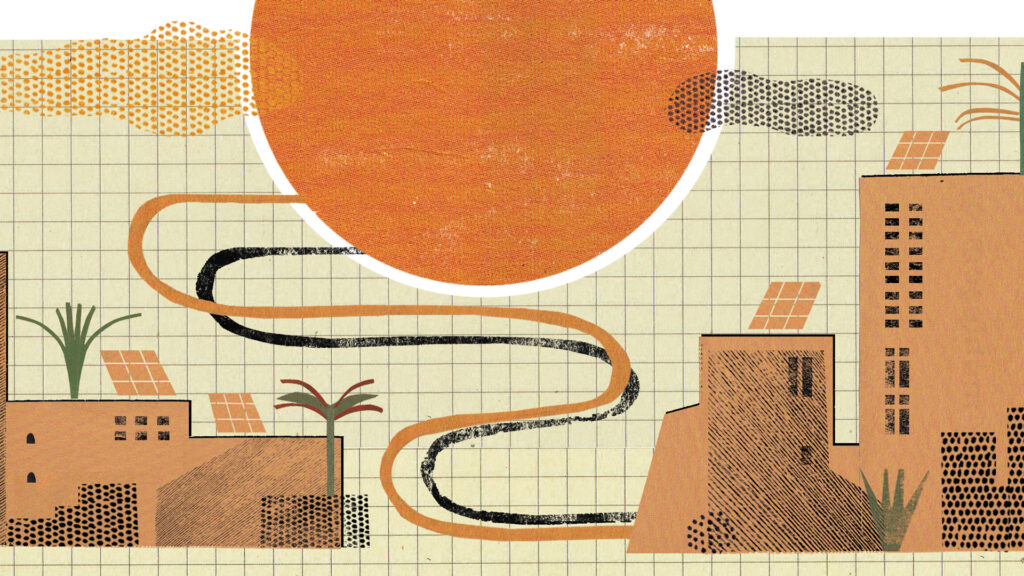