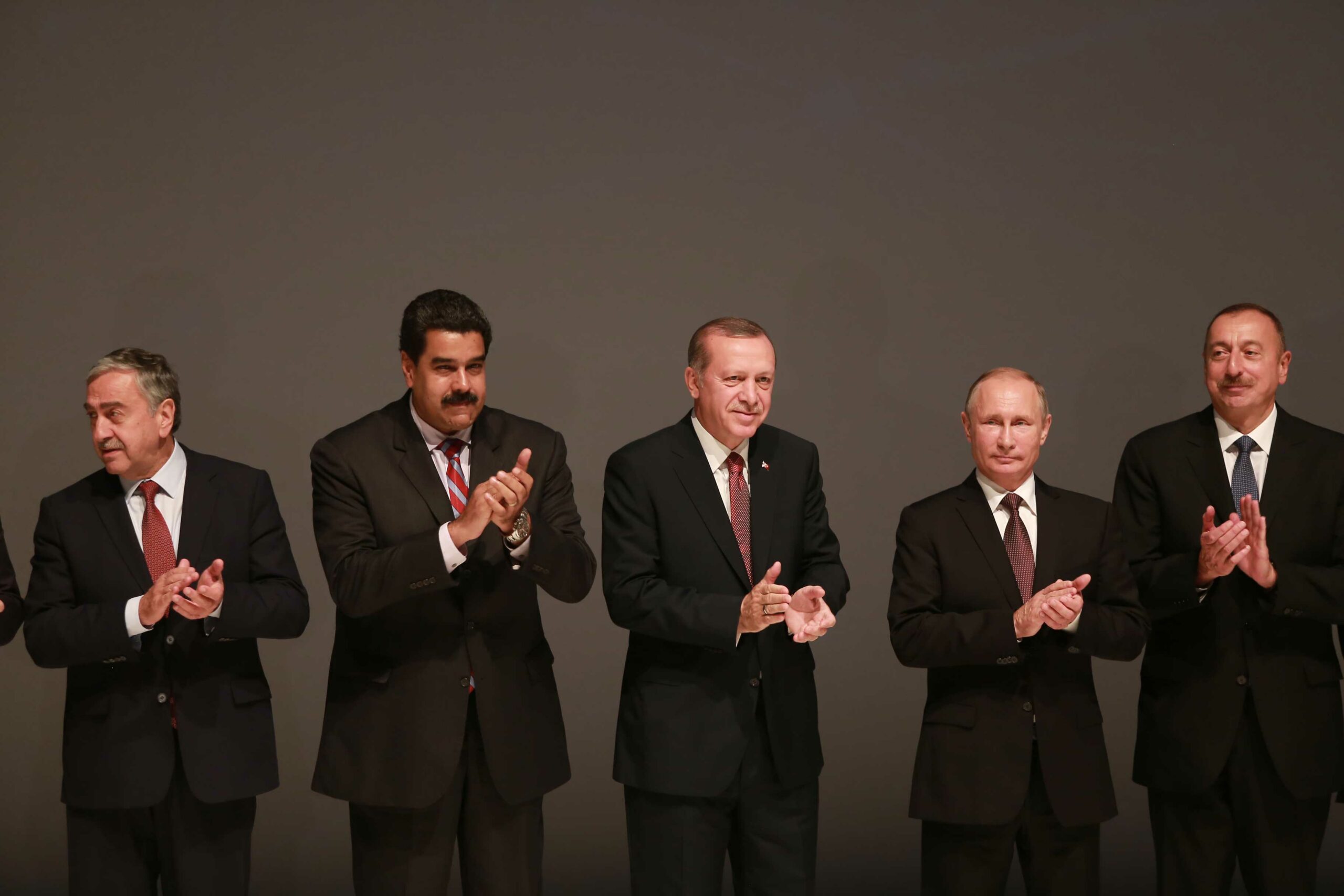 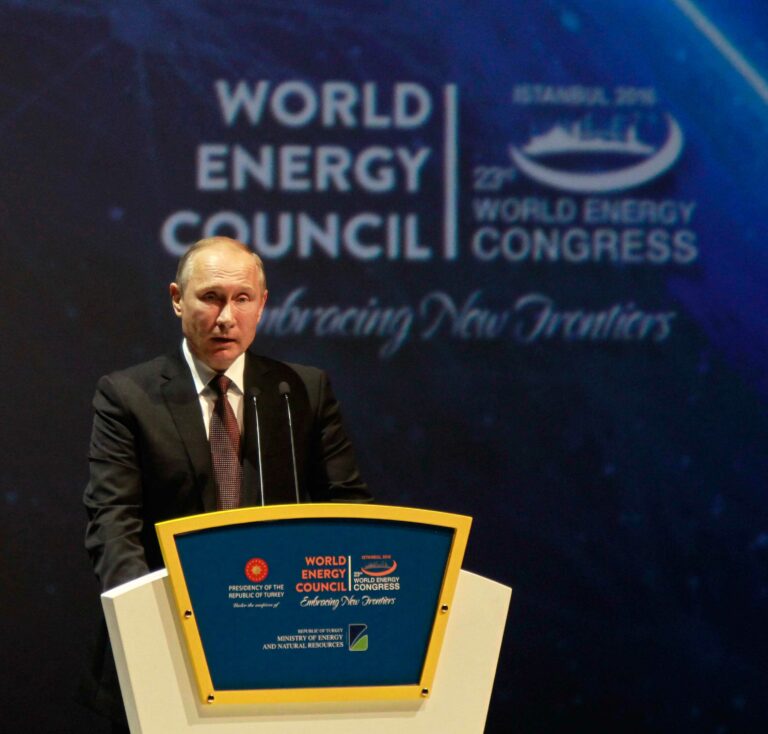 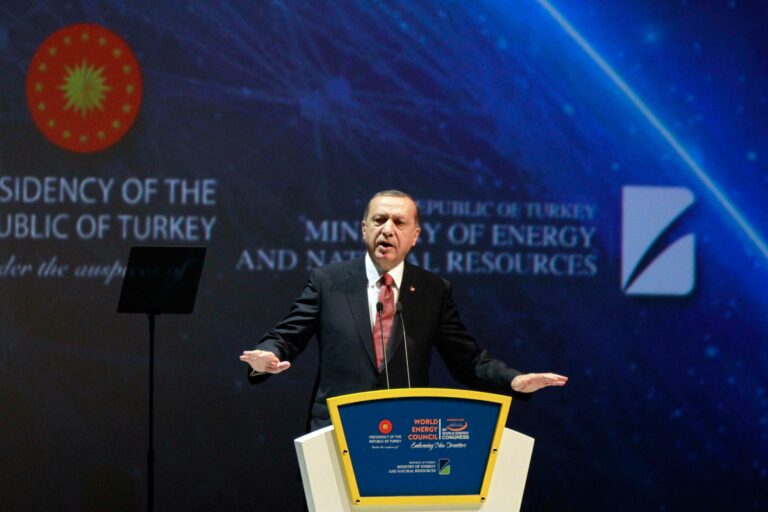 A look at some of the most significant quotes from world leaders at the 23rd World Energy Congress in Istanbul.

After around 40 conferences, events, and roundtables, the participants addressed a wide array of topics, ranging from energy security to new policies and strategies for sustainability, and made some remarkable comments, the best of which we’ve brought together:

1- “We support the recent initiative of OPEC to fix oil production limits.”

On the opening day of the Congress, the Russian premiere announced that Russia would join OPEC in freezing or even reducing the production of oil in order to increase oil prices. Oil prices jumped 3% following the announcement. Shortly after his address, Putin held talks with Venezuelan President Nicolas Maduro, who has long sought support for production cuts.

2- “We look positively at the Turkish Stream project. Our efforts are continuing.”

3- “The peak oil debate belongs to the past: the reality is that per capita demand for energy will peak before 2030.”

In the first of seven pronouncements on “the new realities for energy,” the World Energy Council boldly predicted that production will outstrip demand within 14 years, reversing the paradigm that the biggest challenge facing the sector is waning supply. The Council anticipates that oil demand will grow only 20% over the next 45 years, boding well for energy substitution proponents and creating investment challenges for conventional energy companies. The concept of peak demand factored into a number of major addresses at the 23rd WEC.

4- “The goal in Turkey is for nuclear to provide 10% of our total power generation by 2023, and a third nuclear plant project is on our agenda. (…) Our energy demand is almost three times the global average and expected to double by 2030.”

The Turkish Prime Minister spoke about Turkey’s strategic location at the crossroads of key energy routes between the Caspian, the Middle East, and Europe and the country’s need to diversify—particularly through the development of nuclear—in the years to come. For the time being, however, fossil fuels will remain key to supplying Turkey’s ever-expanding energy needs and the energy security of the broader region.

5- “If you asked an educated European in the 17th century what electricity was, few would have any idea. (..) We need to seek out and support the future Michael Faradays in our midst.”

Younghoon David Kim addressed the 4th Industrial Revolution that will come as a result of climate change, automation, and digitalization, among others. Optimistic about the prospects of alternative green technologies to meet future global supplies, he mused upon many of the potential future sources of the future: grid-connected tidal power machinery, high-altitude wind power, and even microbial energy resources that harness the power of the cell to generate energy.

6 – “In the UAE we believe that one of the pillars of society is clean energy. There is a role for us as government to enable this shift from being purely dependent on fossil fuels to allowing competition from newer forms of energy.”

– Mohamed Al Mazrouei, Minister of Energy of the UAE.

7- “I commend the World Energy Council for helping shape a sustainability narrative through the Energy Trilemma Concept.”

The World Energy Council is a UN-accredited body that works closely with governments and organizations to inform the global conversation on energy. The Energy Trilemma concept has been put forward by the WEC and consists of the three key areas that must be addressed to ensure energy sustainability. They are energy security, energy equity, and environmental sustainability.

– Abubakar Sani Sambo, Special Advisor to the President of Nigeria.

Nigeria has struggled with low oil prices over the past year, and yet those same lower rates have lent new urgency to the country’s diversification efforts. Biofuels are a clear piece of the puzzle for Nigeria, whose government is also working to improve agricultural production in a country with vast tracts of underutilized but fertile land.

9- “ Ecuador has identified hydro power potential and has decided to invest and to undertake the construction of eight hydro power projects simultaneously.”

Ecuador has committed to sourcing more of its power from hydropower projects. The projects are often small and dispersed, which can reduce impact on the environment, and currently 85% of the electricity consumed in Ecuador comes from hydro sources and renewables.

10- “I believe digitization will be the single greatest enabler of the grand transition to 2060.”