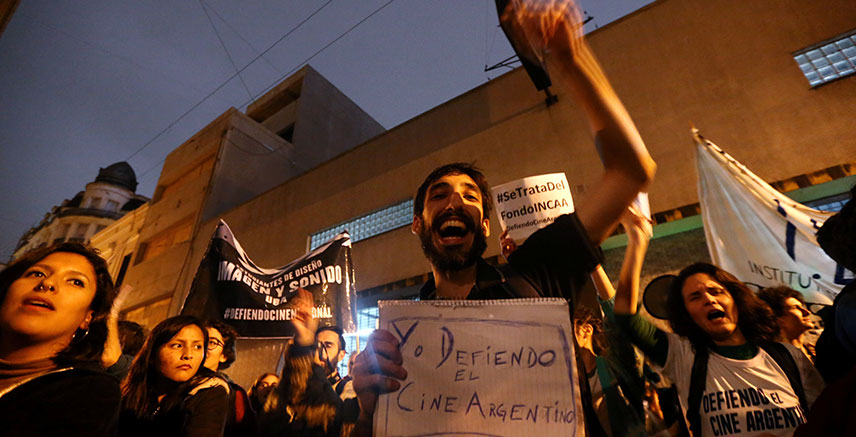 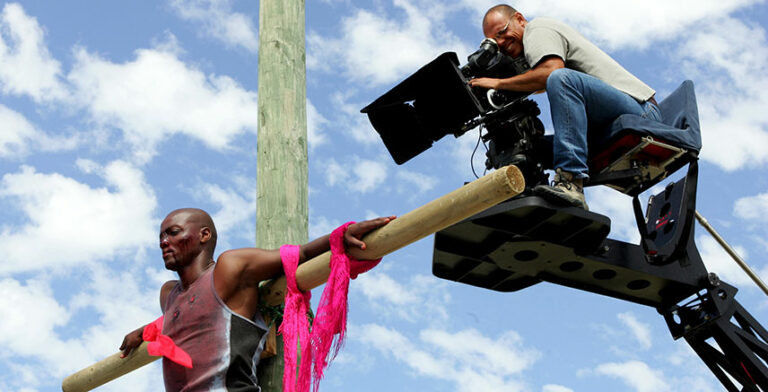 In a world of complex macroeconomic realities, fake news, and political tensions, it is easy to forget about one of the most profitable industries in the world, that of cinema.

A demonstrator holds up a sign that reads “I defend national cinema” during protest against a government’s decision to fire the head of the national film institute in Buenos Aires, Argentina, April 19, 2017

Historically dominated by the US, India, and Nigeria (known as Hollywood, Bollywood, and Nollywood, respectively), emerging markets have recently been making their mark on celluloid. Here TBY takes a look at big screens across the globe to identify the most interesting emerging movie industries in 2017.

An emerging market in all respects, Argentina is no debutant in the world of cinema. The country has a long and proud film history with names like Héctor Olivera, Leopoldo Torre Nilsson, and Adolfo Aristarain still alive and well in the memories of those that followed the country’s burgeoning movie history between the 1970s and 1990s.

Then, after something of a fall from grace, new names have begun to emerge in more recent years, and today Pablo Trapero, Santiago Mitre, and Lisandro Alonso, among others, represent a generation of directors well accustomed to Cannes and Venice.

The shift in the policy of state support for the film industry followed by the Kirchner regime has seen the number of Argentinian movies released per year jump from 41 in 2005 to 189 in 2015.

Despite political differences with the previous government, current president Mauricio Macri has continued the promotion of the film industry and passed, in October 2016, a new annual movie support program worth USD60.7 million, enough to keep the creativity of this new generation of Argentinian filmmakers on the world stage.

In numbers alone, growth has been impressive. Between 2013 and 2016, the industry’s turnaround grew by 54% from ZAR3.5 billion to ZAR5.4 billion. This growth was helped by a weakening currency that has made the industry more appealing to foreign players.

While native film production remains comparatively small, it has doubled over the past decade from 11 films in 2005 to 22 in 2015.

More cash flowing through the local studios means we can expect even more interesting releases from the only African entry on our list in the future.

Thailand’s film industry finds itself at a crossroads today. Once a mecca for Asian horror and martial arts action features, the country’s film producers have been finding it increasingly difficult to break even at the box office.

In 2016, only 17 of the 63 movies released made more than the 10 million Thai baht (THB) psychological threshold for an acceptable financial result.

A languishing domestic market has led producers and production houses to reach out to neighbouring Laos, Vietnam, Cambodia, Malaysia, Indonesia, and Singapore, with considerable success, but European and American markets remain elusive.

Yet, Thailand’s position as a movie production destination, taking advantage of its natural beauty, has been growing in recent years. In 2016, over 700 foreign films were filmed in Thailand, generating over THB2.3 billion in revenue.

In the first five months of 2017 369 licenses for films and videos were registered for upcoming shoots, already accounting for THB1.4 billion in revenue. This is expected to continue to grow.

These positive indicators have pushed the Department of Tourism to launch the Thailand International Film Destination Festival 2017 initiative in an attempt to further promote the sector, along with the Thailand Short Film Competition taking place in late July.

This relatively small Central Asian nation of 10 million is perhaps the most surprising choice of our list, and yet, how could we leave it out?

In April 2017, you could have watched the film “Lesson” by Rafiq Aliyev at the 12th Cinema for Children Film Festival, held in Samara, Russia.

In July, you could have seen “Pomegranate Garden, directed by Ilgar Najafov, screen at the Karlovy Vary International Film Festival, arguably the most renowned film festival in Eastern and Central Europe.

“Çölçü” (Steppe Man) by Shamil Aliyev, and “İçÉ™ri ÅžÉ™hÉ™r” (Inner City) by Ilgar Safat, have also screened at the CayFilm Cayman International Film Festival, in the Cayman Islands, which was held on June 30 – July 3. On June 24, the First Azerbaijani Film Festival ever to be held in Italy came to a celebratory closing in Rome.

Azeri films are showing up like never before, simply because there are more of them. According to the UNESCO Institute for Statistics, only two films came out of Azerbaijan in 2005, while in 2015 53 new titles were produced, down from a peak of 69 in 2013.

This clear progression makes Azerbaijan an interesting nation to follow for non-mainstream cinema.

The Central American nation’s film industry is going through a second gold-age that is gaining traction in festivals all across the world and is expanding quickly.

In the box office, Mexican films recorded an all time high of USD67 million. This growth is due mostly to a re-found trust in Mexican directors and actors, demonstrated particularly by the private sector. While the number of state-supported films remained unaltered when compared to 2015, at 94, privately financed movies grew by 48%.

The names of del Toro, Iñarrito, and Cuarón have been long established on the international circuit, but Reygadas, Eimcke, Escalante, and Canana, among many others, are now making waves overseas, showcasing talent not seen in Mexico since the end of the “Golden Age” in the 1950s.