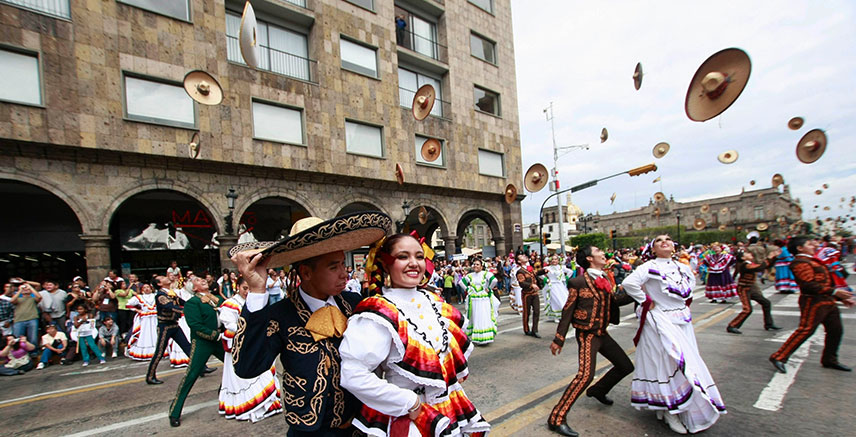 Second Fiddle to None 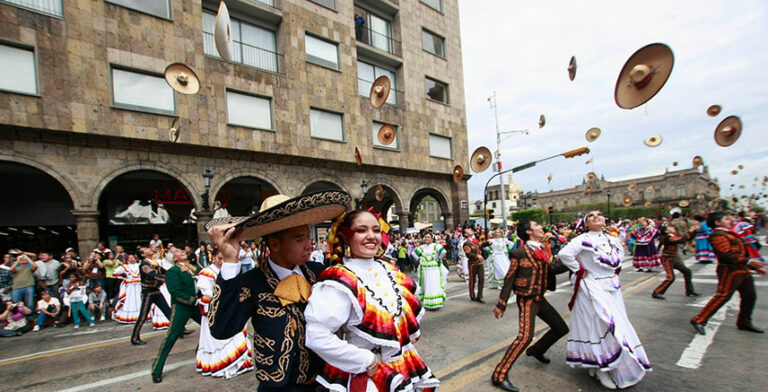 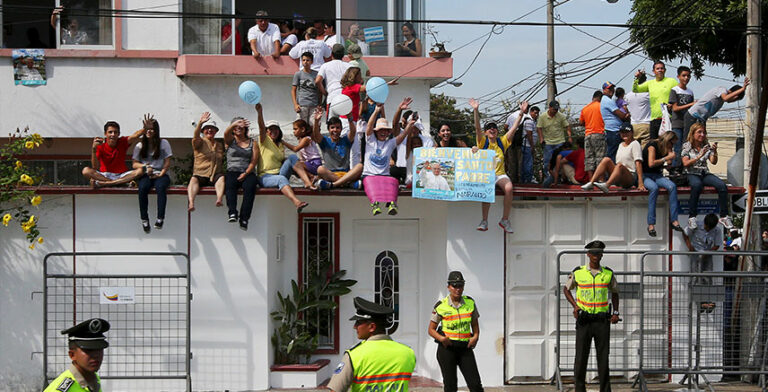 A billboard with pictures of a lingerie model is seen in front of the Commune northwest of Medellin city March 12, 2013

The mere mention of Colombia’s second city conjures up an array of conflicting images. It is a booming industrial powerhouse home to hardworking paisas (as those from the province of Antioquia, of which Medellí­n is the capital, are known), a city historically plagued by drugs and gangs, and a place where the cruel divide between the wealth of the El Poblado neighborhood and the poverty of precipitous hillside slums of Comuna Trece is painfully evident. There is also a booming arts culture that produced not only Colombia’s greatest painter, Fernando Botero, arguably Latin America’s best-known living artist, but a series of innovative new museums, libraries, and art galleries.

At its lowest point Medellí­n had the highest murder rate in the world, at 380 people per 100,000 inhabitants, well over twice that of Honduras’ San Pedro Sula, which currently holds that dubious honor. Nowadays it is the world’s “most innovative city,” according to the Washington-based Urban Land Institute and the Wall Street Journal, but this did not happen overnight. One of the great paradoxes of its terrible history is that Medellí­n never ceased to be the nation’s economic engine even throughout the worst of the drug and guerilla-related violence in the 1980s and 1990s. Instead, it simply trudged on, remaining a bastion of wealth and industry while thousands died from drug-related turf wars and the slum population soared as a result of the civil conflict.

Apart from neutralizing Pablo Escobar and reining in the right-wing paramilitaries, how did Colombia’s second city accomplishment such a turnaround? Medellí­n’s city planners built a network of lifts and cable cars to connect the less fortunate districts with other neighborhoods and completed a metro system. The new library (La Biblioteca España), was designed by world-renowned architect Giancarlo Mazzanti, and showcases the municipality’s commitment to educating its most vulnerable and underserviced urban dwellers.

Colombia’s policymakers now have a concrete example of what works. All that remains is transposing the political will to the country at large.

Dancers in traditional outfits throw their hats during a performance as part of the fourth “Jalisco is Culture” festival at Liberacion Square in Guadalajara, August 11, 2012

Often overlooked or underrated, Guadalajara is to Mexico what Mexico is to the world: a pearl underestimated at one’s peril. The second city is in many ways the raw cultural heart of the country: the birthplace of mariachi and tequila, it is also a culinary beacon that’s home to tender stews and tortas ahogadas (‘drowned’ sandwiches), and a cultural powerhouse with world-renowned performing arts centers such as the Palacio del Infantado and the Instituto Cultural de Cabañas, the latter a UNESCO world heritage site and the former a contender for the list.

Yet the 4.2 million-strong capital of the Pacific state of Jalisco also lies directly south of the drug war and violence-infested state of Sinaloa. As such, Guadalajara is not without its share of political intrigue, tension, and occasional outbursts of violence. Things have taken a particular turn for the worse since the (umpteenth) arrest of El Chapo Guzmán and his subsequent extradition to the United States. For decades the most powerful criminal warlord in the country, El Chapo’s Sinaloa cartel is now witnessing a surge in competition from the Jalisco New Generation Cartel (CJNG). Now estimated by DEA experts to now be the second-most powerful in all of Mexico, the CJNG’s quest for a larger piece of the bloodiest pie in recent Mexican history will not leave Jalisco unscathed. This is one of the reasons why the creation of 27 separate autodefensas (self-defense forces) to protect small merchants, shopkeepers, and civilians of less affluent stripes from the predatory behavior of rapacious cartels was one of the biggest stories in 2016.

Despite this, Guadalajara remains one of Mexico’s greatest hopes. Already the “Silicon Valley” of Mexico, the city is home to eight of the world’s ten largest electronics contract manufacturers, including Solectron, Flextronics, and SCI Systems, in addition to more than 70 international firms offering IT-related services. In addition to the city’s top-tier educational institutions which produced the city’s highly-qualified workforce, these firms also set up shop to be in one of the world’s best climates, where average highs and lows neither top 30 nor fall below 25 degrees.

People wait on the street for Pope Francis to arrive at the Los Samanes park in Guayaquil, Ecuador, July 6, 2015

It is not quite accurate to call Guayaquil the second city when it has long been Ecuador’s largest and most important economic center. But if perceptions are anything to go by, it might as well be. Though a vital port for the Pacific coast of South America, Guayaquil is too often overlooked in the international consciousness. Responsible for 90% of the country’s imports and 50% of its exports, the city’s 2.7 million people account for more than a third of Ecuador’s population and have produced an overwhelming proportion of the country’s cultural and political elite: writers Demetrio Aguilera Malta, Joaquí­n Gallegos Lara, José Joaquí­n de Olmedo, and Alfredo Pareja Diezcanseco, and politicians Gabriel Garcí­a Moreno, Alfredo Baquerizo, and Rafael Correa, to name but a few.

The city is also proving itself to be a paragon of innovation, especially in public transport. While bikelanes (rightfully) tend to get the most publicity in urban transport schemes from environmental and health enthusiasts the world over, the mayor of Guayaquil Jaime Nebot has energetically updated the city’s transportation options not only with a state-of-the-art bus network, Metroví­a, but also through plans to build a suspended air-bus that magically hovers over the city named Aeroví­a.

Of course, Nebot’s aggressive efforts to turn Guayaquil into a modern metropolis have not been without controversy. Having set out to change the very fabric of the city, complaints have been rife about police brutality against street vendors and arbitrary imprisonment of beggars, two groups now slated as undesirables under the mayor’s tenure. Bringing in the former New York City police commissioner William Bratton, famed for instituting that city’s ‘zero tolerance’ policy before reforming the LAPD in the wake of the 1992 riots, Nebot implemented a mass-surveillance network of police-monitored cameras throughout the parts of the city he managed to allow for ‘regeneration.’ Safety has certainly improved, but at a cost. The question will be determining how much Guayaquileños, as residents of the city are known, are willing to pay.

Car wreckages are seen after flooding occured at an avenue in Peru’s southern city of Arequipa, February 9, 2013

Barely one tenth the size of the country’s sprawling capital, Lima, Peru’s second-city of Arequipa (population: 1.1 million) is still a force to be reckoned with. Surrounded by not one or two but three volcanoes, one of which towers over the city at 5825m, the capital of the southernmost part of Peru was founded in 1540 and served as an important trade route along the Silver Road leading from Potosí­ (in modern-day Bolivia) to the Pacific Ocean—in addition to serving as the capital of Peru from 1835-1883. Extremely loyal to the crown, the city also has a disproportionately high amount of inhabitants of Spanish descent, making it demographically anomalous for the Andes.

Declared a UNESCO world heritage site in 2000 for its spectacular Baroque architecture dating back nearly five centuries, the city’s vulnerable geographical location means it must still contend with the forces of nature which occur too often for comfort. In 2001 it was hit by an 8.4 magnitude quake that caused considerable destruction, even to the city’s historic center, and the region is prone to nearly yearly earthquakes, floods, and mudslides that can quickly turn lethal.

As recent tragedies have reminded us, even at a manageable 1.1 million, Peru’s second city is one of the places in Latin America most vulnerable to natural disasters. Sitting at 2,300 meters, it is also a major transport hub for the region. Its first railway opened in 1871 and is still operating 145 years later; direct buses can be had as far as Buenos Aires. If Mother Nature relents, Arequipa will continue could be the gem of southern Peru and the country’s most livable city for decades, if not centuries, to come.

With half a million inhabitants, Santiago de los Caballeros is the Dominican Republic’s second-largest city and the Caribbean’s fourth—already an impressive figure for inland city with an altitude of 200 meters in a region built on the back of maritime trade (and plunder). Sequestered in the fertile center of the Cibao valley, the “heartland city,” as its known, is home to a thriving commercial hub for some of the world’s finest tobacco, rum, and textiles manufacturers. It is also a major hub for leather-products and shoe manufacturers.

Founded in 1495, it was the first place named Santiago in all of the “Americas.” Even if outshined by namesakes in Chile, Cuba, or Colombia, it dates to the very first European activity in the hemisphere—on the grounds where Christopher Columbus established one of the New World’s first Spanish fortifications. Tucked between the island’s two main mountain ranges, the Cordillera Central and the Cordillera Septentrional, and spreading along the banks of the Yaque del Norte River, Santiago de los Caballeros and its hinterland is not only geological fertile, but is also a productive center of art, culture, and education. As well as playing host to the country’s leading private university, the Pontificia Universidad Católica Madre y Maestra, it is also home to satellite campuses of five of the nation’s top public universities.