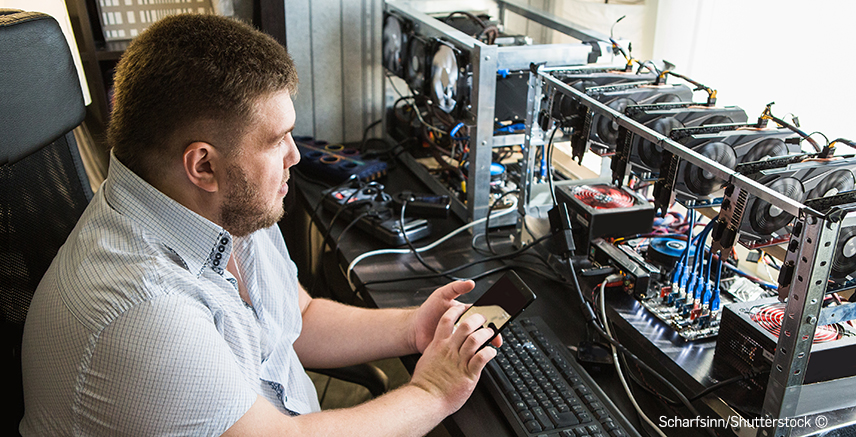 Share on:
The market capitalization of cryptocurrencies has risen exponentially over the past four years.

The past year has been hectic for cryptocurrencies. Though Asian countries like China and South Korea are attempting to hinder digital currency markets in an attempt to discourage the growth of these decentralized financial markets, the price of bitcoin has risen dramatically so far this year, increasing by a factor of four.
Blockchain technology is becoming more commonplace and to date there are 1,128 cryptocurrencies and growing, according to coinmarketcap.com.

The record-high of USD5,000 reached by Bitcoin in early September caught the attention of international investors, who are beginning to feel more comfortable when trading digital currencies.

The total market cap of these currencies was just USD1.2 billion in mid-2013, while today it stands at USD144.5 billion.

A large chunk of all the money in cryptocurrencies is invested in Bitcoin, which represents a third of the total market cap.

Despite being the most important digital currency, other currencies have gained ground in the last month and are establishing themselves as serious contenders.

Leaving aside Bitcoin and its brother Bitcoin Cash, the following are the biggest cryptocurrencies by market cap:

Ethereum (ETH) is the second largest traded cryptocurrency in the world, its price having skyrocketed earlier this year after two years of relative inactivity in the market.

After February, when ETH cost USD14, this currency began to grow rapidly. As of September 2017, its value had increased by a factor of 20, with one ETH worth around USD280.

Following China’s ban on initial coin offerings (ICOs), the value fell by 30% in a matter of days.

Ethereum has become one of the most popular digital currencies for ICOs, and is to be one of the most affected assets after the ruling. Nevertheless, Ethereum’s value has picked up, demonstrating continued positive sentiment around the currency.

This currency’s goal is to enable fast, secure, and free global transactions without charging its users any fees.
Although one could assume that the banking sector would be totally against this technology, the Spanish firm BBVA is one of the main promoters of the Ripple protocol in the financial world.

BBVA announced in April that the company had successfully completed its first international transfer between its divisions in Europe and Mexico.

This pioneering initiative demonstrated not only how these emerging technologies have improved some processes, but also the speed at which transactions are carried out, noted the company in a press release.

Additionally, the firm remarked that this experience evidenced how its customers could benefit from this technology and deemed it as a “clear indicator” of how BBVA’s international payments services could evolve in the future.

In the weeks following the publication of that document, XRP’s value grew dramatically as investors began to see the potential of technology for the financial sector and how it could be implemented in the short term.

If Bitcoin is gold, then Litecoin is like silver. This is how its creators and supporters have marketed Litcoin (LTC), a cryptocurrency that was launched on Github in 2011.

And like the rest of the digital currencies mentioned here, investors barely traded Litecoin until just this year.

This asset experienced a sharp rise until September, hiking from USD3.8 in March to USD74 in early September.

But since then it has fallen rapidly and bottomed out at USD50.

Litecoin was created by a former Google engineer. Its main difference to Bitcoin is that it that it can be generated faster. It also takes a shorter time on average to process a transaction using LTC.

And another important distinction is that mining LTC is more accessible for everyone since high-tech graphic cards are not required for this digital currency.