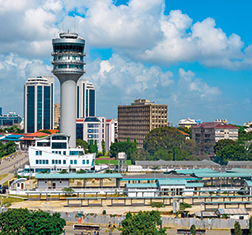 Share on:
Productive industrialization will propel Tanzania's economic growth, attract FDI, and even serve the interests of the nation's large agricultural community.

The World Bank labels Tanzania, population 50 million, a low-income economy based on its GNI per capita print of USD920 in 2014, where average GNI per capita in Sub-Saharan Africa was USD1,709. Yet encouragingly, Tanzania’s print grew 44% during 2009—2014, from USD640 to USD920. According to the Ministry of Finance and Planning’s 2025 Vision, Tanzania expects to have become a middle-income nation by that year, which requires GNI per capita of between USD1,045 and USD12,736. The World Bank applauds progress resulting from economic and structural reforms, made possible by a predictable political climate, sustained on October 2015, as Dr. John Pombe Magufuli became the republic’s fifth president.

Tanzania’s second Five-Year Development Plan 2016/17-2020/21 (FYDP II), focused on “Nurturing Industrialization for Economic and Human Development,” comprises the three components of industrialization, human development, and implementation effectiveness. Fundamental to its success is industrialization driven by public-private partnerships (PPPs). The onus is also on the private sector to accommodate the roughly 800,000 young people entering the labor force each year.

The state has steadily opened up the economy to private-sector participation, underpinned by strategic privatization and a well-regulated investor environment. FDI net inflows to Tanzania by 2014 had climbed to USD2.04 billion from USD1.8 billion in 2010 on a rise of 13%. Accordingly, Tanzania became the primary FDI destination in East Africa. The 2015 World Investment Report of the United Nations Conference on Trade and Development (UNCTAD) confirmed that these investments had risen in large part thanks to fortuitous recent natural gas discoveries of 45 trillion cubic feet. Sector data reveals the leading five sources of FDI as South Africa, the UK, Kenya, Canada, and China. Col. (Retd) Joseph Leon Simbakalia, the Director General of the Export Processing Zones Authority (EPZA), describes his role as “specifically driving export-led industrialization.” Tanzania’s EPZs attract investor interest by having “their own internal investment climate.” Moreover, he stresses Tanzania’s advantageous geography and membership of the East African Community (EAC) and the Southern African Development Community (SADC) enabling investors to expand their regional footprint. Increasing the offering in 2017 with two new SEZs, one in Bagamoyo on an area of 100sqkm, he concludes that, “This is where we can experiment with reforms that can then be replicated elsewhere in the economy.”

GDP registered at USD44.5 billion in 2015 up from USD31.4 billion back in 2010, with annual growth averaging at 7% over the previous five years. This not only exceeded the sub-Saharan African average of 4.4%, but tellingly ranked the country among the world’s 20 fastest-growing economies. The IMF pencils in growth of 7.2% for 2016 and 7.1% in 2017, above the World Bank respective estimates of 6.8% and 7%. The World Bank projects sub-Saharan GDP growth at 4% in 2016, and 5.1% in 2017. Tanzania’s central bank, the Bank of Tanzania (BoT), celebrates its 50th anniversary in 2016. Its latest data indicates a deceleration of real GDP to 5.5% in 1Q16, fractionally down YoY from 5.7%. Roughly a 60% contribution to GDP growth came from agriculture, trade, public administration, finance and insurance, transport and storage, and manufacturing. The keenest growth for the quarter was registered by the financial and insurance, information and communication, public works, and education sectors. By 2Q2016, GDP growth had sped up to 7.9% thanks notably to agriculture, construction, energy, mining, and transport, where the latter two saw double-digit performances. This would also suggest that government attention to wholesale infrastructure expansion has left Tanzania able to ride-out commodities-related turbulence. The USD1.6 billion World Bank loan recently secured was productively directed at power enhancement, the rail network, and farming improvements.

Despite the BoT’s pursuit of price stability by regulating money in circulation and credit extended to the economy, there have been fluctuations in inflation, notably when the January 2015 historic low of 4% reversed to a peak print of 6.8% that December, largely due to the food component. Yet over the past five years, headline inflation has declined to a single-digit print of 5.4% for March 2016, in stark contrast to a 12.6% average in 2011. And for 2Q16, 12-month headline inflation averaged at 5.3%, down from 5.9% in 1Q16 on easing food inflation of 7.6% compared with 8.8% in 1Q16 and 8.5% in 2Q15.

Tanzania’s balance of trade presented a deficit of USD3 billion in 2015, even though the trade gap had diminished by 35% over the previous five years, from USD5 billion in 2010. For 2015 exports climbed 85% YoY to USD 9.5 billion from USD5 billion, while imports, too, rose 27%, from USD9.8 billion to USD12.5 billion. And by 2Q16 the current account deficit had shrunk YoY to USD513.3 million from USD1.19 billion. Exports of goods of USD1.49 billion were a marked 20.8% up on 2Q2015. Traditional export improvement ostensibly came from improved prices in global markets. Meanwhile, non-traditional exports were fueled by higher mineral exports, notably gold and diamond, in addition to manufactured goods. Gold exports soared 41.9% to USD435 million on higher volume sales and better prices commanded as more people turned to the metal as a hedge. Manufactured goods exports climbed 21% to USD313.5 million, notably due to textile apparel, footwear, the vast range of sisal products, and plastic. 2Q16 imports of USD2.17 billion were down YoY from USD2.6 billion on a broad-based decline in imports, excepting fertilizers and industrial raw materials. And despite depressed prices, the value of oil imports, the primary import item, climbed 9.5% to USD772.6 million, on a higher import volume.

Tanzania’s economic potential lies underground. The mining and energy sector leverages the nation’s status as a net exporter of gold (over 90% of the total mineral exports), plus its natural gas reserves. In 2Q2016 the value of gold and diamond produced rose to USD356.9 million from USD315.2 million YoY. Gold production for the period rose to 10,223.2kg from 8,913kg. Diamond output, meanwhile, reached 56,379 carats in 2Q2016 from 29,043 carats a year earlier. Data from the Tanzania Chamber of Minerals and Energy puts gold production in Tanzania at 40 tons per annum, ranking the country the fourth-largest producer in Africa behind South Africa, Ghana, and Mali. Notably, too, while Tanzania’s gold production has climbed by 700% over the past quarter century, from 5 to 40-50 tons pa, that of South Africa had declined from over 500 tons in 1990 to 140 tons in 2015.

Charles J.P. Mwijage, Minister of Industry, Trade and Investment, told TBY of upcoming flagship schemes, including the Mchuchuma coal and Liganga iron-ore mining projects, set to enhance industry and the energy mix. “We want to deliver 600MW from Mchuchuma, with 250MW being used for iron smelting and the rest being fed into the national grid to supply power nationwide.” And meanwhile a 2016 fertilizer project in Mtwara “involves an international consortium led by German company Ferrostaal Industrial Projects GmbH, and will produce around 1.3 million metric tons of fertilizer per year. The production of fertilizer in Tanzania will be a game-changer for us as agricultural yields will increase,” he concluded.

Despite government attention to productive industrialization, agriculture maintains a key role in the economy. In 2014, agricultural output of USD13.9 billion represented 29% of total GDP. Furthermore, the BoT’s February 2016 Monthly Economic Review indicates that related exports (including fish and horticultural output), at USD1 billion in 2014, made up 20% of total exports for the year. The sector is due to benefit from local downstream mining sector products such as cheaper fertilizer.

Tourism is a vital source of foreign currency, generating USD2 billion in 2014, at 21% of total exports, while the total contribution of tourism to GDP was 9.3%. In the 2006-2014 period international tourist arrivals skyrocketed 90%, from 622,000 to 1.1 million as the country became the seventh most popular sub-Saharan destination after South Africa, Zimbabwe, Mozambique, Uganda, Kenya, and Namibia. Meanwhile, according to the World Travel and Tourism Council (WTTC), the tourism sector is set to appreciate by 4.9% to 7.7% of GDP in the 2015-2025 period.

In conclusion, political stability and recently uncovered gas reserves offer the opportunity of stable economic growth, pushing Tanzania toward its goal of middle-income status by 2025.