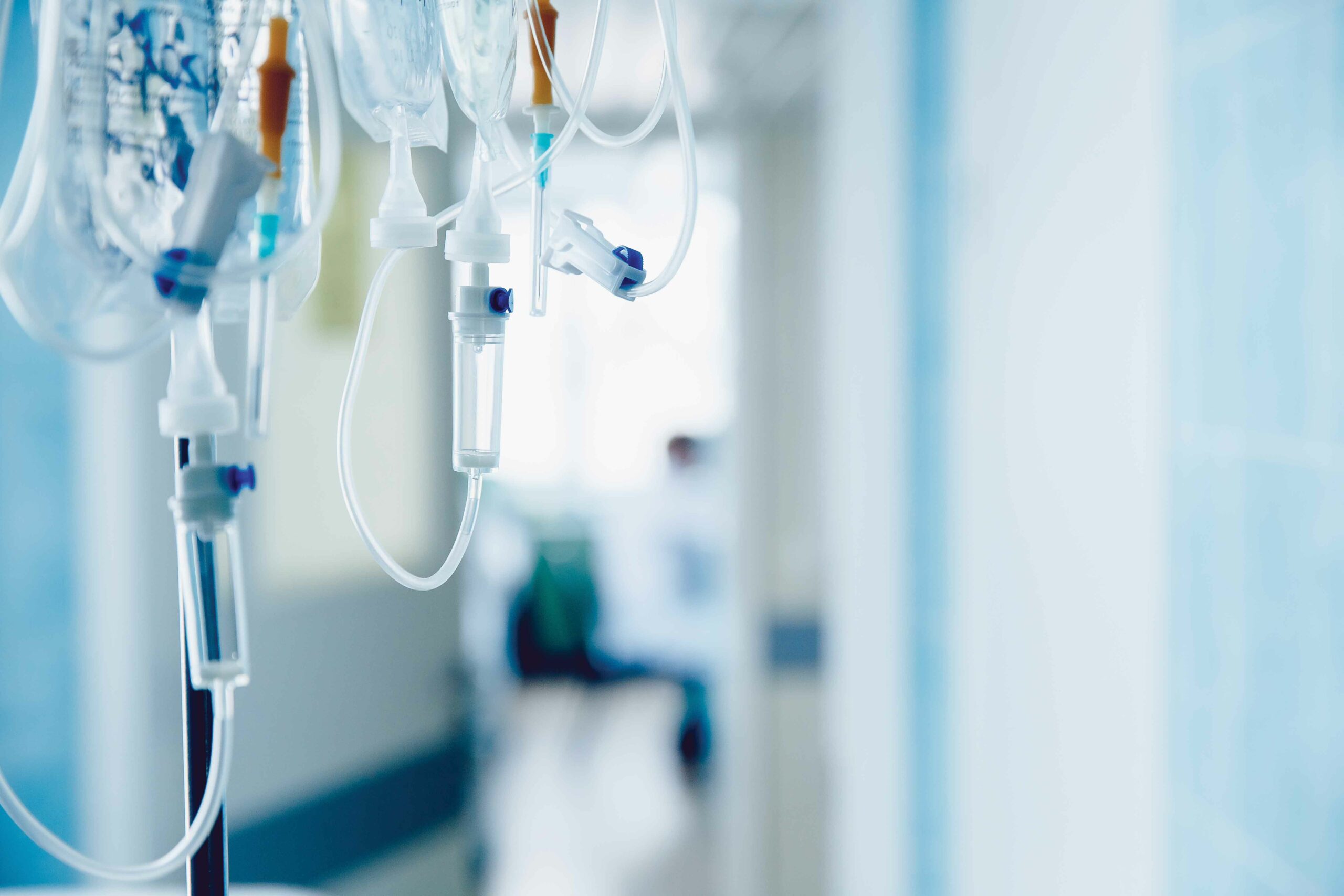 Share on:
With a growing population and non-communicable diseases on the rise, Qatar's healthcare market is expected to reach a value of USD8.8 billion by 2020.

As Qatar has seen its population grow in recent years, ensuring that its citizens have access to quality healthcare has become one of the country’s foremost concerns. In its GCC Healthcare Industry 2016 report, investment bank Alpen Capital predicted that Qatar’s healthcare market would grow at a CAGR of 12.7% until 2020, reaching a value of USD8.8 billion. During this time the outpatient market will rise to USD5.9 billion and the inpatient market to USD2.9 billion. Meanwhile, EY predicts Qatar’s healthcare spending to reach USD24 billion by 2024, a 360% growth on 2010.

In 2013, the primary causes of death in Qatar were trauma, cardiovascular diseases, cancer, and diabetes. With lifestyle-related diseases on the rise as a result of growing affluence, investment in Qatar’s healthcare sector is shifting accordingly, with sports and active lifestyle options beginning to play a more active role. In 2014, the government allocated USD4.8 billion to private and public healthcare, followed by USD5.2 billion in 2015 and USD5.7 billion in 2016.

In early 2016, Qatar’s Ministry of Public Health revealed that its National Health Strategy (NHS) 2011-2016 had achieved 80% of its goals. The NHS 2011-2016 targeted the spread of non-communicable diseases as well as addressed the increasing population’s effect on the demand for healthcare and qualified professionals. NHS 2017-2022 has picked up right where its predecessor left off in addressing the increased pressures placed on Qatar’s healthcare facilities and services.

Qataris are guaranteed free and equal access to healthcare, but there is a push for private healthcare due to growing demand for higher quality services.

In 2013, the Amir approved a draft law that would institute universal heath insurance coverage for Qatari residents. The law requires private companies to pay insurance premiums for its expatriate employees and their families. The ultimate goal is to standardize healthcare services and prices across Qatar and move emphasis from the public toward the private sector. The national health insurance scheme was introduced in five different stages until 2016. First, it covered Qatari women from 12 years of age for maternity, obstetrics, and gynecology. HMD’s Women’s Hospital, Al Emadi Hospital, Al-Ahli Hospital, and Doha Clinic Hospital were designated to provide these services. The second and third stages covered all Qatari nationals for all services. The fourth stage set out to cover white-collar expatriates and visitors. The fifth and last stage covered blue-collar expatriates for all services.

To fulfill its promises, the country’s scheme has expanded upon its healthcare infrastructure. In 2016, the Qatar Red Crescent Society and the Ministry of Public Health opened the Al Hemaila Medical Center in the Industrial Area, targeting low-income blue-collar workers who work far away from Doha and thus have trouble accessing healthcare. The medical center offers cardiology, dentistry, ophthalmology, radiology, and inpatient facilities and has the capacity of 24,000 patients per month.

In 1979, a decree from the Amir of Qatar established the Hamad Medical Corporation (HMC), a non-profit healthcare provider that oversees the bulk of healthcare in Qatar. The HMC manages eight hospitals, including Rumallah (Qatar’s first hospital that opened in 1957), Hamad General, Women’s Hospital, National Center for Cancer Care and Research, Heart Hospital, Al Wakra, Al Khor, and Fahad bin Jassim Kidney Center. Since 2007, HMC’s facilities have had US Joint Commission International accreditation. HMC’s hospitals are also the first in the Middle East to earn accreditation from the Accreditation Council of Graduate Medical Education-International.

Qatar’s Supreme Council of Health estimated in 2015 that 11 new hospitals and medical research facilities are to be built in Qatar by 2022. One of these facilities, the USD635 million Hamad bin Khalifa Medical City is set to be the largest of its kind in the Middle East. These facilities will accommodate the 91% expected rise of inpatient admissions between 2013 and 2018 as well as the subsequent 50% rise between 2018 and 2033.
Perhaps the facility receiving the most attention in Qatar is Sidra. In May 2016, Qatar unveiled one of the largest healthcare projects across the GCC: the Sidra Medical and Research Center in Doha. The USD7.9-billion megaproject is funded by the Qatar Foundation for Education, Science, and Community Development and represents the country’s ambition to transform itself into an elite center for health and education. The Qatar Foundation was founded in 1995 to modernize the country and improve education. The foundation established Education City, a hub for free world-class education and research. Today, Education City hosts six US universities, one British university, and one French university.

Qatar’s National Vision 2030 calls for a network of facilities and programs needed to create a healthy population, and the nation’s sports industry is beginning to expand and meet these goals. As Qatar has become a destination for international sporting events, public interest has grown accordingly, and industry leaders believe that the sector can serve a dual role of raising Qatar’s global standing and improving the lives of everyday citizens. Soccer and tennis are two fields of particular interest, as both have come to take a more significant role in recent years. Qatar’s role as host of the 2022 FIFA World Cup is the strongest evidence yet of the country’s arrival on the world sports stage, and the Qatari government is working to build upon the tournament to create a stable foundation of sports participation. The Aspire Academy for Sports Excellence, the nation’s premier sports education institution, played a significant role in the World Cup bidding process and is at the forefront of a coordinated attempt to increase athletic development and participation in organized sports through scholarships and mass screenings of young Qataris in order to increase participation rates. The academy has also attracted a cadre of world-class instructors in the hope of developing elite athletes to serve as role models for the country’s future athletes. High jumper Mutaz Essa Barshim, an Aspire graduate, is one such example. The two-time Olympic medalist has the second-highest jump in history. The share of children participating in athletics grew by 8.9% from 2000 to 2008, and Qatari leaders are confident that this will only continue to rise, generating positive health and cultural effects.

Increasing the proportion of Qatari women in sports is another priority; a 2009 Qatari Olympic Community study indicated that only 15% of Qatari women over 15 years of age regularly participated in sports. Founded in 2000, the Qatar Women’s Sport Committee (QWSC) is working to increase this proportion by increasing marketing to women and partnering with international sports federations to offer new opportunities for participation. In tennis, for example, the Qatar Tennis Federation, which hosts professional men’s and women’s tennis tournaments, has used its international connections to also host local tournaments for Qatari athletes and has plans to increase the volume of these local tournaments. “The federation has a long-term strategic plan to develop tennis in the state of Qatar,” QTF president Tariq Darwish Zainal told TBY, and there is evidence that the wider strategy is working. While the proportion of female athletes is still small, it rose by an average of 23% between 2000 and 2008.