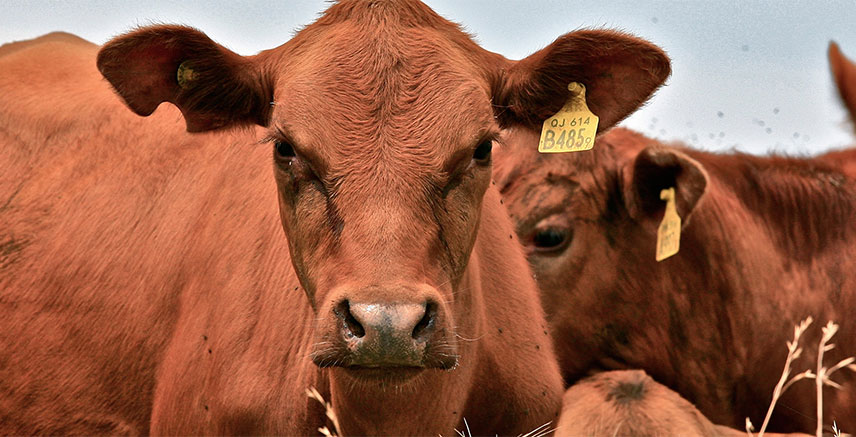 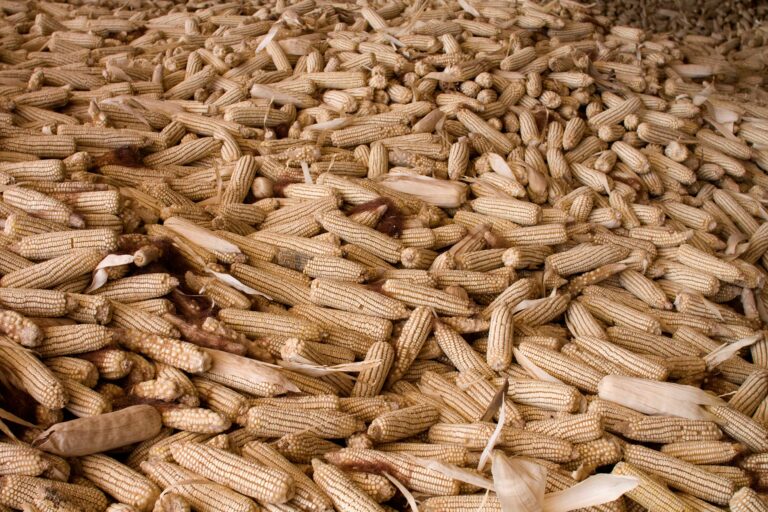 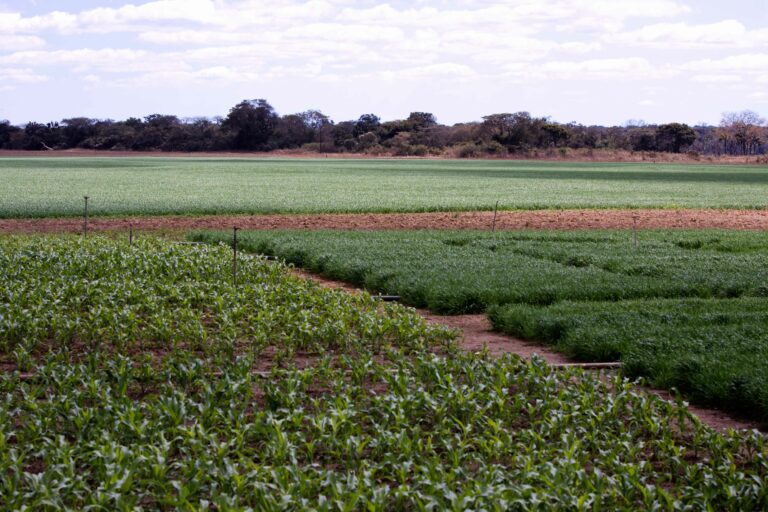 Zambia is still a largely rural country, with over 13 million farmers, many of them leaseholders, relying on subsistence crops for their livelihoods.

Agriculture is one of Zambia’s top priorities, with its links to hydroelectric development, exports, and tourism. It is also one of the most promising sectors. Investment across the industry, including maize, cotton, dairy, leather or the newer industries such as flowers, exotic fruit or honey, could reap remarkable profits.

The government is also keen on developing climate resistant agriculture in the long term to counter the effects of climate change. The country is increasingly focusing on ensuring its own food security and meeting local demand, despite changes in weather patterns and climate.

The land area of irrigable potential is estimated at 430,000 hectares, of which not more than 100,000 ha have so far been cultivated. Zambia has four major lakes, one of which is the second largest in the world, Lake Tanganyika, and four major rivers including the Zambezi, ensuring relatively fertile soils and adequate sources of irrigation. In total Zambia has 15 million ha of swamps, rivers and lakes, many of which are also suitable for fisheries.

With a warm rainy season (December-April) and a cool, dry season (May-August) as well as a hot dry season (September-November), the country is suited for crops such as maize, tobacco, peanuts, sugar cane, rice, sorghum, coffee and others fruits and vegetables such as grapes, bananas, apples, mangoes, guavas, cassava and sweet potatoes, mostly grown for local consumption.

Zambia has one of the milder climates on the African continent, making it imminently suitable for agriculture. The country is dominated by a mildly undulating plateau of numerous lakes and rivers, all at an altitude of 1,000-1,600 meters above sea level. Only in the valleys does the climate become intense and tropical.

The agricultural industry is diversifying fast with many new crops being developed such as sugar-snap peas, asparagus, fine and bobby beans, baby corn, baby carrots, and eggplant.

However, soil tends to be poor quality and the success of a good harvest is reliant on adequate rainfall. Flooding, particularly of the Zambezi River is also a real hazard.

Crop improvement has been important to Zambia since the early 1960s when it introduced hybrid maize with high yields, sparking a green revolution. In recent years, maize has been replaced by so-called cash crops such as soybeans. Maize production fell fully 80% from 350,000 tons in 2011 to just 60,000 tons in 2014. Despite maize being a staple food crop, it is gradually being phased out in favor of crops better suited to high rainfall and irrigation-rich areas such as oilseed, cassava, sweet potato, finger millet, wheat, paddy rice, and sorghum.

For a land-locked country, Zambia’s investment in fisheries is perhaps surprising. In August 2015, the government launched a $10 million privately owned fish farm. Yalelo Farm on Karimba Lake already produces 6,000kg of tilapia a day. In an effort to further increase domestic fish production, the government is encouraging private investment. In 2010, aquaculture fish production was estimated at 9,535 tons and this had increased to over 19,000 tons by 2014. The government is also partnering with the Africa Development Bank (ADB) to inject a further $50 million into the fisheries sector. Another fishery project under implementation is the $8 million aquaculture project on Lake Tanganyika.

Zambia has an important cattle husbandry business, raising the beasts for dairy products as well as for meat. The country currently has 3 million beef cattle, and produces 43 million tons of beef and beef products a year. In 2015, Zambia milk production suffered to due “load-shedding”, increased voltage, which ruined the machinery for sterilization and damaged milk production. The high

cost of feeding dairy cattle also hurt the dairy industry, along with a shortage of purebred cows, which the industry demands. Milk costs more in Zambia, $0.48 a liter than elsewhere in Africa; compared with Tanzania’s $0.33 per liter; Malawi’s $0.24, and South Africa’s $0.30 a liter. According to the Bank of Zambia, production of fresh milk declined by 7.7% in 2Q2015, due for the most part to power outages across the country.

Nonetheless, figures from the Dairy Farmers’ Association show that 65 million liters of milk were produced in 2014, healthily up from 55 million in 2013. Output overall in 2015 is expected to reach 75 million.

Cattle play a wider role in Zambia’s economy. Hides and leather are also important products, often sent to South-East Asia for use in the garment industry. Besides cow leather, crocodile, snake and ostrich leather and other high value hides are also produced in the country.

The Common Market for Eastern and Southern Africa (COMESA) has just received $400,000 to support the growth of the leather sector in Zambia and three other member countries. The increased cattle population has made the leather industry more competitive on the international market. Zambia has the potential to grow its leather value chain to half a billion dollars a year if all hides are transformed into finished products. The lack of an indigenous shoe industry or coat industry is still sorely felt. The state has also agreed to waive taxes on leather production machines equipment in order to further aid its growth.

Power outages and high fuel costs in the Southern region this year have adversely affected livestock production over the past year.

Nonetheless, Zambia’s egg production grew by 18% during 2014, increasing to 1.05 billion, up from 899 million produced in 2013. It also recorded a growth of 9% in broiler production from 68 million chickens in 2013 to 73.9 million day-old chicks in 2014. Demand for poultry is high, as the cost of chicken remains low compared to other meats. African Swine Fever, which has had a detrimental effect on the pork industry, also explains increased demand for chicken as a dietary alternative.

Cotton production is also an important part of the Zambia agricultural sector. Cotton is grown in several agro-ecological zones such as Southern Province, Central Province, Lusaka Province, eastern parts of the Copperbelt Province and Western Province. The potential for cotton production, due to good irrigation and fertile arable land, is high—potentially over 800,000 ha could be converted to this crop. At present, only about 300,000 ha are cultivated for cotton.

Raw cotton is mainly exported to Mauritius, South Africa and East Asia. In 2014, Zambia ranked 21st in world cotton exports. However, cotton is often used in conjunction with other crops (such as oil seed rape) for industrial purposes. In 2014, only 50,000 tons of cotton were produced and 40,000 tons of soya beans as opposed to the processors requirement of 350,000 tons. This decline was due to poor communication between farmers and government and a change in rainfall patterns, which led many farmers to replace their cotton crop with tobacco or maize.

Another challenge is that cotton yields an average of 350 kg per ha, whereas other crops produce upwards of 2 tons. It is also a labor-intensive crop, and only sustained by strong demand on the world market. In 2012, 135,000 tons of cotton were produced, declining to 90,000 metric tons in 2013 but up again to 100,000 tons in 2014. Zambia has no indigenous garment industry to speak of and as a result exports only raw product or lint. Currently, there are about 250,000 to 300,000 cotton farmers countrywide.

Coffee production, which is an expensive process, has been expanding in recent years. All coffees produced are Arabica, and 50% of this is the Bourbon variety. It is processed generally through the washing method. Zambia is not well known for coffee production, having only started in earnest in the mid-1980s. Zambia today has more than 18 large-scale coffee plantations, which adopt cutting edge cultivation techniques.

Floriculture is also a new trend. Sixty varieties of roses are produced in Zambia, with species such as Tropical Amazon, Noblesse, Astra, Circus, Enigma, Dream, and Chelsea finding much success. Together these varieties account for 95% of the country’s total flower production. The primary market for Zambia’s flowers is Europe, with more than 98% of its roses sold through Dutch auctions.

In order to conform to industry standards, the Zambian Government, in collaboration with export growers, set up the NRDC/ZEGA Training Trust in 2014. The trust’s main aim is to train farmers on the safe use of agricultural chemicals, in particular the safe use of pesticides and herbicides. High freight costs and the current fluctuations of world currencies are the biggest obstacles to the industry’s further expansion.

Exotic local fruits such as guava and indigenous edible flowers such as the Chikanda (orchid stamens), and high quality organic honey, have also been encouraged by the government as high-return niche agricultural products.