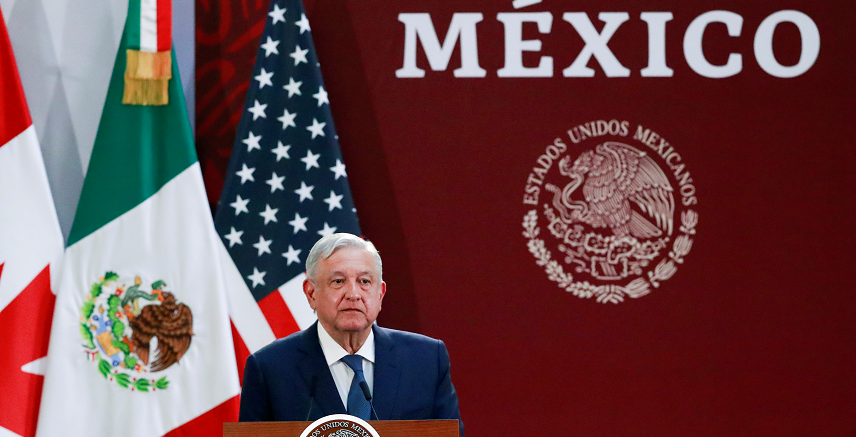 Share on:
Debated and finessed since 2018, the US, Canada, and Mexico have revised the new mutual commercial agreement.

International attention has been monopolized of late by trade-related sparring between President Trump and Chinese counterpart Xi Jinping, given the consequences for global growth.

And yet we’ve just witnessed the inking of a trade treaty that will have major consequences for the US, but this time with its Northern and Southern neighbors.

Proving again that realpolitik wins the day, the deal has survived Trump’s rhetoric around immigration and less than complimentary language towards his Canadian opposite Trudeau.

The numbers confirm Mexico’s weight in regional trade. For one, as a high-tech production hub in its own right, the country also exports close to USD40 billion in computers, TVs, and other digital equipment to the US.
And yes, that makes it the next biggest computer exporter after China, with the US its key target.

The auspicious signing of the renewable Canada-United States-Mexico Agreement (CUSMA) on November 30, 2018, on the fringes of a G20 Leaders’ Summit, heralded a 16-year sunset deal. Hardly virgin territory, the prototype dates back to 1994, when the three nations forged the North American Free Trade Agreement (NAFTA), promising mutual wealth generation.

So what’s the Big Deal?

Well, President Trump secured bipartisan support for USMCA in the House of 385 votes to 41 on December 19, 2019, making USMCA a fait accompli, and this just a day after impeachment. Known colloquially as “NAFTA 2.0″ it features amendments to certain key topics.

These include environmental standards, intellectual property protections, and digital trade, scarcely an issue back in 1994. They also cover pharmaceuticals trade as the Democrats insisted on a shorter term before generic drugs could compete with biologics to ensure cheaper alternatives.

The deal covers the vital automotive sector, worth USD115.8 billion including accessories and components. Numerous US automakers produce in Mexico, and the deal’s country of origin rules up the costs of manufacturing to disincentivize producing abroad. Market observers, however, anticipate firms opting to pay the punitive tariff of 2.5% to maintain the status quo. In the new deal, 75% (65% under NAFTA) of a car’s components must have manufactured in Mexico, the US, or Canada to enjoy zero tariffs.

Mexico has accepted—with a conditional five-year delay—USMCA’s steel provisions, namely a definition of North American steel and aluminum under automotive rules of origin, as those metals are actually melted and poured in North America.

Democratic support was also contingent upon labor issues, namely a means of incentivizing US firms from relying on cheaper labor in Mexico. Accordingly, the text stipulates that 40-45% of automobile parts need to involve the efforts of workers taking home at least USD16/hour by 2023. For its part, Mexico has pledged to labor law granting better worker protection and wider unionization.

This is but a cursory glance at USMCA, which the present White House, with familiar humility, has labeled “the biggest and best trade agreement in the history of the world.”

It’s worth considering that such a complex undertaking will have its “hold-on-a-minute” moments. Mexico bemoans being ‘blindsided’ on the matter of US inspectors popping into factories for spot checks on compliance. Meanwhile, US companies are unlikely to stop relying on cheaper labor in the South.

And yet, when we consider the lugubrious mood of international relations, USMCA shows that signatures are forthcoming when door number 1 hides a lesser evil than door number 2.