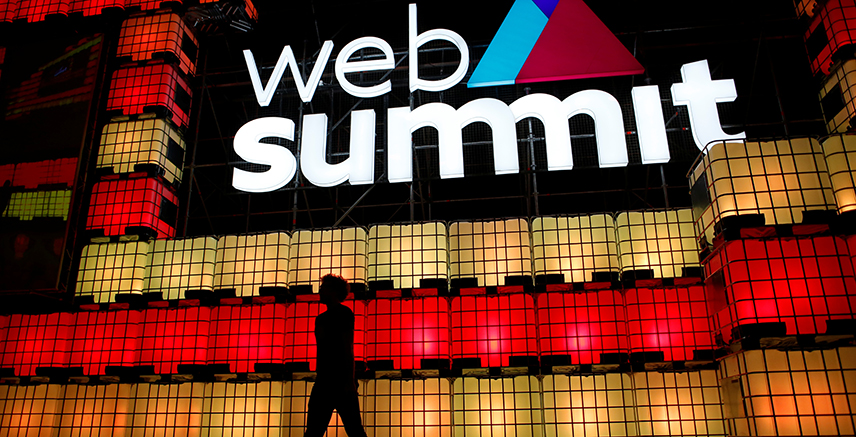 What we learned in Lisbon

There are not many places around the world where one can hear someone shouting “frontend mobile app development for USD15 an hour!” repeatedly to a group of passersby.

But last week Lisbon, or more specifically the Lisbon International Fair and Altice Arena, was one of them.

However, though these figures sound impressive, the feeling on the ground was a bit different. Hordes of people crossed the pavilions in seamlessly endless waves. The talks, most of them timed at 20 minutes, felt more like window-dressing than actual attempts at sparking debate and understanding of new tech trends.

The booths were so numerous that one hardly had the time to actually speak to the teams behind the projects.€¨

All in all, it is an event made for the press rather than individual attendees.

But behind the scenes is the “Forum,” an invite-only “gathering of 500 top global decision makers from the public, private, and citizen sectors.”

If you are granted access to this exclusive gathering, attendance costs almost USD30,000 for the three days. €¨It is understood that it is in the Forum that the real summit happens, where the real issues are debated and where the real deals are made.

However, a lot was going on in the main halls as well.

From major WWE fighters talking about the relevance of video entertainment beyond TV, Hollywood actresses and music stars talking about how the internet is hijacking the music industry, to Caitlyn Jenner speaking about transsexual issues in the modern world, the conference had it all.

Subjects like the place of women in the tech world, or how the advent of Artificial Intelligence will change the way we deal with businesses, understand our homes, and interact with each other, were covered comprehensively.

The clearest focus this year was emerging blockchain technology and the rise of digital currencies. A number of ICOs were actually launched during the summit, and the number of blockchain-based companies had grown considerably when compared to the 2016 event.

But the diversity of opinion among panellists about the future of blockchain technology and the changes it will bring to peoples’ lives really underlined the importance of this topic.

One interesting highlight was the news that the Gibraltar Stock exchange is officially launching an ICO for the funding of Gibraltar Blockchain Exchange. The first cryptocurrency exchange platform backed by a regulated state body, the announcement reinforces the sheer diversity in policy among the nations of the world, and contrasts sharply with the prohibitive approaches of many other governments.

A notable issue with the conference was the lack of representation of African companies, innovators, and governments.

South Africa and Nigeria were exceptions from an otherwise unrepresented continent. South Africa in particular had a more consistent presence, with start-ups focusing on tourism, e-commerce, events, or recycling all maintaining show booths.

Taking into account the over 300 start-ups focused on fintech that are today active in the African continent, it seems that there could have been a lot more to show.

If African start-ups remain estranged from the globe’s biggest tech meetings, it will be all the more difficult to bridge the investment gap in the continent’s technology sector.

All in all, the Web Summit was in many ways a perfect mirror of the tech world today, professedly focused on gender equality, overly dominated by European and American interests, but above all, a lot of flair and entertainment that make the audience forget the fact that the real deals are done behind closed doors.