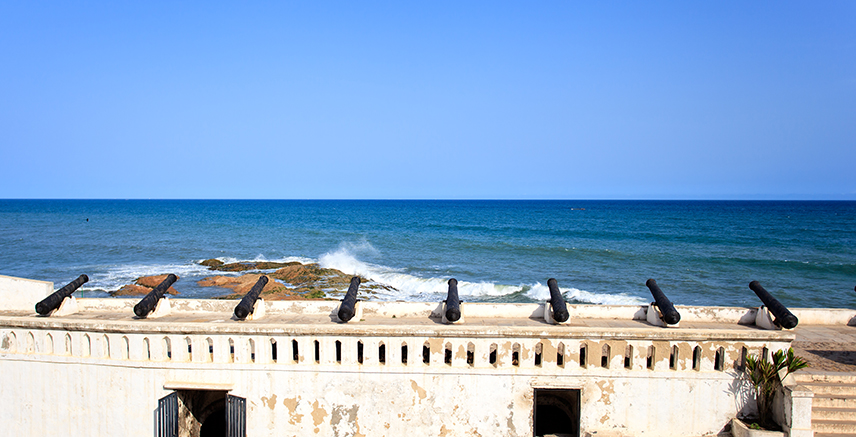 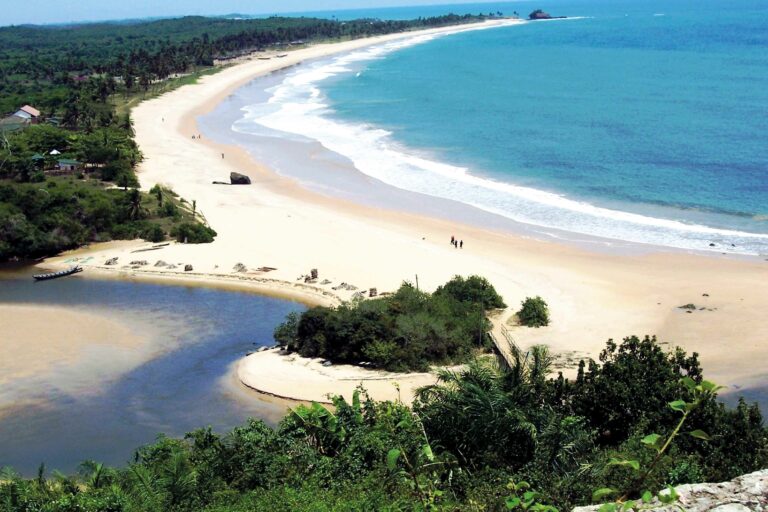 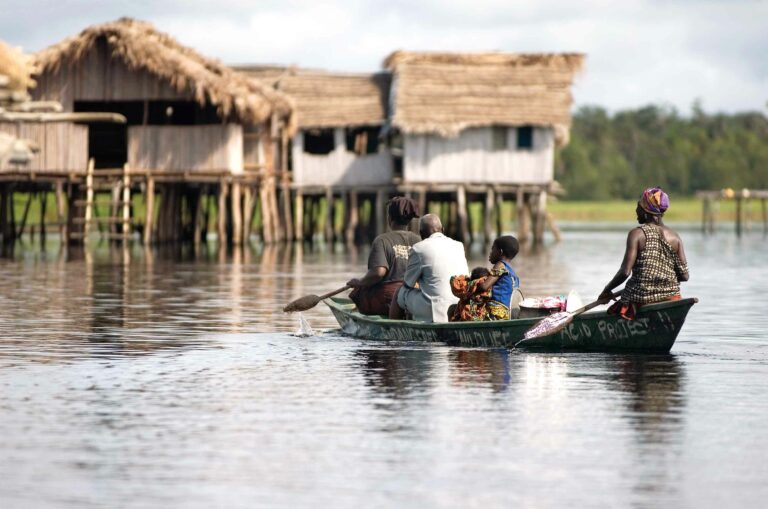 A dynamic engagement in promotional activities abroad has increased awareness of Ghana as a destination, both for African and international tourists.

Tropical West Africa has all the attractions visitors to the continent could desire. Situated close to the equator, Ghana enjoys an average monthly temperature of around 25 degrees celsius, and a diverse climate influenced by two main air masses, that of the hot dry Saharan harmattan, and the southwestern monsoon system. To the north of the country, bordering the Sahel, the region is dry for much of the year and is covered in forested savannah, with summer rains marking the change in seasons. Much of the rest of the country’s ecosystem is affected by the Volta and its tributaries, which drain the majority of the territory and ultimately combine to form the massive Lake Volta, the largest manmade lake on earth and an attraction in itself. The southern coast comprises of hundreds of kilometers of pristine beaches, while rainforests define the region nearer the western boundary with Ivory Coast. The coast also features many castles and forts used during the colonial period to both provide defense from naval attacks and to sort slaves for transportation to the New World. As such, these sites are of considerable importance for human history, and represent a darker period from which Ghana has emerged to become a modern and inviting nation.

Ghana is often considered the perfect introductory country for first-time visitors to Africa by travel journalists and commentators, given its relatively comprehensive transport infrastructure, stable political system since the early 1990s, and absence of a restrictive and prohibitive visa regime for tourists. The importance of tourism for the Ghanaian economy at large has long been accepted by authorities, and though efforts to implement legislation and establish defined support systems for the sector have been only slowly introduced, the industry is finally coming into its own. The various Ghanaian governments that have ruled since the 1970s have considered the development of the country’s tourism sector a priority for national development, and a major economic growth engine. However, more energy and cap

ital were expended on the leading sectors of cocoa, gold mining, and oil and gas exploration and exploitation, resulting in insufficient funding for the nascent tourism industry.

The lack of solid data covering all aspects of the sector is, however, a major challenge to more efficient development in the field. Without a strong statistical base, decisions have been made in the past based on insufficient or non-existent research, leading to poor planning and policymaking that hampered tourism in the past. The Plan notes that this is one of the areas ofhighest priority for sectoral growth, and has identified the attainment of adequate funding for the main state organizations involved in the sector as the principal course of action. The Ministry of Tourism and the Ghana Tourism Authority are to receive increased public financial support going forward in order to counteract the effects of so-called “Dutch Disease,” or the typical overreliance on energy assets, and work toward diversification of the national economy.

Closer liaisons with the Ghana Airports Company Ltd (GACL) is also planned to allow for the collection of data regarding visitor expenditure, a key indicator for elaborating sectoral policy. Based on available data, authorities have stated that the gross contribution of foreign exchange to GDP from tourism stood at just over 4.5% in 2013, and is predicted to rise to 5% in 2017 and as high as 5.7% in 2027, the last year of the government’s plan period for the tourism sector. According to the World Travel & Tourism Council, the sector directly contributed 2.9% of total GDP as of 2014, and was forecasted to rise by over 5% in 2015, with an average growth of 4.5% per year for the following decade. Including indirect contributions to the economy through auxiliary segments, tourism contributed 6.7% to GDP in 2014, with an average rise of 4.5% annually until 2025. Income generated by tourism is expected to rise to $1.5 billion by 2017, and to a total of $4.3 billion one decade later.

This growth is being encouraged by a robust marketing campaign that has been introduced over recent years by the Ministry of Tourism. Important source markets are being focused on with a view to increasing awareness among target groups. An important segment of Ghana’s tourism industry is based on business travel, with a full 32.7% of spending coming from business visitors, according to the World Travel & Tourism Council. A key element of marketing campaigns and a central strategy for promotion of the country’s touristic offering abroad is its political stability and relative security when compared with other destinations in West Africa. In addition, a more concentrated effort is being made to develop branding and awareness in other African countries, in the hope that Kotoka Airport’s growing role as a regional hub will also galvanize potential visitors from continental markets. Accra hosted the United Nations World Tourism Organization Conference on Branding Africa in August 2015, at which ministers and delegations from African countries came together to discuss ways to improve the promotion of their various tourism sectors internationally. With over 30 airlines serving Accra on a daily basis, the connections are already in place to expand the sector locally. Additional initiatives have been established to make the sector more efficient and advance policy to attract more visitors. The Tourism Development Fund (TDF), set up in 2012, works to source funding for the improvement and modernization of the industry at all levels. Aside from direct state funding, there is a 1% charge for tourists when paying for hotels or other touristic facilities. The money collected in this manner is then utilized to pay for representation at major international tourism conferences and to purchase equipment and renovate buildings and sites frequented by visitors.

al activity in the sector, allowing Ghana to sustain its position as the tourism capital of West Africa. Abundant natural attractions and a rich history, combined with upgraded leisure amenities and services, will draw more visitors than ever over coming years, and will establish the sector as a viable alternative to the energy and mining operations that have dominated in the past.