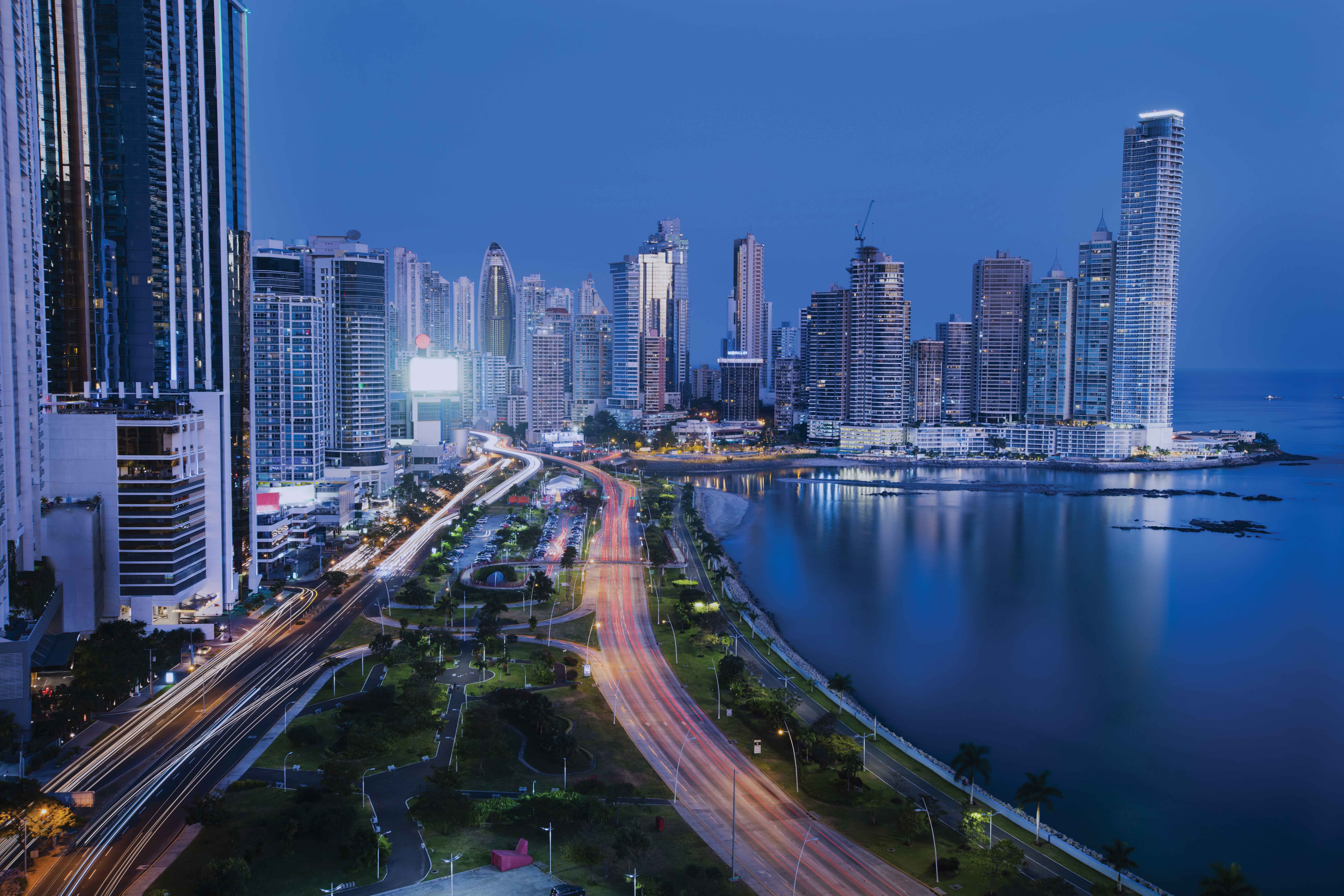 Where the Market is King

The bedrock of a financial hub, Panama’s banking sector evolved from the vigor of independence in 1903, when the economy was receiving much attention from Washington, keen to realize the development of the canal. The nation has retained the USD as its currency, and in an anomaly of sorts, it lacks a central bank, whereby the banking system, and the currency itself, are entirely market-driven. Subsequently, in 1971 a new banking law sealed in writing the liberal nature of the International Banking Center (IBC), stipulating that interest or transactions generated in the financial system would not be taxed. It is no surprise then that while the sector a year earlier had numbered 23 players, just over a decade later the number was 125, mostly international institutions, and with assets of close to USD50 billion.

In March 2017, The Latin American Federation of Banks (Felaban) issued certain comments in defense of its sector. Firstly, it opined that it was erroneous to automatically link Panama’s financial system with tax havens, while acknowledging that international standards were “mandatory” to curb illicit capital. The federation added, too, that the now infamous term “Panama Papers” was misleading in that those involved had broken their own national laws, and not those of Panama. In the latest development regarding Panama’s recent debacle, the Superintendency of Banks of Panama (SBP) in March ordered a 30-day extension for the reorganization of the Balboa Bank & Trust with a view to its potential sale. Balboa Bank had last May been under control on the same day that Washington placed Panamanian business group Waked on the proverbial Clinton List of drug lords, along with 68 other firms of Abdul Waked and nephew Nidal Waked, a senior executive of the bank.

Actually, despite a swathe of reputation-tarnishing revelations, including this year’s woes involving construction firm Odebrecht and oil concern Petrobras, the banking system has suffered little tangibly, being self-regulating. In short, in the absence of deposit insurance, or a lender of last resort, strict corporate governance principles are at play. Simply put, bad loans would, otherwise, be borne by the stockholders, anathema to an institution. Yet the Panama Papers did underline persistent failure to tackle anti-money laundering, hence spelling reputational risk for the system per se. Indeed, Panama’s financial hub status faces perceived risk from the 30% or so of general licensed bank deposits deriving from abroad, with the potential to be more opaque in origin. The SBP has responded swiftly to the scandals, naming and shaming banks that had received compliance-related fines in the interests of international best practices. The overarching objective is for financial products to be aligned with the principles of the Organization for Economic Cooperation and Development (OECD) and the Financial Action Task Force (FATF). Fitch Ratings, while welcoming such regulatory overtones, maintains a negative sector outlook for Panamanian banks. Nonetheless, while similar risk is observable elsewhere in Latin America, Panama’s hugely internationalized economy is mitigating the fallout of recent aberrations. The World Economic Forum’s Global Competitiveness Report for 2016-17 ranked Panama’s ability for financial services to meet business needs fifth, and the affordability of its financial services sixth out of 138 countries.

Banked, but not Evenly

A telling anecdote on the potential for broader gender inclusion in Panama’s financial universe was shared in a TBY interview with Aimee Sentmat de Grimaldo, the President of Banistmo, the country’s second-largest bank, originating in Colombia. She started by revealing that World Bank data ranks Panama among the highest by overall banking penetration, at 88%. Yet, “Interestingly enough, this is not the same for women; 40.2% of whom have an account at a bank,” while in 2015 “46% of women went to a financial institution seeking credit, and just 11% of that number was able to obtain financing from a formal institution.” As she goes on to explain, this did not signify that they had walked away with no financing, but that worse yet, “they likely approached the informal market, which is extremely expensive.” And pinpointing a large potential SME market to tap, she concluded that while “in terms of small companies, 44% were owned by women, just 4% have access to financing.”

Meanwhile, referring to an economic sector that employs 40% of the workforce, albeit generating 3% of GDP, Rolando J. de Leon de Alba, the General Manager of Banco Nacional de Panama, confirmed the institution’s dedication to that sector’s development, where BNP’s investment exceeds USD500 million. Its commitment comes from the awareness that the nation needs “to achieve sovereignty regarding the production of our own food.” And while the nation portrays itself “as a service-based country (…) we do not want to forget about the primary sector.”

Panama’s IBC, the regional frontrunner, operating to strict Basel principles, and with liquidity and solvency levels comfortably above those stipulated by banking law, is a key component of the nation’s service-driven (c.80% of GDP) economy. At 59.29% by January 2015, for example, the level had all but doubled the stipulated 30%. Established in 1970, today it features 92 banks, employing over 20,000 people, while assets accounted for roughly 10% of GDP in 2016. The Liquidity Coverage Ratio (LCR) of Basel III compliance features a minimum coverage of 60% and with a 10% annual rise until 100% is achieved by January 2019. The system is renowned for its agility, while a sizable international presence expands the footprint and boosts competitiveness. As of 2016 the nation’s banking system was comprised 51% of local assets and 49% of foreign assets.

Assets held by its banking system had grown by over USD4 billion in 1H2016 alone, as the country continues to work towards more transparency in its financial services sector. Total assets printed at USD99.6 billion by end 1H2016, rising 4.6% YoY. In particular, loan portfolios climbed 7.2%, while total deposits of close to USD73.4 billion for the period were up 5.3% YoY. Profitability, nonetheless, was dented by 2.4% to around USD615 million in light of government moves to restore a positive international reputation through stricter checks and balances. According to the Superintendency of Banks, a positive trend is evidenced in domestic loan portfolio growth of 9.3% through November 2016. Loans to the private sector had climbed 9.7% YoY. Encouragingly, too, the decline in foreign loans was interpreted as prudence in times of international uncertainty. As of November 2016, YoY, the strongest growth in total value stemmed from mortgages at USD1.62 billion, followed by consumption, up USD1.34 billion and construction on USD976 million. In terms of the composition of sector debt, mortgages (30%) claimed the lion’s share of the market, trailed by commercial loans on 23% and personal consumption on 21%. Mortgages granted amounted to USD14.66 billion, up USD1.62 billion from the same period of 2015. As of November 2016, monthly average liquidity in the local banking universe was at 60%, broken down into state-owned banking at 70.8%, foreign banking at 67.7%, and Panamanian banking at 45.2%, rendering the system resilient to short- and medium-term delinquencies. And at YE2016, total assets of the IBC printed a 3.3% YoY rise, scaling a historic peak of USD121.08 billion. The system boasted a 63.3% liquidity level and 15.2% capital adequacy index. Superintendency data indicates that domestic loans to the private sector portfolio, the main asset in the system, at USD48.63 billion at YE2016, had risen 8% YoY. This was most in evidence in retail banking, where credit cards rose by 19%, consumption loans by 13%, personal loans by 13%, and residential mortgages by 12%. Construction bridge loans, too, grew YoY by a robust 18%. Meanwhile, confirming the system’s portfolio pedigree, non-performing loans with a delinquency of over 90 days claimed just 1.2% of the total portfolio.

It would be remiss not to swiftly mention the leading Panamanian bank, Banco General. It operates 68 branches and roughly 465 ATMs, and has representative offices in Mexico, Central America, and Colombia. For YE2016 it printed total assets of USD16.4 billion, up YoY from USD14.8 billion. As at YE2016 total loans of USD10.8 billion were up 10.4% YoY, while deposits received from customers, up 7.5% YoY were at USD10.8 billion. In late October 2016, Fitch Ratings affirmed its viability rating (VR) at ‘BBB+’, and its Long-Term Issuer Default Rating (IDR) at ‘BBB+’ with a stable outlook. The ratings were driven by its vibrant franchise and dominance of most business segments and products. The agency also noted sustained profitability where loan growth had averaged at 11.1% between 2013 and 2015, relatively stable interest margins, and low credit costs. And as of June 2016, non-performing loans were at a negligible 0.98%.

Panama has its work cut out to salvage a dented reputation, or perhaps better yet, establish a new one far removed from the ask-no-questions era. This it is fortunately endeavoring to do. In concrete terms, its financial universe is already resilient to the slings and arrows of international travails. This renders it the bedrock of sustained growth in the broader, yet predominantly services-driven economy.