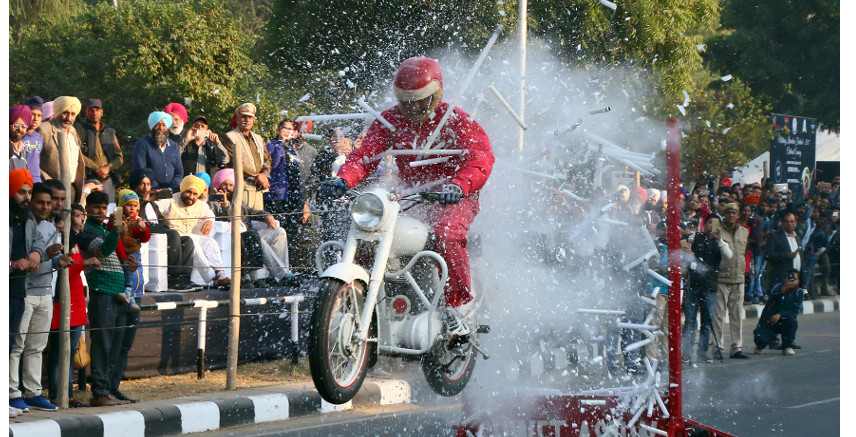 Economic Ties with the US

Share on:
Aggressive diplomacy has led to a surge in US-India military and economic ties over the past decade. Is it real, and is it sustainable?

One of the most important but least discussed geopolitical developments of the past decade is the growing military-industrial ties between the world’s first and fifth-largest economies, the US and India.

They also happen to be the planet’s first and fifth-largest military spenders with the second and third largest standing armies, after China, with roughly 1.4 million military personnel each.

Both countries import the bulk of their hardware; India buys more than 60% of its arms from abroad.

Given New Delhi’s longtime Cold War friendship with the Soviet Union, Moscow still supplies 62% of said imports. But with sales from the US having grown six-fold in the past five years alone, the Russians (and Chinese) have good reason to fear the tide may be turning.

Expected to become the world’s most populous country by 2024, India stands in an odd psychological vacuum within the US’s geopolitical imagination.

Whereas most US citizens have an opinion about Russia (bad; varying levels of scary) and China (bad; increasing levels of scary), India usually evades categorization. Outside the Pakistani op-eds, the two countries’ increasing military ties seem to have stirred up fewer emotions than Kate Middleton’s third pregnancy.

From inside the Beltway, so far only the conservative US establishment has been pushing for greater US-Indian ties.

In February the National Review called for the US to support India’s 20-year bid to join the Asia-Pacific Economic Cooperation, while last July the Wall Street Journal gave Prime Minister Modi room in its pages to celebrate both countries’ “democratic change as an instrument for renewal and resurgence.”

Seconding the conservative Heritage Foundation’s call for India and the US to further reap the “the benefits of allied status without the formal architecture that goes with it,” the National Review also called on the US to strengthen its ‘quadrilateral relationship’ with India, Japan, and Australia as a means of reminding China that the Indian Ocean shall remain true to its nomenclature.

‘Formal’ or not, an architecture certainly exists. After much buttering up by Bush and Obama, in December 2016 India became the US’ first ‘Major Defense Partner,’ a status never before bestowed on any land.

But does this amount to anything more than selling arms and containing China, both favorite pastimes of Republican armchair revolutionaries?

Defined as a push to facilitate trade and the transfer of technology, the ‘partnership’ at least goes some distance toward defining what’s become a flourishing military-economic relationship for well over a decade now.

Long overshadowed by the Iranian and North Korean nuclear programs, it is often forgotten that until 2005 the US had an onerous 30-year sanctions regime in place against India for its successful detonation of a nuclear weapon in 1974.

This included separating its civilian from military nuclear programs, allowing the International Atomic Energy Agency (IAEA) to keep an eye on the former, and a promise not to transfer nuclear technology to third parties.

Since then, neither defense establishment has looked back.

In a sharp reversal of fortunes from the cold war, by 2000 Indian PM Atal Bihari Vajpayee was on record saying India and the US were “natural allies.”

By autumn 2017, then-Secretary of State Rex Tillerson was emphasizing how the Trump administration’s “vision of a free and open Indo-Pacific [was] supported and protected by two strong pillars of democracy—the US and India.”

First and most obvious is the creeping fear of rising Chinese power in the region and a mutual desire to see a chaotic but thankfully democratic India push back against Beijing.

Hence the calls for more ‘quadrilateral’ arrangements of one kind or another—though the fact that New Delhi plans to spend USD150 billion on weapons in the next 10-15 years does not hurt.

Second is rising US frustration with Pakistan’s failure to rein in its more ambitious strains of Islamic and Pashtun militancy. Though longtime military allies, the ties that bound Washington to Islamabad during the Cold War were the same ones that kept it at a distance from India.

Since 9/11, the US is now somewhat freer to play the field.

Third is simply economics. Bilateral trade between the countries, while meager compared to China or even South Korea, nearly tripled between 2006-2016, from USD45-USD114 billion. And US FDI in India has grown by 500% since 2015, a phenomenon dubbed by some the ‘Modi effect.’

As the Indian prime minister himself reminded the Journal’s readers, India is reciprocating.

Not only will his country import more than USD40 billion in energy from the US in coming years; it is also helping Lockheed Martin establish a joint-production facility with Tata Advanced Systems to produce 200 F-26 Block 70 fighter jets as we speak.

Dotting the I’s and T’s

Skeptics, of course, still have much to grouse about. Not only is US-India trade still 40% less than US-South Korean commerce: Indian students alone spend USD6.54 billion in the US each year, nearly three times the latter’s total FDI in India (USD2.3 billion).

Moreover, given that the ‘benefits’ of a military alliance ‘without the formal architecture’ are unlikely to accrue to a certain party in time of war, New Delhi should not hold its breath should things kick off in Kashmir or Arunachal Pradesh.

As for talk of newfound friendship, it was still John Bolton, Trump’s new National Security Advisor, who most strenuously opposed India’s efforts to gain a permanent seat on the UN Security Council as George W. Bush’s ambassador to the UN. Though he is said to have softened his stance on India, the US leadership is still far from dotting its forehead í  la Justin Trudeau.

Nor should the US defense industry get too cocky. As Russia moves this month to finalize a USD6 billion deal to sell India five S-400 Triumf missile systems, the nail is hardly in the coffin on the much older Delhi-Moscow military dalliance.

All the same, a new chapter has opened since 2005—one that Islamabad, Beijing, and Moscow will do well to watch. Liberal mongrels have won the day before; they may just do so again.