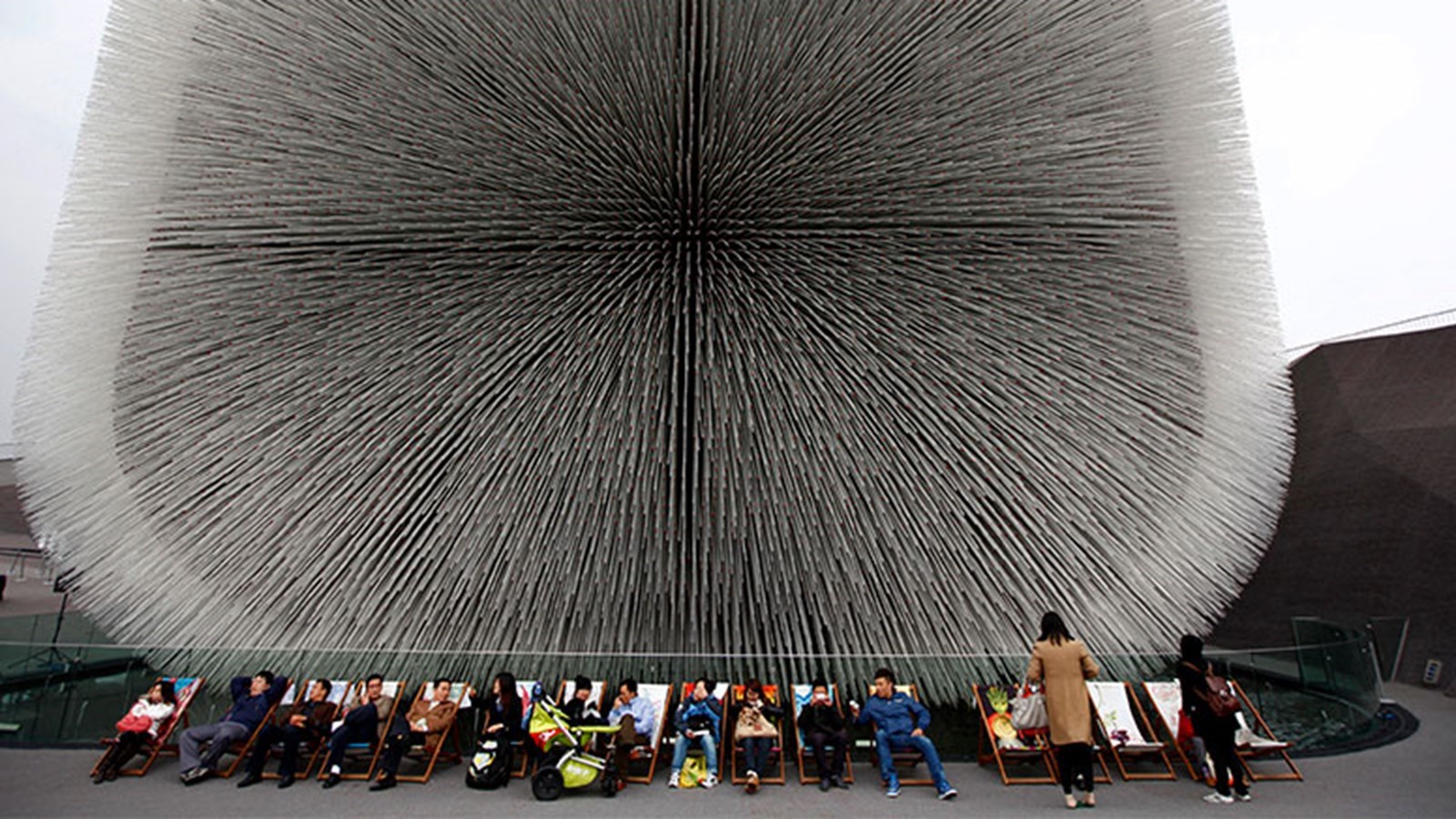 Why are emerging markets hosting more?

Share on:
The legacy of world expositions can be easily spotted in Europe’s capital cities, but why are emerging nations increasingly playing host to the event?

Visitors rest in front of the UK Pavilion at the Shanghai World Expo site in Shanghai October 28, 2010

The legacy of world expositions can be easily spotted in Europe’s capital cities. Buildings like the Victoria and Albert Museum and the Imperial College, built for the UK’s 1851 “Great Exhibition,” are still standing as centers of culture in London. The Eiffel Tower was erected for the 1889 World’s Fair in Paris, and many other examples can be found in the metropolises of old Europe.

World expos have been around for over 150 years, but over this time the event has been an inherently Western concept. After all, in the mid-19th century, few nations could rival the industrial powerhouses of the UK or France.

In fact, during the first 50 years of the event, only seven countries hosted world expos. The Austro-Hungarian empire hosted one in Vienna in 1873, while the US hosted one in the 1870s and another in the 1890s.

Down under, Australia’s Melbourne hosted one in 1880, while Spain brought the universal exposition event to modernista Barcelona in 1888.

Belgium held its own in Brussels in 1897 with the theme of “Modern Life;” Paris hosted the event five times during the second half of the 19th century alone.

The dominance of Western economies is easy to explain in this period. These showcases of technological and engineering developments soon became the best way to find new clients from distant nations, with trade becoming a central element in the events.

After the second world war, the focus of the event shifted from technology and trade to a sense of shared human experience, an attempt to integrate disparate countries and foster understanding. However, the profile of the host countries remained unaltered. Australia, the US, Canada, Japan, and Western Europe remained the dominant actors.

The only exceptions of notice, until the 1990s, was the 1949 world expo in Port-au-Prince, Haiti, held to celebrate the bicentenary of the foundation of the city and aimed at showcasing Haitian culture to the world. The event was held at a cost of USD1 million, a quarter of the country’s annual budget at the time.

The nature of the expos changed with the world around them. And after the fall of the Berlin wall and the end of the Cold War, it came time to face a common challenge: sustainability.

The themes for the expos are revealing. “Transportation and Communication: World in Motion – World in Touch” was the theme for Canada in 1986, while “Leisure in the Age of Technology” was held in Brisbane, Australia, in 1988.

“The Activity of Young People in the Service of a World of Peace” in Bulgaria in 1991, contrasted with those of more recent expos.

For instance “Better City, Better Life”, in Shanghai 2010, “The Living Ocean and Coast” in South Korea in 2012, and last but not least, “Future Energy”, which is the subject of Astana’s Expo 2017, reveal a new set of concerns for the international community in the 21st century. Emerging economies are taking the lead in the foregrounding of sustainability as a theme.

This thematic shift has taken place in parallel with another change; since 1990 these host nations have taken a different approach to hosting the event.

The world expo is today a marketing platform. Nations from across the globe use it to rebrand themselves and to reduce prejudices stemming from the past.

It is, then, not surprising that a country like Kazakhstan, a former soviet nation which remains relatively obscure to investors despite its massive hydrocarbons deposits, would be willing to host the event.

Dubai will host the 2020 World Expo, and is branding itself as a global trading hub focusing on innovation in technology and sustainable practices, an image quite different from the UAE’s profile as a leading oil nation.

China’s economic expansion and growing global influence, particularly with its new “One Belt One Road” initiative, demonstrates a willingness to open up to the rest of the world, an outlook uncharacteristic of the China of two decades ago.

There are too many variables to pin down one or another as the reason behind these changes, but it is hard to ignore how these events have become a mirror of broader shifts in international geopolitics.

The Bureau International des Expositions, the body in charge of selecting the host nations for the expos, has released the candidate short list for the 2022/23 expo, which includes ÅódÅº, in Poland, Minneapolis, in the US, and Buenos Aires, in Argentina, which would be the first expo in South America.

The candidates for the 2025 Expo are Japan, France, Azerbaijan, and the city of Yekaterinburg in Russia, not far from the Kazakhstani border.

Right now, all eyes are on the event underway in Astana, but it is possible that this event is also part of a trend in which emerging economies take center stage in global events, as global power structures remain in flux.