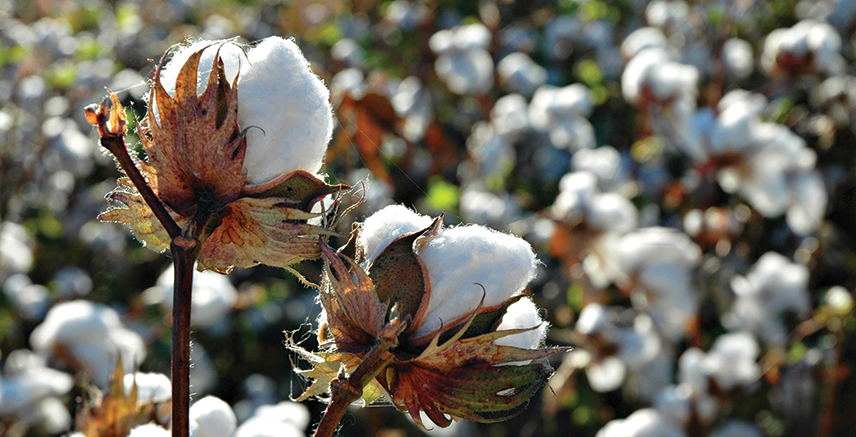 Share on:
Zambia's economy is exposed to China, and commodity exports are limp; however, a new focus on smaller sectors is slowly changing the national production matrix.

Zambia’s mostly successful economic liberalization and privatization program has improved governance, while the copper boom has been a catalyst for more than a decade of strong growth. In 2012, Zambia successfully issued its first international sovereign bond offering raising $750 million to support new infrastructure projects, and was oversubscribed 23-fold. It has since carried out two more such issues, with similar success. The World Bank ranks Zambia among the best countries in Africa to do business and among the fastest growing economies of the world.

However, it hasn’t been a great year for copper producers, and with Chinese regulators hunting “collaborators with foreign forces” in Beijing, a dim global outlook and long-term depression in commodity prices are spurring Lusaka to trim the fat wherever possible and hunker down for the long haul. Firstly, the government has announced plans to trim the budget deficit to less than 5% of GDP in 2016, down from an anticipated 6.9% for 2015. This entails moderating spending by reducing the impending public-sector wage bill but maintaining other public spending. In a nutshell, all spending is coming under closer scrutiny

However, Zambia is an emerging economy, and as such, can count on catch-up growth to keep its markets moving for years to come. The economy grew by 6.7% and 5.6% respectively in 2013 and 2014 according to the World Bank, in line with the 6.5% average annual growth registered between 2010 and 2012. The national economy is driven by the mining, agriculture, construction, retail, and transportation sectors. Investment expenditure has been strong, driven in part by FDI related to mining and retail activities that are tailing; however, investment already in place is expected to keep growth rates at around 6% in the medium term.

Over the last decades, profound internal migration has driven an urbanization trend that has pushed and pulled the economic evolution of the country. While many rural farmers were forced to abandon their occupation for economic reasons, others were drawn by the promise of higher paying jobs in urban centers. Every year, 4.15% of the population shift from rural to urban settings. According to the Minister of Housing, by 2030, the majority of Zambians will live in cities. Perhaps the most indicative display of this trend has been the decline of agriculture’s contribution to GDP. In 1995, it accounted for 60.1% of GDP and two decades later had fallen to 12.1%.

The key now is to increase productivity amongst a dwindling workforce by modernizing and industrializing the sector, increasing production capacity and reducing dependency on seasonally variable rain-fed agricultural production. Doing so however is contingent on extending credit to a population of farmers where lack of credit is the norm. Only about 15% of Zambia’s arable land is currently cultivated. Only 30% of irrigable land is irrigated, and a mere 1% of the country’s agriculture is mechanized. Traditionally, farming has been concentrated in staple foods such as maize, which has a minimal export value. To increase the value of farm products, the government is promoting cash crops such as tobacco, flowers, cotton, coffee, tea, paprika, and fresh fruit.

In numbers, exports were as follows: refined copper (44%) raw copper (29%), corn (5.5%), raw tobacco (4.9%), and raw cotton (2.5%). With 73% of exports related to copper, and 48% of exports heading to China, Zambia’s economy is overexposed to China, and current conditions have both the public and private sector actively searching out new markets. To meet this goal however, Zambia must first diversify its economy.

Developing its tourism sector is an area where this strategy is succeeding. With a new visa regime, the establishment of a low-cost carrier, tax incentives, and a multi-million dollar advertising campaign, tourist numbers are expected to rise by half a million in 2015, followed by a long-term growth in the sector. The challenge now is to repeat this success in less cash-intensive sectors such as agriculture and education.

In less positive terms, Zambia’s reliance on copper exports is battering its balance sheets and whereas in the past, mining companies were major investors in the country, ongoing investment is tepid. Once extracted, getting commodities to the market presents another challenge. The country is landlocked. Zambia has entered into trade agreements with coastal countries; however, the process still adds days, and sometimes weeks to the process.

Despite immense potential for low-cost electricity generation through hydroelectric, Zambia is still plagued by limited production. The national transportation network is similarly undeveloped. Unemployment, especially among the youth, is another impediment. This stems from a fundamentally inadequate education system and from a lack of jobs. While copper mining brought in the FDI, much of the value was transferred back out of the country, especially when exported in its raw form. Since copper mining is a capital-intensive extraction and exporting process, the number of jobs generated is nowhere near that generated by tourism or agriculture. To address this, the government is working to bring more of the value chain in-country, but under current circumstances, this is a daunting task.

While challenging, the country is adding jobs between 2008 and 2012, the economy added 962,382 jobs and in 2015, 118 new schools were erected. With 5,000 new teachers this year and a bolstered education budget, Zambia will not lack the skills required for new positions for long.

At 7-8% the country’s inflation rate has been controlled by tight monetary policy. Inflation averaged 7.0% in 2013 and 7.8% in 2014. Zambia has maintained single-digit inflation largely through lowering food prices and through monetary policy. To contain inflation and depreciation pressures in 2014, the Bank of Zambia (BOZ) raised the policy rate, increased statutory reserve ratios, and intervened in foreign exchange markets to contain inflation and reduce depreciation pressures. Continued energy subsidies have also helped keep prices low. At the same time, too much market manipulation can scare away FDI, meaning that the Monetary Policy Committee, the Bank of Zambia, and the government are playing a complicated game.

Zambia’s credit markets are constricted as of late, and one driving factor has been a rise in government lending that has driven T-bill rates over 20% in 2015. A volatile exchange rate in late 2014 that extended into 2015 led to depreciation. Between May and August of 2014, the kwacha devalued by 7% which has both positive and negative implications. After rallying somewhat in early 2015, downward pressures on the kwacha re-emerged in 1Q2015 reflecting a rising US dollar strength and lower copper prices.

On the downside, Zambia runs a fiscal imbalance in the area of 8%, meaning that projects funded in dollars or euros are growing increasing more expensive with time. Conversely, with a free-floating currency, the value of commodity exports is rising in terms of PPP. Moreover, as a net energy importer, the low price of oil is working in Zambia’s favor. According to the World Bank, 2015’s oil bill will be 37% lower than 2014 levels. In March 2015, Fitch affirmed Zambia’s credit rating at ‘B’, but revised the outlook down from ‘positive’ to ‘stable’ due to poor policy coherence and credibility.

Domestic factors such as a growing fiscal deficit, diminishing government deposits and a change in the fiscal regime that adversely affected the outlook for the mining sector also degraded the currency. However, as of September 2015, Finance Minister Alexander Chikwanda and Central Bank Governor Dr. Denny Kalyalya were both clear the country would not resort to currency restrictions in any form. By this point, the kwacha had fallen to almost 10 against the dollar. And with foreign currency reserves falling to below $2 billion, the most likely path will be deep cuts to the government’s budget.

The securities were sold at 97.257% of face value, giving investors a yield of 9.375%. According to Bloomberg, these rates make it the most expensive dollar debt issuance for an African government. They climbed to 9.67% just days later. As Africa’s second-biggest copper producer, Zambia had to pay a hefty rate as prices for the metal slid to six-year lows and its fiscal deficit blew past government’s targets.

Opposition politicians have voiced concerns about filling state coffers through bond issuances that will take years to pay back, and not always at favorable rates. While they may enable continued social programs, policy makers must prove that these strategies can create value, jobs, and diversification.