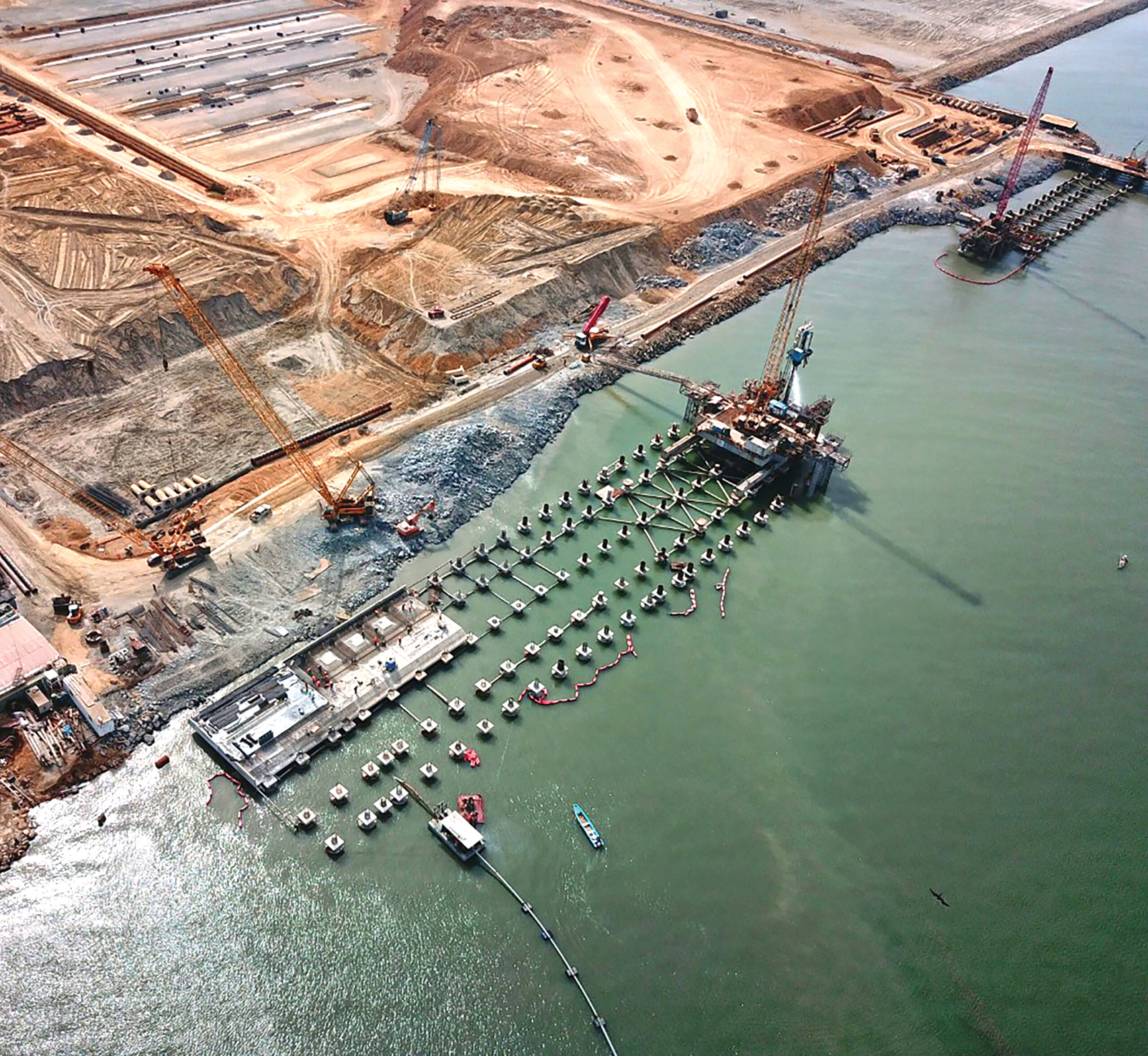 Share on:
Posorja Port has the required expertise, government support, and environmental management plans to become a blueprint and an enabler for all prospective investors entering Ecuador.

In June 2016, Dubai-based port and terminal operator DP World was awarded a 50-year concession from the government of Ecuador for the development, construction, operation, and maintenance of the country’s first deepwater port in the district of Posorja, located about 85km southwest of Guayaquil. This was a result of direct negotiations between DP World and the Port Authority of Guayaquil. The project is aimed to help fuel economic growth and further connect Ecuador with international markets, but there is much more to it than meets the eye.

It is estimated that the total investment for the project will be USD1.2 billion, and the port operator expects to create 500 jobs during the operation of the first phase, construction for which kicked off in July 2017. Set to be operational by 2020, the first phase includes a 750,000-TEU terminal, a 400-m deep pier, 15 Rubber Tired Gantry (RTG) cranes, a 20-km road, four quay cranes, and a safer access channel to the 16-m deep and 21-km long Guayas River. After the completion of the first phase, the port will have a 100-ha footprint and will boost a 15-m draft compared to the Guayaquil port’s 9.75m.
Once fully completed, the project’s total footprint will expand to 350ha due to additional in-ground facilities, including a 100-ha logistics and industrial park that will be designated as a Special Zone of Economic Development (ZEDE) to create a regional trading hub by providing a number of opportunities for national and international companies. The second phase will also double the length of the terminal’s pier to 800m and the handling capacity of the terminal to 1.5 million TEUs a year; however, construction on the second phase will commence only when 75% utilization of phase one is reached, but that threshold is merely a mental barrier given the port’s key geographical location and its state-of-the-art facilities. Chief among them is the terminal’s pier, which is designed to handle Post-Panamax vessels. The pier will be managed by the N4 terminal operating system (TOS) developed by the US-based Navis, a provider of operational technologies and services that unlock greater performance and efficiency across the shipping supply chain. Similarly, the project has attracted China Harbor Engineering Company (CHEC) as well as key local companies such as Rivcon for the construction of buildings and Herdoí­za Crespo Construcciones for roads.

The participation of domestic players is a given since the project is a result of the government’s initiative to promote PPPs. Talking to TBY, DP World Posorja’s General Manager Jorge Y. Velasquez explained that “it is not about just providing funds; it is about having a strategy that is a win-win situation for the community and for DP World. For example, working with the government to create a technology institution in surrounding areas with low levels of education will train and develop the capacity of the young people. For us, it is about skills development, employment, and real empowerment.”

Similar to any other mega project, DP World Posorja has received its fair share of criticism regarding the project’s impact on the environment and the surrounding population. However, actions taken by DP World to counter those impacts have largely been brushed under the carpet. For example, the setting of the port required the removal of 10ha of mangroves, and in accordance with the Ecuadorean law that requires a reforestation ratio of one to six, DP World has already begun reforestation on Puná island. Moreover, DP World has adopted a Safety, Occupational Health, Community, and Environment Policy to promote good health by eliminating and preventing incidents with personal injuries; protect the environment through the reduction of waste generation and minimizing the consumption of natural resources; and collaborate with the creation of a safe society through strategic investments. Additionally, Environmental Management Plans (EMP) have been designed, including those to prevent greenhouse gases, monitor water consumption by each contractor, and manage solid and liquid waste.

To top it all off, by establishing a preliminary grievance mechanism for locals to direct their complaints, concerns, suggestions, or doubts about the project, DP World is cementing the fact that Posorja deepwater port is a win-win for all stakeholders.