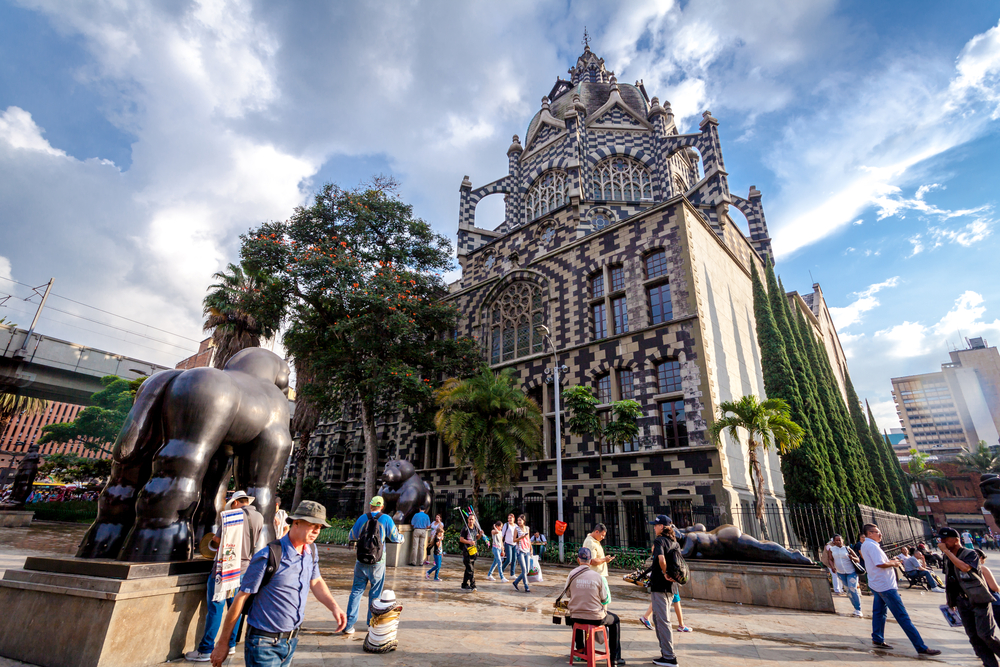 Share on:
Blatant economic imbalances underlie the informal economy, curbing overall economic progress, and state measures will need to welcome, rather than coerce, greater participation in its regulated counterpart.

Legislation, as with any socioeconomic sphere, is a cornerstone of labor dynamics. Colombia has labor-related legislation in place to safeguard unionization, although the 80s and 90s saw some hiccups. Official data from August 2017 indicated some 5,449 trade unions with 1.02 million members. Meanwhile, the 2006 Anti-Discrimination Law bans unequal treatment based on race, gender, family, or social status. Also covered are the rights of women and children in the workforce. A 30% quota for female candidates at all elections is in place, while Labor Code Section 236-239 assures women in both public and private sectors 18 weeks of fully paid maternity leave. Meanwhile, Colombia has ratified major international child labor conventions and in 2016 conducted 274 inspection in at-risk sectors compared to none a year earlier.

However, the above abundantly failed to resonate in the large black economy that denies the state tax revenue required for medium-term fiscal targets and social welfare, while subjecting many citizens to a perpetually meager living, exacerbated by structural inequality. The vast coca economy and rehabilitation of former FARC militants, while pertinent, are beyond our scope here.

Some Regional Context
Statistics reveal that 55% of Latin Americans have no employment contracts, social security, or pension to look forward to. Greatly overshadowing a steep youth unemployment print north of 40% is the fact that six out of 10 work informally. Roughly 20% of Latin America’s young, numbering 30 million, are so-called NEET, or not in employment, education, or training. Overall, 140 million Latin Americans amounting to over 50% of the working population perpetually labor in this social gray area.

Colombia’s Financial Black Hole
Colombia’s labor force participation rate rose to 65.1% in December 2018 from 63.1% in November, having peaked at 66.9% in October 2011 and troughed at 56.9% in January 2007. By December 2018, unemployment was at just under 10%, and the labor market has proven insufficiently flexible to meet higher labor force participation. A National Association of Financial Institutions report of 2007 put the size of the informal economy at 40% of GDP, with unregistered cash transactions of USD100 billion, actually exceeding the national budget at the time. For 2017, the figure of USD104 billion was stubbornly at 35% of GDP. Labor informality was revealed to impact 64% of the economically active population and 54% of small business owners. Bogotá’s street trade alone was estimated to generate a daily income of USD650,000.

Taxing Realities
Numerous studies, discounting ideological motives, point to familiar underlying factors of informal labor. One is low productivity, where inadequate skills or mechanization prevent commercially viable participation in the formal market. To this, we may add unchecked discrimination based on gender or other considerations preventing entry. And then there is the worker or employer who simply stays off the regulated and taxed grid of formal labor, based purely upon a cost-benefit analysis of prospective earnings. The latter, naturally, has the upper hand over the former. Colombia has seen comprehensive tax reform to boost revenues and business competitiveness by making the system more progressive. Yet, sticky structural imbalances have curbed success rates, while disincentivizing the tax payer.
The OECD Economic Survey of Colombia highlights the need for a sustainable economy that can withstand commodity price fluctuations, which requires tax revenues for related infrastructural investment. The 2016 tax reform incentivized sectors beyond natural resources by reducing the burden on investment, and as such is a contributor to Colombia’s consistent economic stability of recent years. Yet, while the nation is experiencing competitive growth thanks to new infrastructure, reduced corporate taxes, and higher oil prices conducive to investment, it remains unevenly distributed.
The OECD recommends a pension system reform to provide low-income workers with the motivation to seek formal work thereby inculcating a long-term perspective. At the same time, it has advised Colombia to address businesses’ non-wage labor costs to encourage entry into the formal economy. These range from statutory items such as social security and insurance contributions and labor taxes, to non-statutory employee services such as annual leave, transportation, or daycare, among others. In short, the scales of labor can only tip toward the light if resting on a system that outwardly fosters economic participation.