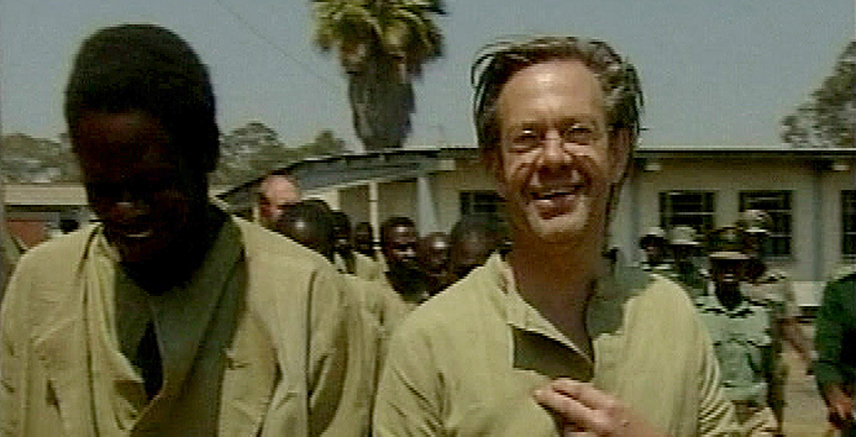 Why the African coup is dying

Over the past week, Zimbabwe’s long-standing president Robert Mugabe was placed under house arrest by the country’s military.

Tanks now cruise the streets of Harare and the army has control of the national television and strategic communications facilities.

Mugabe has been asked to step down, something he has not done as of midday Monday, yet the military has claimed that this is not a coup d’état.

Political, economic, and social instability in Zimbabwe is no novelty, but such a change in government would be. After all, Mugabe has been in power for 37 years, meaning that the larger majority of the population does not know life without him as the head of government.

In fact, there is growing discussion about the fact that coups d’état in Africa at large are becoming exceptions rather than the rule, and that success rates in military takeovers have lowered considerably over the years.
According the African Development Bank, between 1970 and 1989, during the height of the Cold War when the allies and the USSR exploited weaknesses in African countries to fight proxy wars and ensure access to resources, there were 99 coups in the Sub-Saharan region.

However, if we look at the last eight years, since 2010, the rate has lowered to 22 attempted coups in total; only three of these were successful.

In contrast, the rest of the globe registered only 14 coups in the last eight years. However, it is undeniable that the rate of the coups and their success has been decreasing.

Analysts have suggested a number of reasons for this apparent improvement in security.

Firstly, the rise of the middle class and of a young, better-educated generation with access to the internet and the ability to mobilize through social media has put pressure on governments to establish more stable and transparent regimes.

Secondly, regional integration, through the African Union (AU) and regional bodies like the Economic Community of West African States (ECOWAS) or the East African Community (EAC), as well as international pressure from the US and the EU, have placed pressure on would-be coup leaders. With these organizations and nations declaring that no illegal government will be recognized as legitimate and that economic sanctions would be applied in situations where civil governance was not reinstated, the prospect of mutiny has become less attractive. It is a far cry from the days of the Cold War when African regimes were largely at the mercy of the vicissitudes of US and Soviet politics.

Additionally, the economic development that some of the more stable countries in Africa have experienced over the past few decades also makes them resistant to actions that could again destabilize the continent. The emergence of stronger democratic institutions in certain nations has reduced recourse to violence, as political opponents across the continent use peaceful discourse to resolve disagreements.

Even when coups do happen, they tend to be less violent and more strategic than before.

However, another, subtler type of coup has been taking over the continent over the last few decades, known as the constitutional coup.

These are coups orchestrated by those already in power to justify retaining power longer than the constitution allows. Mr. Mugabe was behind such a coup himself, changing the constitution in 2013 to allow him to remain in government until the age of 97, which would be for the next five years.

Like him, many across the continent have used the same technique, brutally repressing those that oppose or protest against such moves.

President Obiang of Equatorial Guinea, the longest serving leader in the world, changed the constitution three times to allow himself to remain in power. He is, however, no stranger to the more traditional coups, having climbed to power in 1979 after staging an attack on his own uncle who was ruling despotically.

Angola’s Eduardo dos Santos stepped down this year, but to this point he had used the same constitutional coup model to rule the country for 38 years.

The Republic of Congo’s Denis Sassou Nguesso also changed the constitution in 2015 to allow him to continue after 33 years in power. He would be rivaling President Obiang for the title of longest serving leader if it wasn’t for a five-year bloody hiatus when he was ousted in a multi-party election in 1992 and reinstated after a bloody civil war in 1997, with help from dos Santos’ army.

One thing is clear, the nature of power grabs in Africa is changing, and despite Zimbabwe’s current predicament, fortunately the golden age of bloody coups d’état in the continent seems well behind us.