The UAE was the third Arab country to establish diplomatic ties with Israel, following Jordan and Egypt, and its move to normalize relations has triggered new optimism for peaceful cooperation in the region—Bahrain has also since taken steps to normalize ties with Israel, and at a ceremony at the White House in mid September attended by Israeli PM Benjamin Netanyahu and the UAE and Bahraini foreign ministers, President Trump suggested more countries could also take similar steps in the near future.

The economic benefits are also substantial, with the normalization of ties boosting trade and investment between the two countries. The level of UAE investment in Israel could his USD350 million a year, while Israeli exports to the UAE could be worth up to USD500 million a year.

Areas that offer up opportunity include aviation, via the introduction of direct flights, clean energy, including cooperation on solar energy and more, not to mention food and water security and high technologies, underlined by plans announced by UAE-based Group 42 to set up a subsidiary in Israel to work on AI and cloud computing.

Banks in the UAE are also in talks with Israeli lenders that could further boost bilateral trade and investment. And in the nearer term, firms from the two countries have already penned a deal to develop a COVID-19-testing device.

The move also suggests a shift in the UAE’s foreign policy approach, with potential for even greater synergy across a fractured region.

With all this in mind, The Business Year is set to gather a range of top business voices from across the UAE to discuss what stronger relations with Israel could mean for the economy, society at large, and beyond. 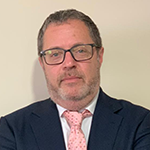 Co-founder and Cantor, Jewish Council of the Emirates Co-founder, AC Partners
Alex Peterfreund is the Co-founder and Cantor of the Jewish Council of the Emirates and Co-founder at AC Partners. Peterfreund is a highly professional and dedicated sales managing director with more than 30 years experience in the diamond and luxury sector. He began his career in 1985 and since then has worked for several large diamond manufacturing companies and jewellery businesses. He was general manager at Kerendiam BVBA and Pejmani BVBA in Belgium for 10 years prior to moving to Dubai in 2014 as managing director for Espeka Diamonds DMCC. 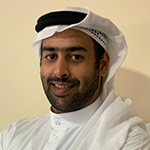 Banker and Co-founder AC Partners
Hamdan Al Kindi Almarar is Co-founder of AC Partners. He was born and raised in Abu Dhabi and holds a BA in business administration from the Al Hosn University in Abu Dhabi. He started his career as a treasury dealer covering the money market and FX for Al Hillal Bank prior to joining Falcon Private Bank Ltd as a relationship manager. He was responsible for acquiring new clients and offering solutions to the banks' HNW clients. Most recently he was appointed senior private banker at the Abu Dhabi Islamic Bank and has developed extensive knowledge about opening new businesses in the UAE and advising HNW individuals about business opportunities and solutions. He also holds several board positions at companies based in the UAE. 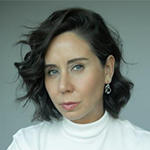 Managing Director UAE The Business Year
Neslihan Aydagul is the Managing Director for The Business Year in the UAE. Ms. Aydagul's experience in the research field pans to the early 2000s where she lead research projects in Qatar and Bahrain as well as opening her employer's offices in South East Asia, particularly in Malaysia and Brunei Darussalam. After successful launches, she switched her focus to the GCC, and has been based in the Gulf for the past 10 years, Saudi Arabia and the UAE particularly Abu Dhabi, during which time directed the production of 12 annual investment manuals and gained a wealth of knowledge and experience in the Gulf.

POWERED BY ZOOM
Get Directions