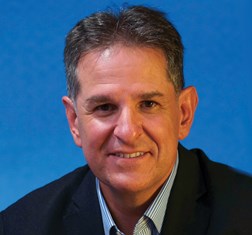 Mauricio Medina studied business administration and holds an MBA from the University of Illinois. He began his career in NUTRESA and went on to hold several leadership positions within the company’s different lines of business before moving to the presidency of Central Cervecera de Colombia in 2014.

What is the story of Central Cervecera de Colombia?
We are in an industry that has been very stable for many years. Central Cervecera de Colombia was a fresh investment that went into a sector that was run by only one big player for decades. The company is a joint venture between CCU from Chile and Postobón from Colombia, which made an investment of more than USD400 million to create Central Cervecera. Every stockholder has been supportive of our development in Colombia. In the case of CCU, which had a long presence in the Chilean market, it has been expanding and developing its capabilities in international markets since the 1990s. Therefore, Colombia is an important expansion, as it could be one of its top-15 beer markets globally. CCU brings its expertise in the production of beer and experience in how to compete in the international beer market. On the distribution and commercial side, Postobón has been a strategic player in the development of the local market with successful activities and results. Overall, our objective is to dynamize the beer industry in Colombia. During our five years of operation we have been developing capabilities in the commercial space and developing brands. We have also built a manufacturing capacity. It is important to have a local production in this industry due to the market structure. We have been performing well, increasing our understanding of the industry. We have also developed effective strategies to reach more consumers as well as move forward in this industry. Colombian consumers, particularly in certain areas of the country, are open to seeing more brands. The market has been growing, especially in the premium market for brands such as Heineken and Sol. For decades, Colombians did not have the opportunity to try new, international brands. A good thing about Central Cervecera is that it provides consumers in small towns the possibility to try new brands that previously were only available in main supermarkets in major cities.

What makes Andina different, and how were you able to break the monopoly?
Andina was born from a beautiful idea that is well aligned with the future of Colombia. Colombia is a country of regions, and there are different aspects that make it special. This diversity makes us special. We define Andina as Colombia in a beer; the aim behind it is to integrate all of the diversity within the country. That is happening in the beer industry, where there is a beer for the Paisas, the center of the country, and one for those on the Atlantic coast. We think this diversity multiplies. People see Andina reflecting that in the flavor profile. Moreover, in Carlos Vives, we have an outstanding ambassador for the brand. He works with our roots, sounds, and the way different regions behave. Together, we created a masterpiece, Dejame Quererte, where we collected all the rhythms of Colombia and combined them into a single song to showcase our diversity.

How is Central Cervecera working to promote responsible consumption in Colombia?
We have different approaches. First, we are following global platforms for responsible consumption. A percentage of our investment in Heineken goes to educating consumers about enjoying beer responsibly. We also have a “Don’t Drink and Drive“ campaign, which is global. Also, the company has specific corporate programs. For example, we have a program with the young people in the local community and via commercial outlets to educate people on how to consume alcohol in a responsible way. This is the beginning, as we are in the process of expanding the reach and scope of our program.