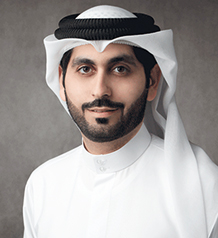 Share on:
TBY talks to Khalifa Al Shaibani, Director General of Tilal Properties, on the impact of the Tilal City project, the condition of the local real estate market, and goals for the future.

Tilal City was inaugurated at the end of 2014. Where does the project stand now, and how will it help meet Sharjah’s growing demand for property?

Tilal City is the first project of a joint venture between the government of Sharjah and Iskan Real Estate Development-Tilal Properties. Forging a partnership with the government was aimed at ensuring that quality projects are delivered. This was the first project in Sharjah that was guaranteed a 100-year lease hold for non-Arab UAE residents as per the Sharjah Executive Council’s orders. People are really connected to the UAE and prefer to stay here for the many advantages that the country offers. Arab nationals stay and live here more than 40-50 years in general. There has always been a demand for such a project, which gives buyers the confidence and security to stay here long term. Tilal City was the only project at the time listed for freehold for UAE’s Arab expats and GCC nationals, which is also significant. What makes it special is its convenient location, the facilities, the payment, and financing models and plans—basically everything about this project is unique and innovative for Sharjah, and it has the government’s backing, which provides further security to the market and landowners.

How would you assess the overall state of the property market in Sharjah?

There are many projects in place right now, all led by joint venture companies, and this is because the future of Sharjah is no longer about small and individual realtors, but about prominent real estate and property companies. The government has been working with renowned companies to supply the market with quality projects like Tilal City. This indicates a greater growth and vision for Sharjah in the coming years. The government targets stable and consistent growth for the city while prioritizing needs of end users in terms of offering stable and secure investment opportunities in Sharjah, too. The government also wants to prevent inflation and keep the market under control so that it does not overheat. The government has been playing a great role in assigning good plots, supporting developers with good infrastructure, and providing legal and financial backing, guarantees, and security. The government is also paying much more attention to creating a more beautiful and harmonious city, focusing on how projects fit in aesthetically and blend with public spaces and the population at large. For example, of the 25 million sqft in Tilal City, we reserved 12 million sqft, almost 48% of the project, for public services. In that regard, it is not just a closed and walled-off space for private residents here; a lot of it is open to the public and blends in with the rest of the city. This is unprecedented in Sharjah, where it is unusual for a developer to dedicate more than 20% of a project to public spaces. We also have a theme for every zone, and that is in line with the government’s vision to create a certain mood and feel for the city so that these projects can then fit in harmoniously with the rest of the city.

What are your targets for the next three years?

Recently we held an open day that attracted a good number of investors. Our next target is the announcement of Tilal Mall, which will be one of the biggest shopping malls in Sharjah. We want it to be a destination in itself, with a four-star hotel, many shops, and all sorts of other amenities. After that, we are looking at Tilal Residence and also Tilal Industrial, which will be an industrial city. There is very good demand for an industrial city here in Sharjah, with a few districts being converted from residential to commercial or industrial areas already. In the coming five years we foresee huge demand for more industrial plots, and that is what we are targeting with Tilal Industrial.