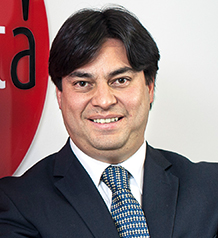 In addition to being the executive director of Invest in Bogotá, Juan Gabriel Pérez is a professor of international trade at the Jorge Tadeo Lozano University and a specialist in negotiation and international relations at the Center for International Studies of the Universidad de los Andes. He worked for 10 years in the Commercial Office of Proexport Colombia in Madrid, during five of which he was director.

Share on:
TBY talks to Juan Gabriel Pérez, Executive Director of Invest in Bogotá, on rounding a turning point, the opportunities for foreign investment in infrastructural PPPs, and finding the perfect investors for adding value on a local scale.

How would you evaluate the business environment in Bogotá over the past year?

Bogotá maintains an excellent business environment. Our agency has been named for the third consecutive year as one of the best investment agencies in Latin America and the Caribbean, which is a sign of the environment. Moreover, Bogotá ranks fifth in Latin America for having the most attractive economy to do business, according to America Economia. It is an attractive city to invest in; although there has been a small economic slowdown, the Colombian economy is still one of the fastest-growing in Latin America. Bogotá continues to be a city with one of the highest economic growth rates in Latin America. We are reaching a turning point and believe that 2018 will be better, since the peace negotiations in Colombia will begin to bear the fruits of economic growth and stability. The company was also awarded for having the Best Project in Latin America and the Caribbean at the Annual Investment Meeting (AIM) in Dubai.

Which sectors are currently the most attractive for investors?

Sectors such as medical devices, consumer products, pharmaceuticals, software & IT, and building materials are still strong contenders; however, the service sector must also be mentioned, given it generates 62% of Bogotá’s GDP. We are also currently promoting the creative industries, which is already giving some early results. For example, HBO has already entered Colombia to carry out cinematographic and television production work, not to mention others that have already entered the market in Bogotá, such as FOX and certain Spanish companies. We have also incorporated the health services sector: a large Chilean company offering telemedicine services has already entered the market. We are optimistic for larger infrastructure projects to also continue improving our competitiveness. The Bogotá Metro, improvements to the Bogotá airport, a wastewater treatment plant, an airport-city tram, public hospitals, cycle paths, and public parks are just the first that come to mind. For all these, foreign investment is welcome, given they are public-private partnerships (PPPs).

How has your Strategic Plan 2017-2020 evolved since we spoke last year?

From the beginning, we have supported more than 290 FDI projects in our city, which have generated more than 32,000 jobs. In 2018, we expect to get 40 new projects in the creative industries, infrastructure for city projects, biotechnology, cosmetics, pharmaceuticals, medical devices, professional services, construction materials, and processed food.

What is the main challenge for a company that wants to invest in Bogotá?

The most difficult thing for companies is to first identify business opportunities—that is where we come in. Rare is the company that does not invest in Bogotá after our advice; fully 95% continue the investment process after meeting with us. Our subsequent challenge is to grow in the national and international market, use Bogotá as an export platform, and always look for companies that generate the greatest added value to the city and generate more and higher quality jobs. These are our three main challenges to attract investment. We are proactive and go out looking for companies—we do not wait for them to come looking for us. We do over 30 promotion campaigns, of which more than 20 are abroad.

Bogotá is expected to outgrow the country in relative terms. What will drive this?

The first thing to do is bring new investors to the city and generate impact projects in the sectors where we are interested. This includes added value, quality employment, and innovation in using Bogotá as an export platform and attracting anchor companies here.