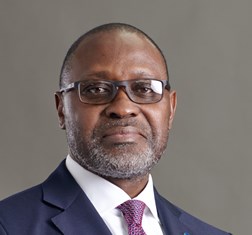 Bolaji Osunsanya has been at the company’s helm since 2007 and has led its subsidiary, Gaslink Nigeria Limited, since 2004. As the CEO of Axxela, he oversees the company’s gas infrastructure and virtual pipeline expansion program, independent power plant projects, as well as other ventures in the West African sub-region. Bolaji joined the company in 2001 as Head of Lubes and Specialties and, a few years later, was appointed chief marketing officer and oversaw nationwide commercial sales. Prior to that, he was a consultant with Arthur Andersen, Nigeria. He holds a bachelor’s and master’s in economics from the University of Ife and University of Lagos.

Share on:
As the government pulled back from investing in larger infrastructure projects, firms like Axxela came to the nation's rescue.

What has been the impact of the rebranding on Axxela’s identity and operations?

After 19 years, Oando Gas and Power sold its majority stake to Helios Capital Partners, and we rebranded as Axxela, a convergence of “acceleration and excellence.” The financial markets have created new room for us and come to accept the brand and understand what we stand for: excellence in pioneering gas businesses, continued professionalism, and asserting ourselves as the partner of choice to provide energy solutions for industries and other institutions.

Axxela has spent USD500 million on gas infrastructure development. How do you make such investments and expand the business in a capital-intensive industry?

A great deal of our early growth was project financing from the local markets; however, with the advent of new investors, we are now reaching out to larger international markets and development finance institutions (DFIs). Local interest rates were indeed high, though as we diversified, we managed to bring down the coupon rates. We are an infrastructure company, so we will always need funding; however, all the legacy debts have been paid, and any projects we embark upon today are matched to our current assets. We are constantly on the lookout for new investors, collaborators, and partners, and have broadened our partnership scope beyond just finance.

What is Axxela’s role in filling the gaps in the gas infrastructure in Nigeria?

There are other impediments to the sector’s development, though infrastructure is a big gap and the weakest link in the value chain. It is, therefore, an area on which we are concentrating our efforts. The government started out investing heavily, though that has stopped in the last 15-20 years after large projects were completed, and not much has been done domestically because the government cannot do everything. That was an opportunity for Axxela and other companies to fill in the gap. The issues that arise as we build infrastructure are winning the mandates to build the infrastructure, structuring agreements in a manner that works for all parties, and financing the infrastructure. Axxela has been able to create an ecosystem that creates a solution that one can take to the bank. In terms of contribution, Axxela has played a huge role and is one of the largest private sector players in the market. We have built over 240km of gas pipelines and a compressed natural gas plant; we supply over 80 million scf of gas per day, a figure that increases to 100 million if we include our West African businesses. Furthermore, about 400MW of power in Cross River, Port Harcourt, and Lagos, a fifth of what Nigeria generates today, is directly attributed to Axxela. Our impact in terms of GDP and putting money and jobs in people’s hands has been clear.

What is your take on the regulated gas price regime?

Gas is about scale; as you increase the scale, the denominator gets larger, and the average price comes down. That is how we need to protect the gas sector; we cannot let the sector go the way of the power sector, with regulated prices that stunt growth. We should allow the infrastructure to come in, and it will become clear to providers that they need to be competitive. There are many things we can do to push the sector forward; however, price regulation is not one of them. The policy says we will push the market to be as deregulated as possible, and import-parity will ultimately be established.